"The path you're supposed to follow is the only one that's left open in front of you." ~ Michael C. Ruppert 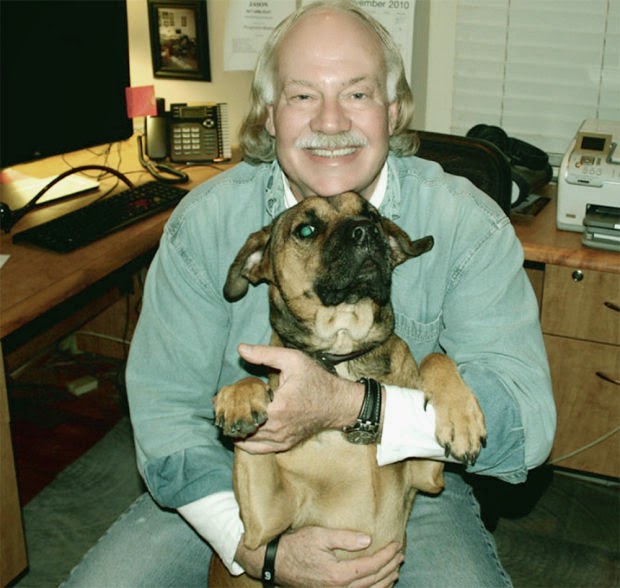 Michael Ruppert was found dead in Napa County at home just outside of the Calistoga, California city limits on April 13, 2014. Ruppert reportedly died of a single self-inflicted gunshot wound to the head. This has been confirmed by close friend and property owner/landlord Jack Martin. Martin is the man who found Ruppert's body.

Nationally known author Michael Ruppert died Sunday [April 13, 2014] of an apparent self-inflicted gunshot wound in Calistoga where he had lived for a few months on a friend’s property. He was 63.
A former Los Angeles Police Department officer who later became a political activist, Ruppert was found dead Sunday on a property in the 1100 block of Tubbs Lane, where he had been staying in a trailer for a few months, according to information from the Napa County Sheriff’s Office and business partner Wesley T. Miller of Lake Oswego, Ore.
Ruppert’s writing delved into a number of political issues, including peak oil, climate change, 9/11, public corruption and the Central Intelligence Agency.
“It’s been hard to stop crying the last couple of days,” Miller said from Oregon.
Napa County Sheriff’s Capt. Doug Pike said deputies were sent to Tubbs Lane after the property owner asked for a welfare check at 8:49 p.m. Sunday. Ruppert was found dead from an apparent self-inflicted gunshot wound, he said.
Miller said his friend shot himself after taping his last show for Progressive Radio Network, an Internet radio station. According to the radio station’s website, Ruppert hosted “The Lifeboat Hour.”
Miller posted his friend’s suicide note on Collapse Network, a news site Miller co-founded with Ruppert in 2010.
Ruppert had moved to Calistoga after leaving Colorado where he resided for 1 1/2 year, Miller said. A longtime Californian, he had also lived in Sebastopol. 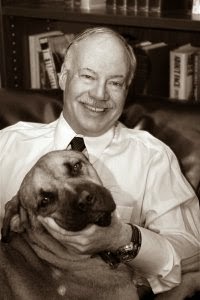 Collapse Network leaves little doubt about suicide being the cause of Ruppert's death. 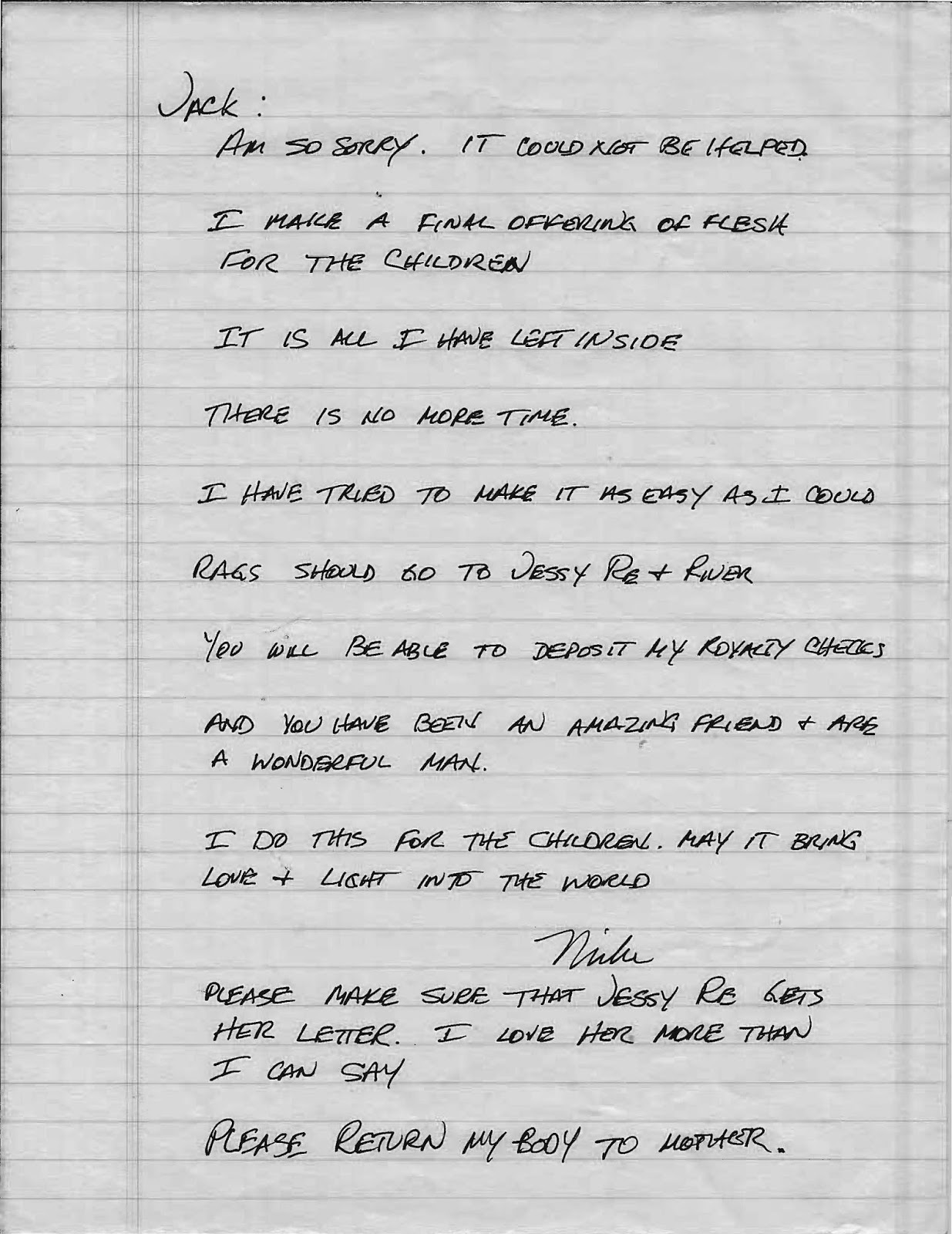 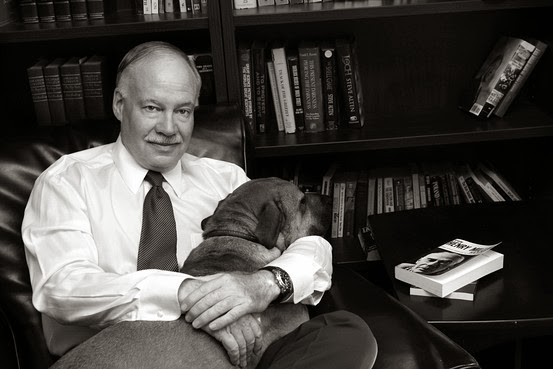 Generally, Ruppert was "described as a conspiracy theorist by numerous mainstream media outlets."

Michael C. Ruppert (February 3, 1951 – April 13, 2014) was an American author, a former Los Angeles Police Department officer, investigative journalist, political activist and peak oil awareness advocate.
Until 2006, he published and edited From The Wilderness, a newsletter and website covering a range of topics including international politics, the C.I.A., peak oil, civil liberties, drugs, economics, corruption and the nature of the 9/11 conspiracy. He served as president of Collapse Network, Inc until he resigned in May 2012, when he gave 35 percent of his 55 percent share back to the company's founders. He hosted The Lifeboat Hour on Progressive Radio Network until 2014.
Ruppert was the author of Crossing The Rubicon: The Decline of the American Empire at the End of the Age of Oil. He was the subject of the 2009 documentary film Collapse, which was based on his book A Presidential Energy Policy and received the New York Times' "critics pick". In 2014, VICE featured Ruppert in a 4-part series titled Apocalypse, Man. Source.


It is to be noted that Michael Ruppert's life was entangled with that of "Dark Alliance" newspaper journalist Gary Webb. On December 10, 2004, Webb was found dead from two gunshot wounds to the head. Sacramento County coroner Robert Lyons ruled that it was suicide, noting that a suicide note was found at the scene.

Ruppert, like Judge, had worked with Representative Cynthia McKinney. For example, Michael Ruppert was a participant in the Citizens Commission on 9/11, an all day event in New York City, on September 9, 2004, chaired by Rep. McKinney. This forum highlighted most of the best investigators and commentators on 9/11 issues, including Ruppert, John Judge, Barrie Zwicker, Michael Springman, Indira Singh, Jenna Orkin, Nicholas Levis and others.
Posted by Loren Coleman at 1:28 PM

So sad. You spoke the truth. You did all you could do. Rest in Peace! You are in a better place now.

You were the most heroic person I've ever known. And maybe the best.

I don't believe that either Michael C. Ruppert or Gary Webb or Danny Casalero, etc. committed suicide. I do hope they are enjoyin life in the hereafter in a better place than what this doomed planet has become. As a believer in karma and reincarnation, I take comfort in thinking that we will all be rewarded for our good deeds as well as being forced to make recompense for our bad deeds. May all seekers of Truth enjoy a positive afterlife.....D.Berg

I am former U.S. Customs and a Whistle-blower and I confirmed CIA personnel were at the U.S. Border in a restricted area as I stopped and ID'd them.
I am former U.S. Secret Service and I worked in Washington,D.C. FMD/WHD and protected Ford and Carter and all the Families and White House Staff 1974-1977 before transferring back tot he west coast.(SDPD, U.S. Mint Police/Treasury then U.S. Customs in 1983 to 1998 then Private investigator)

I knew and used to work with Mike Ruppert, Gary Webb and others and met with Mike and Gary with Congresswoman Maxine Waters who did NOTHING to help us.(Since 1995 when I first went "public") and at the "Crack the CIA Coalition" with Ed Asner whom I met with and the Family of Ricky "Freeway" Ross(who is now out of prison after about 20 YEARS)
I also met with mike at Florence & Normandy to meet with Black Panthers.(No responses)

Why I wasn't called as a special witness to the Judiciary committees, or in Congress
or the Border related committees is still an amazement as I also talked to Government officials at very high places and locally art the U.S. Attorney's office of Amalia Meza(Now a Federal Judge) and FBI Agent Greg Harmon(1995-1997) and Attorney general John C. Keeney in Wash.D.C. under Janet Reno.
Do you remember who was President then? Yes, Bill Clinton(Mena Arkansas)
I also know Terry Reed author of Compromised. (See my site at: www.customscorruption.com )
Also: http://www.customscorruption.com/page2.htm
I spoke to Mike after I heard of Gary Webb's death.
There are still many questions unanswered.
I am NOT satisfied and I have investigated strange deaths before and been a consultant
to various news services and radio shows and published in some tabloids like The Globe and National Enquirer.(NO longer as they Failed to pay my fees)
I have never been called in to testify or be debriefed.(All is being covered up by the Congress and the Oval Office)
I Used to work at the White House, West Wing, EOB, etc...and I know others who are supposed to report to the President. NDCP Director to just name one.
I have suffered Death threats and attempt son my life as well and I am still here but I do NOT have a "Pension" or Retirement cause I'm a "Whistle-blower".
I tried to get in touch with Mike years ago about the same time LAPD Officer Chris Dorner was having problems and was assassinated by the San Bernadino SWAT teams with Thermal Grenades.(Feb. 12, 2013)
There are "mistakes" in Mike's case.
Many thanks to "Jack Martin & Wes Miller" for their video which explains a few important things and where Mike was before his death.
I also know that Mike was "preparing" himself thru Native American purification procedures which is a done before a warrior goes into battle or any special ritual to make sure his Body,Mind & Spirit are at one with the Mother Earth.
I do not want to ramble on so here is my contact email: john.a.carman@gmail.com in case there is still someone else that may have know Mike like I did.
Due to "Security" reasons, we can exchange contact information or leave a number so I can call you. (MY number will come in as blocked)
God bless you ALL !