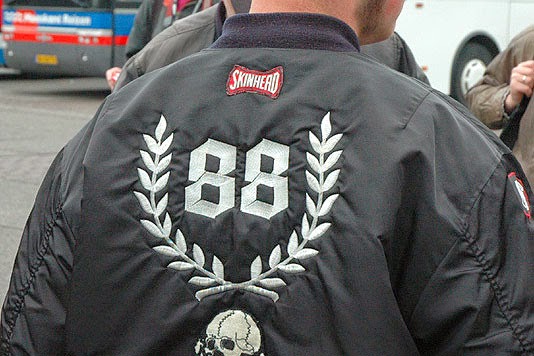 Skepticism that twilight language exists is low in Germany this week. Among Neo-Nazis there is a long history of a hidden code used via the numbers "18" and "88." "H'' is the eighth letter of the alphabet, and thus "88" represents the phrase "Heil Hitler." Similarly, "18" is used to stand for "A.H." or Adolf Hitler. 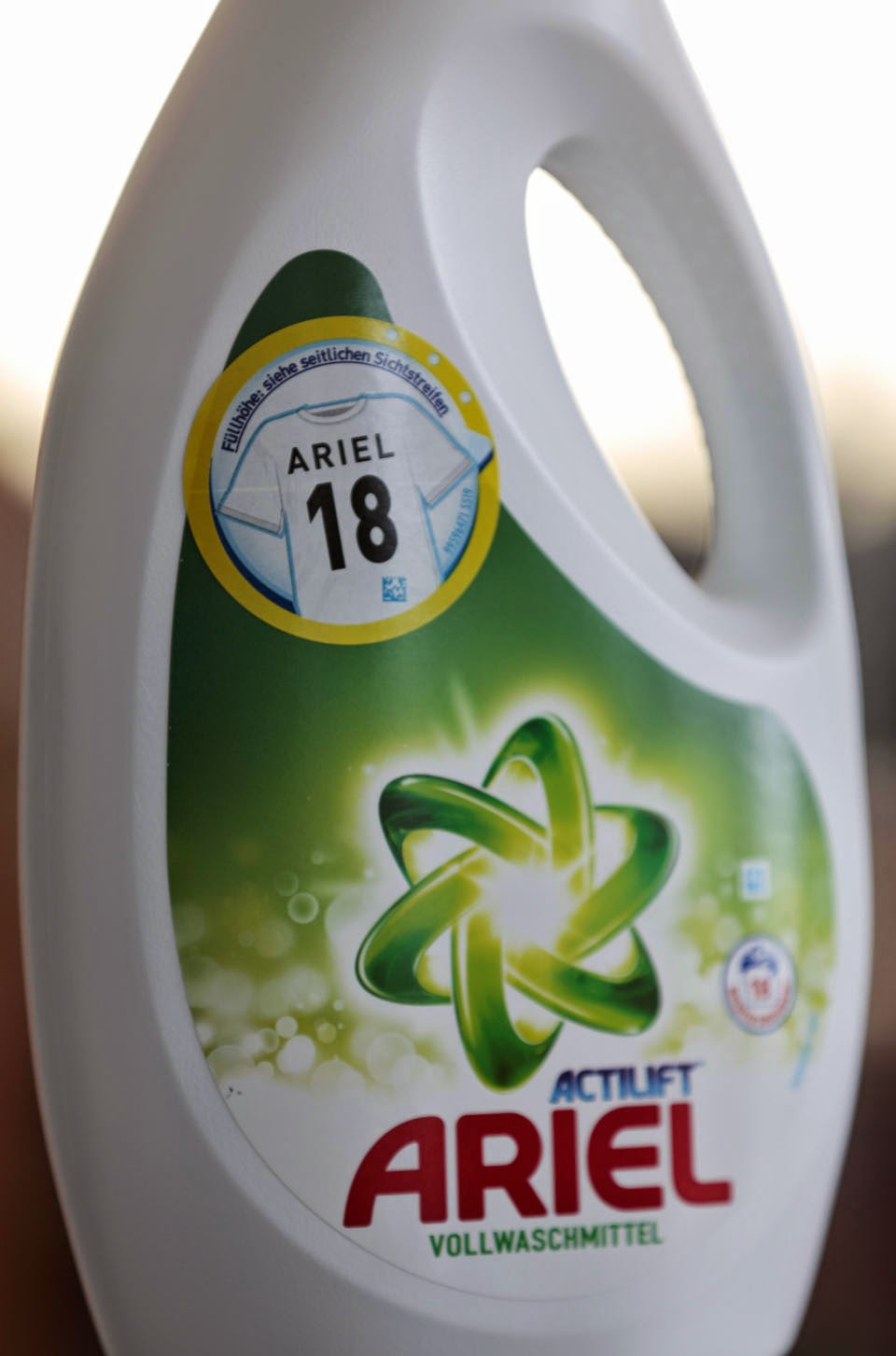 Procter & Gamble has apologized for "any false connotations" after stirring anger in Germany for unintentionally placing a neo-Nazi code on promotional packages for its Ariel laundry detergent. 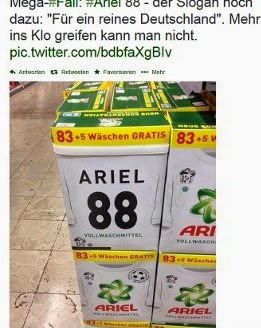 Outraged shoppers had posted pictures online of Ariel powder boxes featuring a white soccer jersey with a large number "88." The number is sensitive because far-right extremists in Germany often use it as a code to skirt a ban on the use of Nazi slogans in public.

Procter & Gamble acknowledged on 5-9-2014 that their use of the numbers was "unintentionally ambiguous." 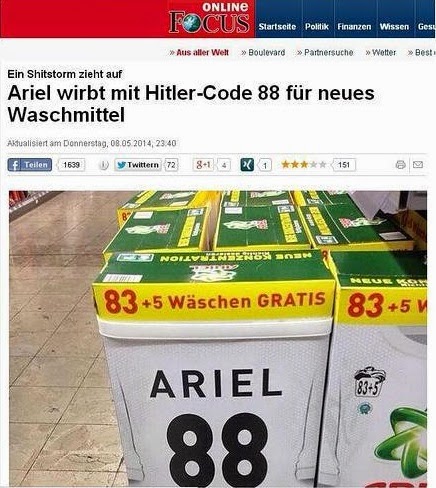 "We very much regret if there are any false associations and distance ourselves clearly from any far-right ideology," company spokeswoman Gabi Hassig said in a statement. The number "88" was intended to show how many loads of laundry buyers would be able to do with one package.

Haessig said the company has stopped shipping the offending powder, as well as a liquid detergent that was being promoted as "Ariel 18." The number also represented the number of loads that could be done, the company said.

The number 88 is also associated with the number 14, e.g. 14/88, 14-88, or 1488; this number symbolizes the Fourteen Words coined by David Lane, a prominent white nationalist. Example uses of 88 include the song "88 Rock 'n' Roll Band" by Landser, and the organizations Barselc88, Column 88, Unit 88, and White Legion 88. Gunman and author James von Brunn signed his works as "JVB-88." Currently, the Michigan-based ANP uses 14 in its domain name and 88 as part of a radio sign-off.

It is to be noted that the name Ariel is a Hebrew baby name. In Hebrew, the meaning of the name Ariel is Sprite, "lion of God." It is a Biblical alternate name for Jerusalem. It also is a name of a prankish spirit in Shakespeare's The Tempest.

This is not the first time that Procter & Gamble has run into problems with "hidden messages" in their ads. Certainly, a large outcry was raised when a new logo was introduced a few years ago. 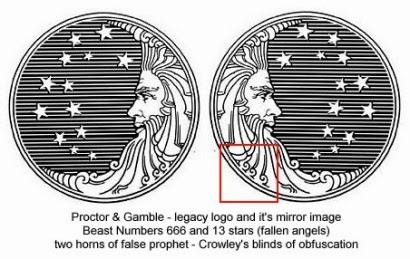 Posted by Loren Coleman at 4:41 PM

Another interesting item, if tangential, relates to the Enigma machine being captured on May 9th, 1941 by the Royal Navy.

Also May 9th is the date the unconditional surrender of Germany was ratified by the Allies and the Soviets.

Taking that into account, I wouldn't be surprised if something happened on August 8th this year considering its numerological significance.

You're missing the most fascinating part - the slogan "Fur ein reines Deutschland" - "For a pure (or clean) Germany".