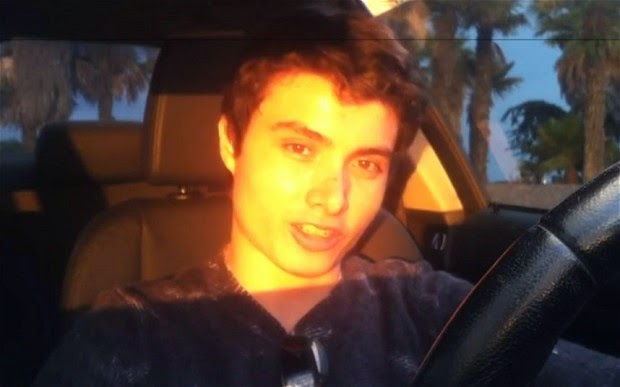 Brown said the suspected gunman was among the seven people killed in the incident, which occurred in Isla Vista (University of California-Santa Barbara). He said seven others suffered "gunshot wounds or traumatic injuries." One of those victims is said to have "life-threatening injuries."

Witnesses identified the gunman as Elliot Rodger. Sheriff's department personnel are investigating a video in which a man identified as Rodger details plans for "retribution" and "revenge against humanity" prior to the shooting. Rodger had left a now-infamous youtube video recorded a few days before his rampage blaming young women who had apparently rejected his advances. Rodger took his own life with a bullet to the head as Sheriff's deputies closed in on his crashed car.

Rodger was born in London, England, and moved to the United States when he was five years old. He was raised in Los Angeles. His mother is Li-Chin Rodger, a Malaysian research assistant for a film company, and his father is British filmmaker Peter Rodger, whose credits include working as a second unit assistant director for The Hunger Games. His stepmother is Moroccan actress Soumaya Akaaboune. His paternal grandfather was photojournalist George Rodger. He had a younger sister and a younger half-brother.

Rodger attended Crespi Carmelite High School, an all-male Catholic school in Encino, Los Angeles, and then Taft High School in Woodland Hills, Los Angeles. He graduated from Independence Continuation High School in Lake Balboa, Los Angeles, in 2010. He attended Santa Barbara City College, writing in his manifesto that he dropped out of all his classes in February 2012. The school said he was no longer taking classes.
The first Isla Vista massacre on record occurred when UCSB freshman David Attias killed four students on the night of February 23, 2001 by slamming his car into several parked cars and pedestrians on the 6500 block of Sabado Tarde Road. Although initially charged with four counts of murder, four counts of vehicular manslaughter with gross negligence and five counts of felony driving under the influence, Attias was later found to be legally insane.

Belgian Foreign Minister Didier Reynders, said he was "shocked by the murders committed at the Jewish Museum" on Saturday afternoon. He said he had seen the bodies of the victims.
Interior Minister Joelle Milquet said at least three were killed in the incident, and a Brussels fire department spokesman said one person was wounded.
No details were immediately available, but according to RTBF, a Belgian broadcasting company, a person with a backpack opened fire then fled.
Police have closed off the area around the museum, near the center of Brussels, and numerous ambulances were at the scene. 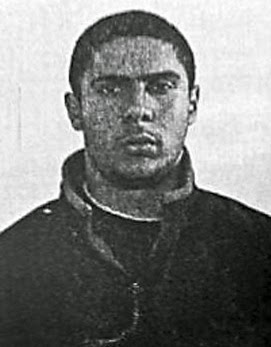 During the first week of June 2014, a suspect, Mehdi Nemmouche, was arrested in France. Nemmouche recently spent a year in Syria and is a radicalized Islamist, French officials said.

Isla Vista was the scene of riots in the 1970s in which the Bank of America was burned.

They have really posted his video on a lot of mainstream sites, also many that should know better. Probably the celebrity angle was too irresistable. One thing i noted in the video...at a point he mentions the word "Hedonistic" as if it was somehow forced in.there. Its like he hesitates. It made me.think of Seung Hui.Cho's video statement. I think Rodger was particularly inspired by Cho, having same "motivations"

How is this for threads of coincidence.

The Isla Vista shooter was the son of an assistant director of the Hunger Games. The author of that novel lives at ... Sandy Hook, the cite of another infamous mass killing.

From wiki: "As the child of a US Air Force officer, Collins, born in Connecticut in 1962, ...Collins's father, who lectured in military history at West Point, left to serve in Vietnam when she was six and returned traumatised. The family was later posted to Brussels ..."

The shooter in Islam Vista is the son of an assistant direct of the Hunger Games.

The author of the novel, Hunger Games, is Suzanne Collins. She lives at Sandy Hook, the site of another mass shooting.

As a child, Suzanne Collins was in a military family, and they were posted to live in ... Brusells.

I feel it may be important that former Homeland Security Secretary Janet Napolitano left her post to be the President of the U of California system,and is currently making the TV News circuit discussing the shooting.

to summarize the symmetrical strangeness, the son of the asst director on Hunger Games committed acts of violence symbolically similar to that in the film exactly 182 days after the 2nd and 182 days before the 3rd film.

I like where your head's at, CVG.
Not a lot of chatter re: Rodgers on the CT forums that I see. If I had to wager I guess, I'll go with the 'clinical misogynist' armchair diagnosis by one YouTube uploader over MK-Ultra-esque mind control patsy/psy op to further denigrate 2nd Amendment protections.
Up Loren's alley, 'Elliott' seems to be a name-derivative of the Biblical Elijah, which might have some 'ritualistic End Times' connotations to it (if one is willing to go there).
The only other Rodgers that I know of that has hit the popular culture in a meaningful way in the past few weeks is Steve Rodgers (aka Captain America). The Winter Soldier sequel distinctly references 'A New World Order' as well as a host of other conspiracy theory mainstays, such as mind control.
Looking forward to a LC update!

The two israelian people killed in the Brussells jew museum were named MYRIAM (Mary) and EMMANUEL(Jesus) Riva (http://www.richardsilverstein.com/2014/05/26/israeli-murdered-in-brussels-worked-for-mossad/).
On the 25th, pope Frank was in Bethleem.

Quite a number of whispers and echoes in those dates and names. Many thanks for the info.