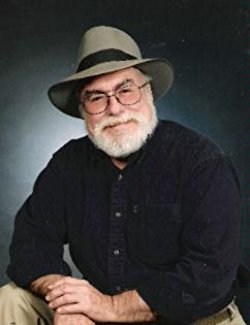 On Wednesday, August 2, 2017, the family of Jim Marrs alerted friends that Jim died on this day from a heart attack. He had been in decline for a bit, but his spirit drove him onward.

I met and appeared with Jim a couple of times - once in Laughlin, Nevada, in 2003, when Jim was talking about future technology and I was speaking about unexplained phenomena, and another time in Dallas in 1992, when we both were on the "Strange & Convienient Deaths Panel" linked to the JFK assassination.

Jim and I shared tables next to each other in Nevada, and we talked for hours about our mutual interests in the unknown.

As a reporter, Jim had investigated many Fortean stories, including UFOs and monsters. Indeed, as Craig Woolheater reminded me this evening, Jim was the reporter that covered the Lake Worth Monster in front page articles on July 10 & 11, 1969 in the Fort Worth Star-Telegram. 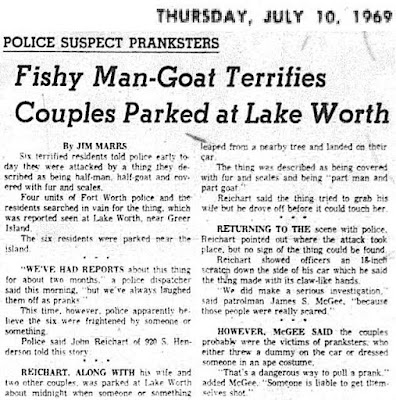 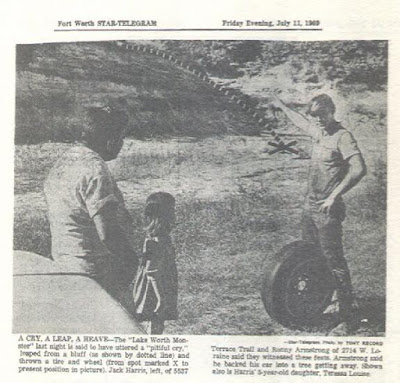 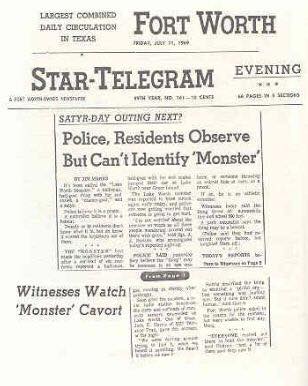 Jim was a great person. Sorry to hear of his passing.


The standard biographical background information, obtainable via Wikipedia in the past, is posted here for those unaware of Jim's broad range. 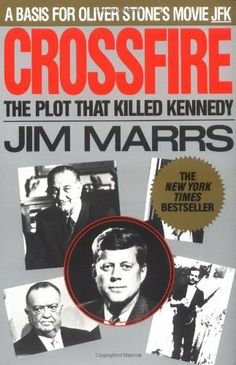 Jim Marrs (born December 5, 1943) was an American former newspaper journalist and New York Times best-selling author of books and articles on a wide range of alleged cover ups and conspiracies. He died on August 2, 2017, of a massive heart attack.

Marrs was a prominent figure in the JFK conspiracy press and his book Crossfire was a source for Oliver Stone's film JFK. He wrote books asserting the existence of government conspiracies regarding aliens, 9/11, telepathy, and secret societies. He was once a news reporter in the Dallas–Fort Worth Metroplex and taught a class on the assassination of John F. Kennedy at University of Texas at Arlington for 30 years. Marrs was a member of the Scholars for 9/11 Truth.
A native of Fort Worth, Texas, Marrs earned a Bachelor of Arts degree in journalism from the University of North Texas in 1966 and attended graduate school at Texas Tech in Lubbock for two years more. He worked for several Texas newspapers, including the Fort Worth Star-Telegram, where, beginning in 1968, he served as police reporter and general assignments reporter covering stories locally, in Europe, and in the Middle East. After a leave of absence to serve with a Fourth Army intelligence unit during the Vietnam War, he became military and aerospace writer for the newspaper and an investigative reporter.
Since 1980, Marrs had been a freelance writer, author, and public relations consultant. He had also published a rural weekly newspaper along with a monthly tourism tabloid, a cable television show, and several videos.
Since 1976, Marrs taught a course on the assassination of Kennedy at the University of Texas at Arlington.
Beginning in 1992, Marrs spent three years researching and completing a non-fiction book on a top-secret government program called the Stargate Project involving the psychic phenomenon known as remote viewing, only to have the program canceled as it was going to press in the summer of 1995. 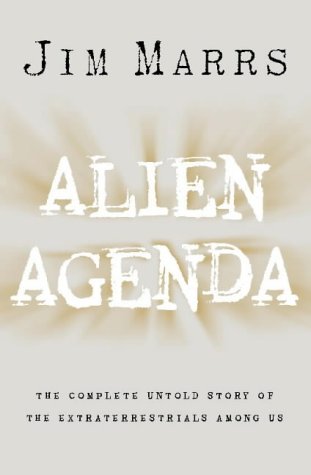 In May 1997, Marrs' investigation of UFOs, Alien Agenda, was published by HarperCollins Publishers. The paperback edition was released in mid-1998. It has been translated into several foreign languages and would become the top-selling UFO book in the world. Publishers Weekly said:
Marrs shows little discrimination, overemphasizing dubious phenomena like remote viewing and crop circles, and giving nearly equal weight to ludicrous pretenders like Billy Meier (who claimed close encounter with Pleiadians) and sophisticated commentators like Jaques Vallee. Marrs even devotes a chapter to theories that the moon may be a UFO, and he refuses to rule out obvious frauds like the alien autopsy tapes. But if rigorous analysis escapes Marrs, little else does; this is the most entertaining and complete overview of flying saucers and their crew in years.
In early 2000, HarperCollins published Rule by Secrecy, which claimed to trace a hidden history connecting modern secret societies to ancient and medieval times. The book reached the New York Times Best Seller list. In 2003, his book The War on Freedom probed the alleged conspiracies of the 9/11 attacks and their aftermath. It was released in 2006 under the title The Terror Conspiracy.
Marrs had been a featured speaker at a number of national conferences including the annual International UFO Congress and the annual Gulf Breeze UFO Conference, but he also spoke at local conferences, such as Conspiracy Con and The Bay Area UFO Expo. Beginning in 2000, he began teaching a course on UFOs at the University of Texas at Arlington. Marrs also gave a book signing at Brave New Books in Austin, Texas at least once a year, until his health kept him away.
Marrs appeared on ABC, NBC, CBS, CNN, C-SPAN, The Discovery Channel, TLC, The History Channel, This Morning America, Geraldo, The Montel Williams Show, Today, TechTV, Larry King (with George Noory), and Art Bell radio programs, as well as numerous national and regional radio and TV shows.
In October 2011, Marrs started his own radio program, "The View from Marrs" on the Jeff Rense Radio network airing three times a week, Monday, Wednesday and Friday at 3 pm Central time. Marrs had on his show a wide variety of guests and dedicated the entire month of November to the latest information regarding the JFK assassination. He had subject matter on UFO research, survival tips, and much more. This radio program was put on hiatus due to his two upcoming book contracts, then his health issues.
With a friend, Michael H. Price, Marrs completed a Comic Book entitled, Oswald's Confession & Other Tales from the War published by Cremo Studios, Inc., in 2012 with Marrs as also the cartoonist of the  book. February 2013 Marrs' book, Our Occulted History: Do the Global Elite Conceal Ancient Aliens? was published by HarperCollins.
In 1989, Marrs' book, Crossfire: The Plot That Killed Kennedy, was published and reached the New York Times Paperback Non-Fiction Best Seller list in mid-February 1992. It became a basis for the Oliver Stone film JFK.
According to Stephen E. Ambrose (in an essay generally critical of conspiracy theorists) Marrs wrote in Crossfire that motives for the murder of Kennedy were "Attorney General Robert Kennedy's attack on organized crime (Mafia motive); President Kennedy's failure to support the Cuban exiles at the Bay of Pigs (Cuban and C.I.A. motive); the 1963 Nuclear Test-Ban Treaty (military-industrial complex, or M.I.C. motive); Kennedy's plan to withdraw from Vietnam before the end of 1965 (Joint Chiefs of Staff and M.I.C. motive); Kennedy's talk about taking away the oil-depletion allowance (Texas oil men motive); Kennedy's monetary policies (international bankers motive); Kennedy's decision to drop Vice President Lyndon B. Johnson from the ticket in 1964 (L.B.J. motive) and Kennedy's active civil rights policy (Texas racist billionaires motive)."
Sylvia Meagher is a critic of the Warren Commission and author of Master Index to the JFK Assassination and Accessories After the Fact. In April 1987, Meagher received the manuscript of Marrs' Crossfire. She was asked to evaluate the book by Simon & Schuster, which was considering publishing it. Meagher concluded, "The accuracy of the manuscript in dealing with a vast body of complex evidence is nearly impeccable...the manuscript is, in my opinion, a fine and admirable work." Despite this glowing recommendation, Simon & Schuster became one of about 25 major U.S. publishers to turn down the book. It was finally published in 1989 by Carroll & Graf Publishers."
Source. 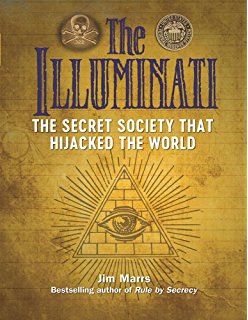 Jim was a classic, a one-of-a-kind gentleman author, who will be missed by many.

Thanks, partially, to Kenn Thomas.
Posted by Loren Coleman at 8:39 PM

Very sorry for your loss. Truly enjoyed his books

Sad day ... Jim over many years and many venues always made me thing well beyond the "physical sciences" we believe but may just hypothesize about. Rest in Peace Mr. Jim ... We shall remember you !!

Sad day Mr. Jim ... I always over the years enjoyed your exploration into things beyond what most consider "physical sciences" but in reality are just theories. Rest in Peace and know your Fans shall miss you but are Greatful.

I can't believe he's gone. I see I've missed a quite few of his books,having only read Rule by Secrecy and Alien Agenda. Both brilliant reads. I feel a Jim Marrs memorial reading binge coming on. Farewell Jim.

What a sad loss. I enjoyed his appearances on 'ancient aliens.'

My sympathies to his family and friends. His readers and listeners will miss him. He may know all the answers now. May his spirit shine bright with love.

Or was Jim simply getting too close to understanding how the world is really run (?)

Jim: Am sure you are in a better place, not needing to deal any more with all of the Trash down here ...

Jim you were always kind and polite,you never tried to beat anyone up.you were a true southern gentleman that had that old good texas charm and class.I hope to meet some day under the better cicumstances we all hope for.RIP.

Thank you for your life's work and the encouragement to others.
Yours was a life well-lived.
We will remember you :)
Martha Stange

We miss you Jim. Thank you for your life's work. You were a wonderful teacher to thousands.
Rest in peace, we will never forget you :)
Martha

I was shocked to hear Jim had passed. We emailed back and forth and what I remember most is his down-to-Earth-edness. He was great - and just himself.
George McClure

On my goodness, I have just now received the news and I am in shock!! Know Even with these few months since his passing I know the grief and the pain is still there. Wendy all of my love and prayers and the LOVE and grace of the LORD ALMIGHTY unto all his family and friends today and always!!! Jim is Definitely in a much better place than here.I will keep everyone in my heart and prayers! Jim was an exceptionally good down to earth kind of man, who could tell a story keeping the facts straight but speaking in such a way as to keep his audience engaged and enthusiastic and always present in one way or another!!!! We LOVE 💘 you Mr. Jim, you will definitely be missed. And just thank you for all you gave!!!