The suspect being held in a Virginia jail in connection with a deadly crash near a scheduled rally of white nationalists was identified late Saturday, as James Alex Fields Jr., 20, of Maumee, Ohio, according to Superintendent Martin Kumer with the Albermarle-Charlottesville County Regional Jail.

Fields was being held on suspicion of second-degree murder, malicious wounding and failure to stop in an accident that resulted in death. 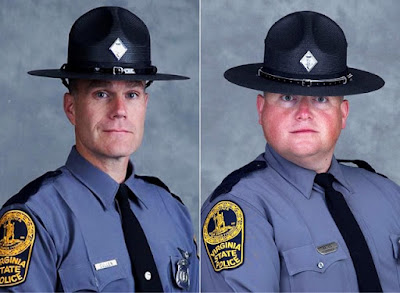 The chopper was hovering low over houses before it went down roughly two hours earlier in a wooded area near the Birdwood Golf Course, the Daily Progress newspaper reports. 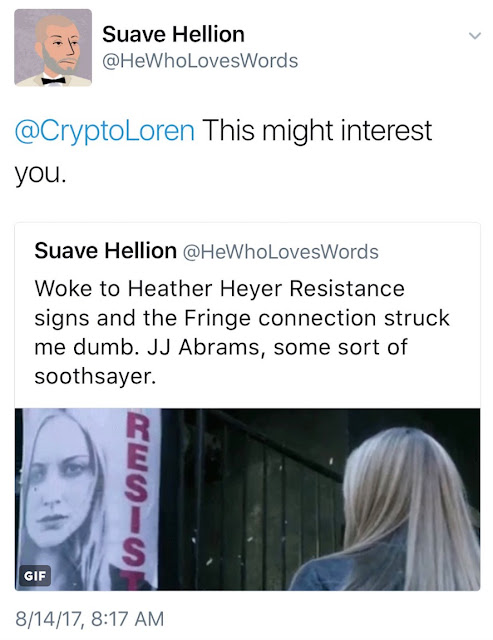 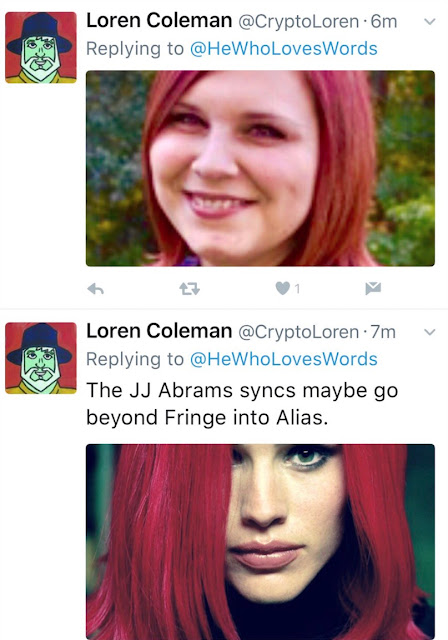 Posted by Loren Coleman at 2:54 AM

For whatever it's worth, Fields appears in the photo to be holding his Vanguard America shield upside down, with the axe blades of the fasces at the bottom instead of the top. But what this might signify -- except that he was a dumbass -- I do not know.

"General Lee" is the name of the car in "the Dukes of Hazzard"
https://en.wikipedia.org/wiki/General_Lee_(car)

Maumee, Ohio. is the home of Bigfoot Studios, a recording facility.

Maumee is near Toledo. There's a Toledo in Oregon, east of Newport, and it will be in the path of totality for the Great American Eclipse. The so-called "Longest Road in America", US 20, runs from Newport, Oregon, to Boston, Massachusetts. US 20 runs through Maumee.

In Maumee, there was a report of a UFO sighting on April 22, 2014. The map of the report on the UFO Hunters website shows it to be over US 20, one block from Wayne Street and three blocks from US 24, here called the Anthony Wayne Trail, both named for American Revolutionary War hero General Mad Anthony Wayne, whom you've discussed before with the name Wayne.

Charlottesville also has some UFO reports. One dates to 1899, and in a different portion of the newspaper recounting that possible unknown, was a report of a 12 inch long animal tooth! I'm sure it wasn't Gigantopithecus, but it would be interesting to know what it was!