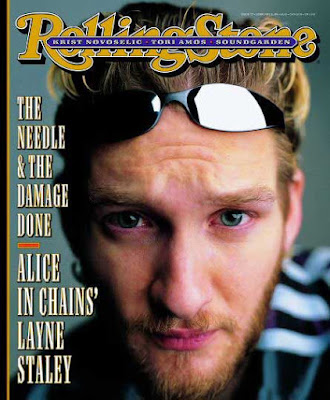 Everyone is waiting for August 21, 2017, for the Solar Eclipse. I'm more worried about the next day.

There are now elaborate Hopkinsville, Kentucky celebrations planned. These are in conjunction with the solar events, because in 1955, on August 21, the Kelly-Hopkinsville creature attack happened.


The Kelly-Hopkinsville encounter is a favorite among UFOlogists and even played a role in the making of E.T. the Extra-Terrestrial. It's also the inspiration for the Kelly Little Green Men Days Festival, held annually since 2011.
This year's festival, of course, has an added component: The full solar eclipse will arrive on the 62nd anniversary of the invasion and some wonder if the UFO will return under cover of darkness at 1:24 p.m. Source.

The Kelly creatures seem to have also inspired the look of the Gremlins in the movie of the same name. 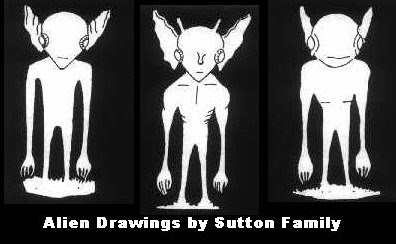 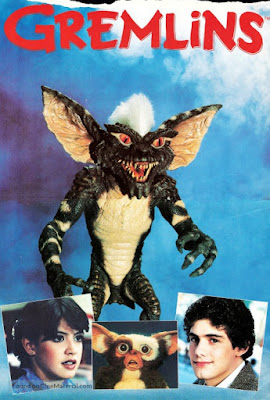 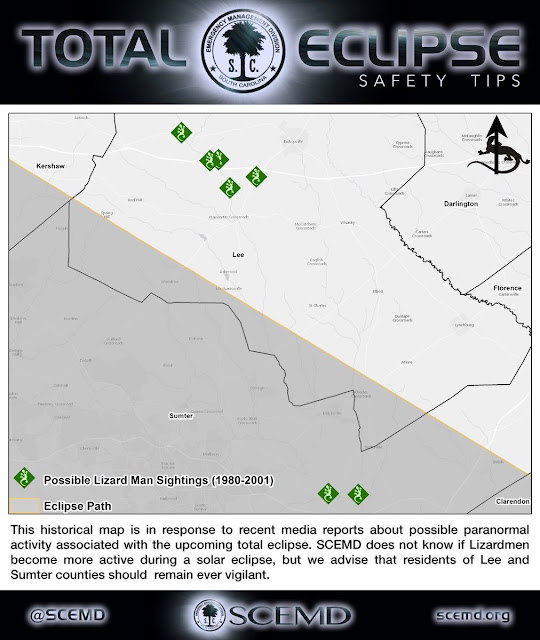 South Carolina does have a history with lizard men...and the text accompanying the map, which graphed eight lizard-man sightings, suggested the department was somewhat serious with its post. It read: "This historical map is in response to recent media reports about possible paranormal activity associated with the upcoming total eclipse. SCEMD does not know if Lizardmen become more active during a solar eclipse, but we advise that residents of Lee and Sumter counties should remain ever vigilant." Source.

It appears much of this was begun with the Sunquatch map, as created by Joshua Stevens. 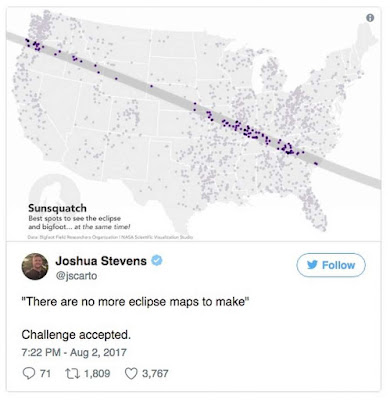 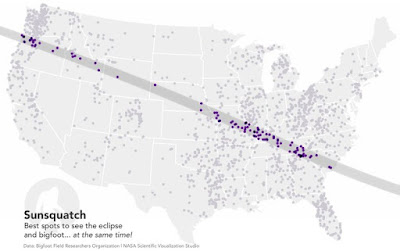 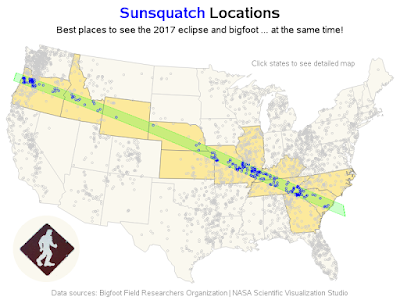 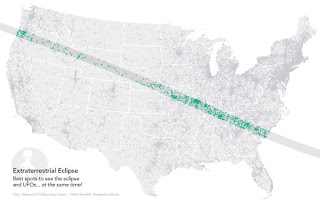 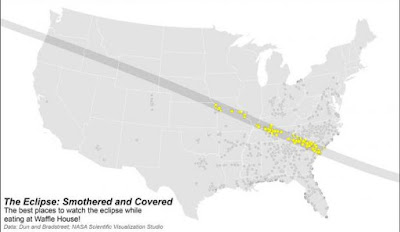 And, of course, Waffle Houses.

After August 21, 2017, is history, my concern is for suicides on August 22nd. I'm not kidding. It is the anniversary of Layne Staley's birthday.

As I've noted in "Grunge is suicide," "Will Grunge Suicide Copycats Continue?," "Linkin Park's Bennington Hangs Self on Cornell's Birthday," and "August 21-22: An Eclipse, Disasters, and Suicides?", we appear to be building up to something. Who knows what? 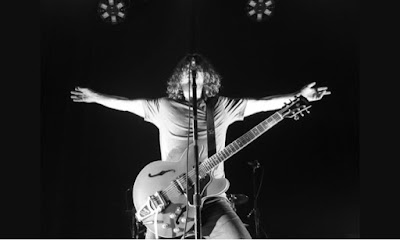 It seems like there may be more "Grunge's Copycat Carnage," in store, especially after Chris Cornell's hanging suicide was copycatted in Chester Bennington's hanging. And Bennington tied it to Cornell's birthday.

And copying each other's behaviors.

Layne Staley was born August 22, 1967. He was a member of Alice in Chains, Mad Season, Class of '99, Alice N' Chains, and Sleze. Staley died due to a parasuicidal combination of drugs and not eating, resulting in his death on April 5, 2002. It is to be recalled that April 5th is the anniversary date from 1994, when Kurt Cobain died by suicide by gunshot. Staley and Cobain. Cobain and Staley. A strong Grunge link. 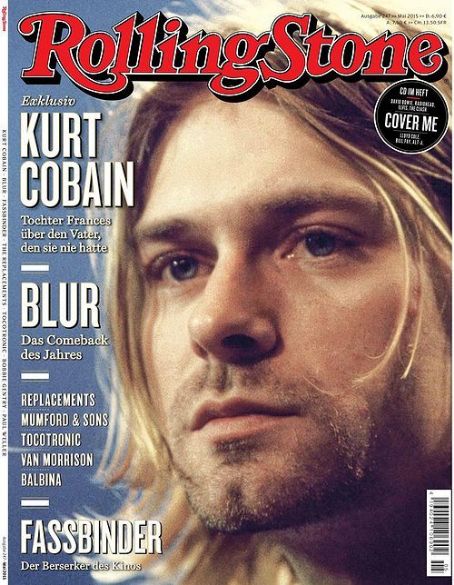 Mia Zapata was born August 25, 1965. She was the singer of the Seattle indie band The Gits. Zapata spent her childhood in Louisville, Kentucky, and founded the Gits in Yellow Springs, Ohio, in 1986. She relocated to Seattle and became a powerful female voice in the Grunge movement in the area. 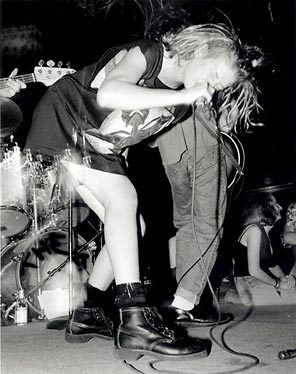 At around 2:00 a.m. on July 7, 1993, Mia Zapata left the Comet Tavern in the Capitol Hill area of Seattle. She stayed at a studio space in the basement of an apartment building located a block away, and briefly visited a friend who lived on the second floor. This was the last time she was seen alive. She may have walked a few blocks west, or north to a friend's apartment, or may have decided to take the long walk south to her home.

She was beaten, strangled, and raped in the Central District of Seattle. It is believed she encountered her attacker shortly after 2:15 a.m. Her body was not initially identified as she had no identification on her when she was found. 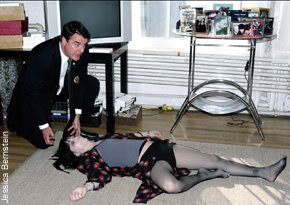 In "Joan Jett and the Jesus Christ Pose," I detail how Joan Jett in an episode of Law & Order: Criminal Intent takes on the pose that Zapata was found in her (Jett's) role on that program. 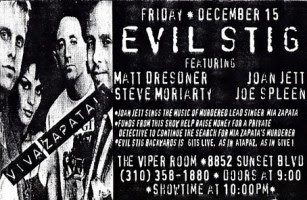 Let's see what happens on August 22nd. Or August 25th.

In the meantime, save a life. Talk to your friends who are suicidal.

Posted by Loren Coleman at 6:23 PM

Wow, Loren. Where to begin? Lots of "Civil War" syncs for sure. Well, this morning, my trainer was talking to me about the eclipse and in light of recent events in the United States - which, remarkably, is the only country where the totality will be visible. I thought about the path of the eclipse, which you included here, and noted a number of things, the strangeness that coincides with the path - from the Pacific Coast of Oregon to just north of Charleston, South Carolina.
The eclipse will first hit the continental U.S. near Lincoln City, Oregon, named in 1965 when five communities joined together (including "Taft," named so in 1906 after then-Sec. of War William Taft) and schoolchildren chose "Lincoln City," after the late president Abraham Lincoln - 100 years after his assassination. Lincoln City is also on "Devil's Lake," named so by local Native Americans who noted large "marine" creatures while fishing there. There's a lot of symbolism here, methinks. (It passes just south of Lincoln, Nebraska and close to notorious "Falls City" Nebraska - research that town - whew!)
Then, we get to the terminus of the eclipse on the Atlantic coast - just north of Charleston - where the first shot of the American Civil War took place. Charleston was named after King Charles II. Now, with recent events in Charlottesville, Va. I noticed that the name "Charlotte" is the feminine version of "Charles." With the racial clash in Charlottesville, the names "Lincoln" and "Charleston" appearing as beginning and terminus of the Great American Eclipse of 2017 - I am sensing a growing, internal "struggle" here in the United States and this may only be the beginning.

There's a book that tries to link the film Critters to the Kelly-Hopkinsville incident. Dunno about that, as I'm not familiar with that film. But I agree that Gremlins do look like the K-H 'goblins'.

Naturally, some have tried to equate the WWII gremlins with UFOs. In trying to find a good webpage about that, I found one that claims the Kelly creatures returned on the other side of the state, in Pike County, Kentucky, near West Virginia (home of Mothman) and Virginia (linking to Charlottesville, perhaps?) The person claiming to be the witness apparently sent out the first email on the subject on April 22 (of 2015). April 22, eh?

In re: Hopkinsville, that's where Edgar Cayce was born and raised.
http://www.museumsofhopkinsville.org/edgar-cayce/

Will the eclipse finally trigger the earth changes Cayce predicted? My state of California falling into the ocean, the new West coast being in Nebraska? Hey, the eclipse cuts right through Lincoln, NB on its path to Hopkinsville! Cuts the USA right in two! How much more divisive can it get? No wonder Trump was elected President to preside over this event!

Cayce's prophetic dream of his next incarnation:

“I had been born again in 2100 A.D. in Nebraska. The sea apparently covered all of the western part of the country, as the city where I lived was on the coast. The family name was a strange one. At an early age as a child I declared myself to be Edgar Cayce who had lived 200 years before. . . .

“Water covered part of Alabama. Norfolk, Virginia, had become an immense seaport. New York had been destroyed either by war or an immense earthquake and was being rebuilt. Industries were scattered over the countryside. Most of the houses were built of glass. Many records of my work as Edgar Cayce were discovered and collected.

“The group returned to Nebraska, taking the records with them to study… These changes in the earth will come to pass, . . ."

WaPo had an article about all the interesting (and possibly syncromystic) places the path of the eclipse will traverse:

"For one day, a fractured country will be united by sun, moon and history"