I always admired the life, thoughts, and comedy of Dick Gregory. We shared Southern Illinois University-Carbondale before it all started going down - and then all hell broke loose. We were Salukis. Even overlapped in diet, politics, and senses of humor. He was a great man that some ignored.

The 1950s became the 1960s. They killed JFK, MLK, and Bobby. As well as Medgar, Malcolm, and Fred. Dick Gregory spoke to an emerging generation, whether white or black, whether they wanted to hear him or not.

Dick Gregory, the comedian and activist and who broke racial barriers in the 1960s and used his humor to spread messages of social justice and nutritional health, has died. He was 84.

Gregory, who attended Southern Illinois University in Carbondale on a track scholarship in the 1950s, died late Saturday in Washington, D.C. after being hospitalized for about a week, his son Christian Gregory told The Associated Press. He had suffered a severe bacterial infection. 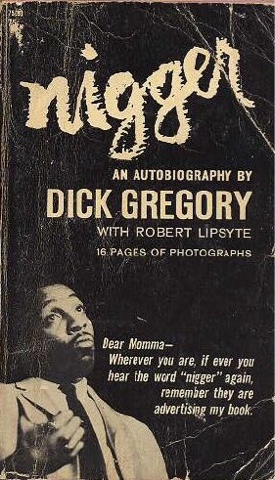 In 1961, while working at the black-owned Roberts Show Bar in Chicago, Dick Gregory was spotted by Hugh Hefner performing the following material before a largely white audience:

Good evening, ladies and gentlemen. I understand there are a good many Southerners in the room tonight. I know the South very well. I spent twenty years there one night.
Last time I was down South I walked into this restaurant and this white waitress came up to me and said, "We don't serve colored people here." I said, "That's all right. I don't eat colored people. Bring me a whole fried chicken."
Then these three white boys came up to me and said, "Boy, we're giving you fair warning. Anything you do to that chicken, we're gonna do to you." So I put down my knife and fork, I picked up that chicken and I kissed it. Then I said, "Line up, boys!" 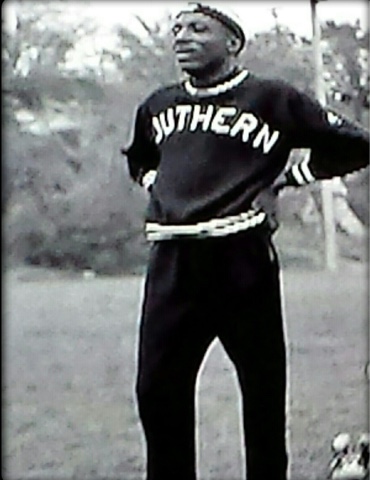 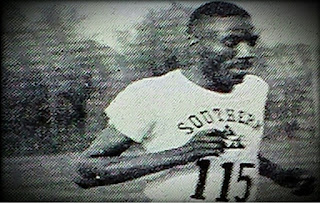 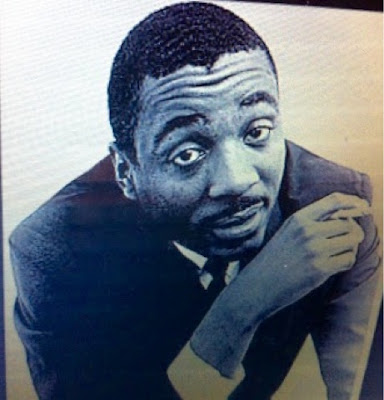 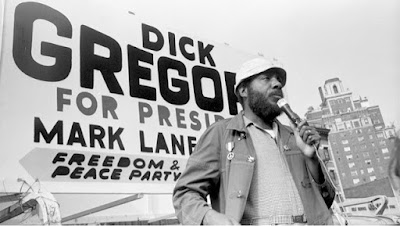 Gregory unsuccessfully ran for President of the United States in 1968 as a write-in candidate of the Freedom and Peace Party, which had broken off from the Peace and Freedom Party. He garnered 47,097 votes, including one from Hunter S. Thompson, with fellow activist Mark Lane as his running mate in some states, David Frost in others, and Dr. Benjamin Spock in Virginia and Pennsylvania garnering more than the party he had left. The Freedom and Peace Party also ran other candidates, including Beulah Sanders for New York State Senate and Flora Brown for New York State Assembly. His efforts landed him on the master list of Nixon's political opponents.
***
Shortly after this time Gregory became an outspoken critic of the Warren Commission findings that President John Kennedy was assassinated by Lee Harvey Oswald. On March 6, 1975, Gregory and assassination researcher Robert J. Groden appeared on Geraldo Rivera's late night ABC talk show Goodnight America. An important historical event happened that night when the famous Zapruder film of JFK's assassination was shown to the public on TV for the first time. The public's response and outrage to its showing led to the forming of the Hart-Schweiker investigation, which contributed to the Church Committee Investigation on Intelligence Activities by the United States, which resulted in the United States House Select Committee on Assassinations investigation. Wikipedia. 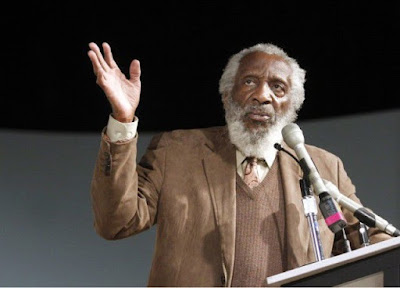 Posted by Loren Coleman at 4:05 AM