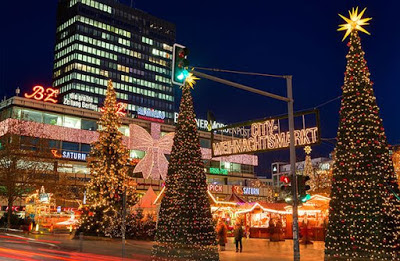 On April 7, 2017, in Stockholm, Sweden, a ramming attack occurred when a hijacked truck was deliberately driven into a crowd at Drottninggatan (Queen St). Five were killed and 14 were seriously injured. The attack was similar to the Berlin attack of December 19, 2016, in which a truck was deliberately driven into a Christmas market in Berlin, killing 12 people and injuring 56 others. Not to mention Nice, France.

It was a busy weekend for mass deaths synced to mass transit of people, especially students. 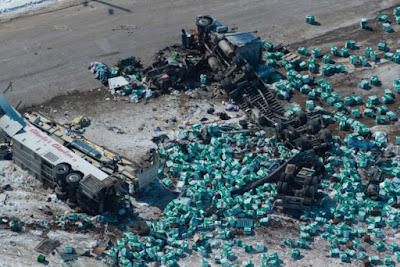 On April 6, 2018, the Humboldt Broncos bus crash occurred. The bus collided with a truck near Armley, Saskatchewan, Canada, killing 15 people and injuring 14. It was headed for Nipawin, carrying members of the Humboldt Broncos, an ice hockey team that plays in the Saskatchewan Junior Hockey League, as well as coaches and others associated with the team. The accident occurred when the passenger bus carrying the team collided with a tandem semi-trailer truck at the intersection of Highways 35 and 335 near Armley in the Rural Municipality of Connaught, Saskatchewan at approximately 5:00 p.m. CST. 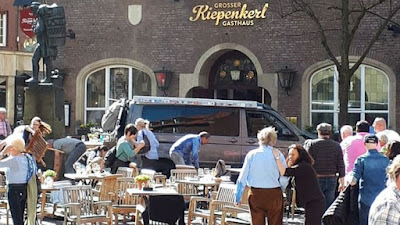 On Saturday, on the first anniversary of the Stockholm attack, April 7, 2018, a man, 48-year-old German national named Jens R., drove a van into people seated outside restaurants in a pedestrian square in the old part of the German city of Münster. He killed two people and injured about 20 others, six seriously. 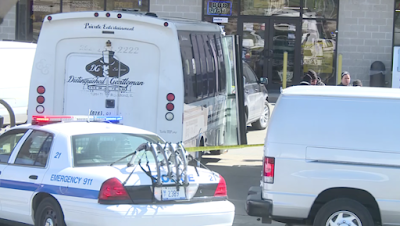 A shooter, identified as Raheem D. King, on a chartered coach bus shot and killed three fellow passengers with a rifle while the bus was traveling in Rockford, Illinois, early Saturday morning, April 7, 2018. King was charged with four counts of first-degree murder in connection with the shooting, police said in a press release. About 3:30 a.m., officers were called to the 400 block of North Springfield Avenue for a report that several people had been shot. Officers from the Rockford Police Department found three people on the private limousine-style bus who had been shot to death. 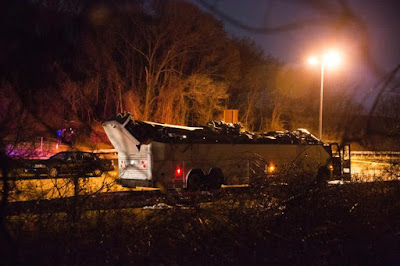 On Sunday night, April 8, 2018, a charter bus carrying teenagers returning from a spring break trip struck a bridge overpass on Long Island, killing one, seriously injuring six passengers and mangling the entire length of the top of the bus. The crash happened shortly after 9 p.m. on the Southern State Parkway in Lakeview, according to New York State Police. One of the six injured passengers had very serious injuries, said State Police Maj. David Candelaria. Thirty-seven other passengers suffered minor injuries. 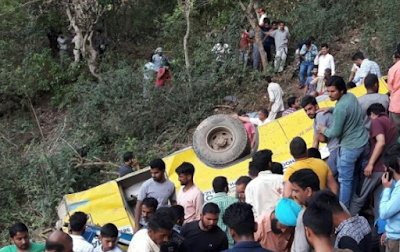 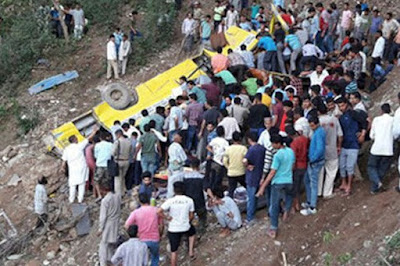 On Monday, April 9, 2018, a Himalayan bus plunged 200 feet into a gorge after slipping off the road – killing at least 27 school children and three others. The 42-seater coach was owned by the private school Wazir Ram Singh Pathania and fell into a deep gorge in the Himalayan foothills in India. Children were heading home when the yellow bus crashed off the mountain road. Shocking pictures show a large crowd gathered around the stricken vehicle at the bottom of a steep slope. At least 27 students – all aged under 10 – have died along with two teachers and the bus drivers.
Posted by Loren Coleman at 3:03 PM

Fifteen players on the Humboldt Broncos hockey team were killed in the bus crash. Three of them had the first name Logan. Logan Hunter, 18, Logan Schatz, 20, and Logan Boulet, 21 all lost their lives. 20% of the players killed were named "Logan".