On Thursday, April 12, 2018, at around 11:45 pm, three people were drinking together in the Logan Square neighborhood of Chicago when one of them stabbed the other two, killing one man and injuring the other. 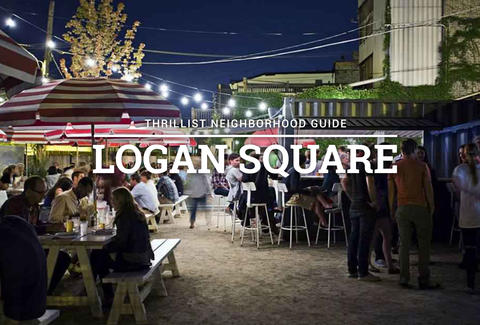 The three were together in the 2300 block of North Kedzie Avenue on the Northwest Side when the attacker pulled out a knife and began stabbing. An 42-year-old man was found unresponsive and pronounced dead. A 60-year-old man was stabilized at Advocate Illinois Masonic Medical Center. A person was caught by police nearby in connection with the stabbing, and taken into custody. Sources 1, 2. 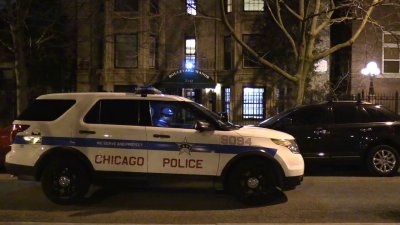 Logan Square is a neighborhood in Chicago, located directly north of an area named the Humboldt Park section of Chicago, Illinois.

The meaning of Humboldt derives from the German surname, composed of the elements hun "bear cub, giant, Hun" and bold "brave, commanding," hence "giant command."
On April 6, 2018, the Humboldt Broncos bus crash occurred. The bus collided with a truck near Armley, Saskatchewan, Canada, killing initially 15 people (another trainer died on April 12, 2018) and injuring 14. The bus was carrying members of the Humboldt Broncos, an ice hockey team that plays in the Saskatchewan Junior Hockey League, as well as coaches and others associated with the team. The accident occurred when the passenger bus carrying the team collided with a tandem semi-trailer truck at the intersection of Highways 35 and 335 near Armley, Connaught, Saskatchewan at approximately 5:00 p.m. CST.
One comment was sent in to the Twilight Language blog about the team.


Fifteen players on the Humboldt Broncos hockey team were killed in the bus crash. Three of them had the first name Logan. Logan Hunter, 18, Logan Schatz, 20, and Logan Boulet, 21 all lost their lives. 20% of the players killed were named "Logan." ~ Gene Greene

The meaning "little warrior" is promoted by some sites. Perhaps the name is not as often observed in "twilight language" incidents as "Fayette," "Lafayette," "Fayetteville," and "Lafayetteville" (see "Fayette Factor"), but "Logan" is worth noting. 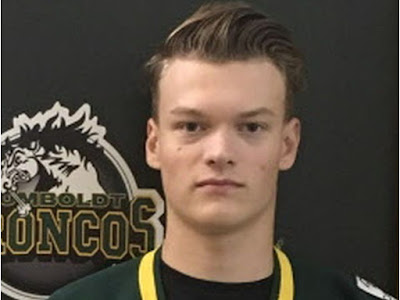 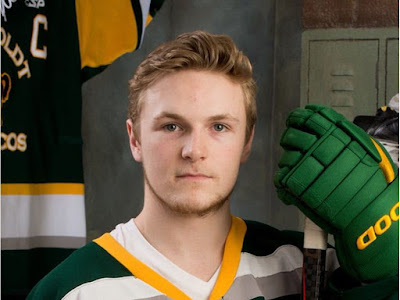 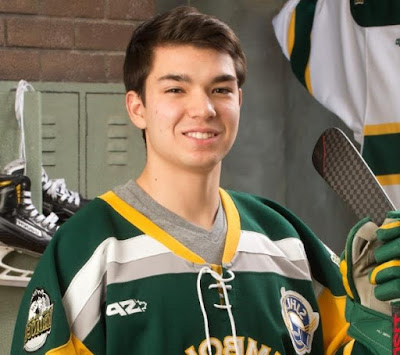 Our condolences to the families and friends of all those who lost their loved ones in these incidents.

Posted by Loren Coleman at 1:46 PM