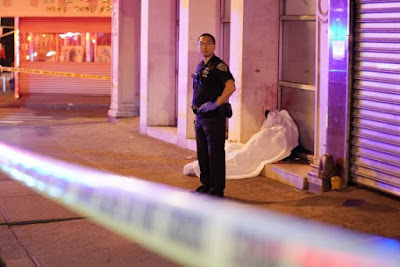 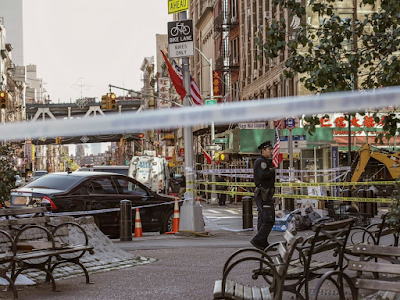 Early on Saturday am, October 5, 2019, a man, described as wearing a black jacket and black pants, was randomly hitting homeless men in New York City's Chinatown. He reportedly killed at least four. 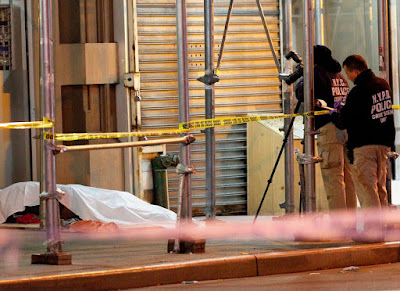 The victims appeared to be sleeping when the attacks occurred. The first call came from Bowery Street near Doyers Street in Chinatown at about 1:50 a.m. Later, three were found on East Broadway, while another was found on Bowery. 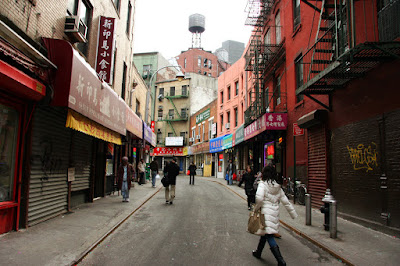 All four were pronounced dead at the scenes, police said. A 24-year-old man, who police also believe is homeless, is in custody and considered a person of interest, named Rodriguez “Randy” Santos, who has 14 past arrests — including an assault charge from May 2019.

A three-foot-long, blood-covered metal object, described as a pipe, was recovered.

The first victim, found neart Mulberry and Canal Streets, around 1:50 a.m., after police responded to reports of an assault and discovered an unconscious man in his 60s lying in the street on Bowery "with severe head trauma." Other victims were found on East Broadway. Three victims on East Broadway and one on Bowery were found deceased. 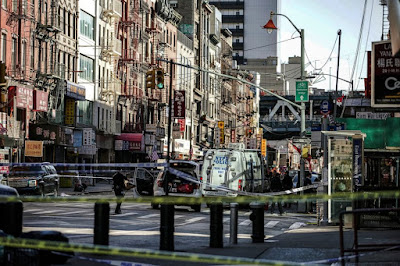 Please note one of the promotional shots from Joker shows an obvious reference to Gotham City's Chinatown. 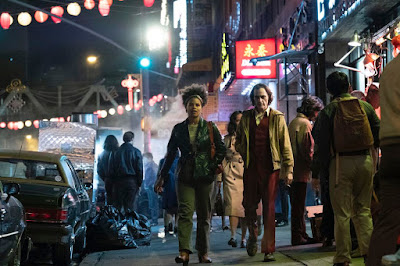 In the fall of 2018, Joker used Chinatown as a filming location, especially near East Broadway and Catherine street. 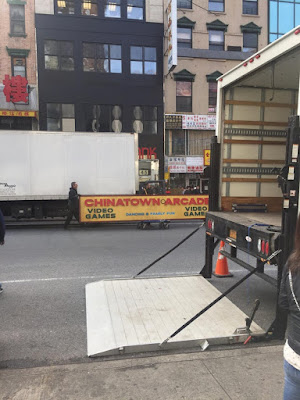