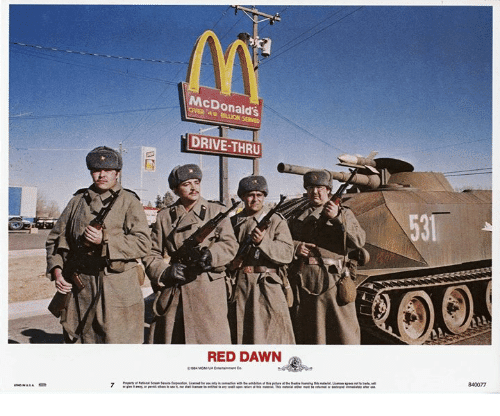 Promotionally entitled, "McDonald's Drive Through," this movie lobby card produced for the 1984 release of the Patrick Swayze film, held an iconic image. 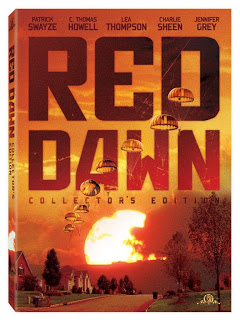 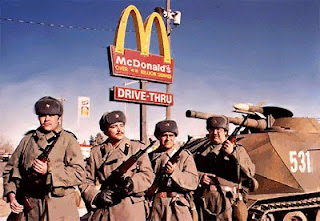 On November 16, 2012, Enki King wrote in the comments here that "[he] looked at the stars of the Dawn films and their symbolic alchemical significance. Kristen Stewart was albedo-resonating Snow White and Bella Swan; and Chris Hemsworth, who stars in the 2012 Red Dawn, co-starred with Stewart in Snow White and the Huntsman. Hemsworth also starred in Thor, and toward the beginning of that film, when Thor falls from the sky (Skyfall), scientist Erik Selvig exclaims, 'I thought you said it was a subtle aurora!'" 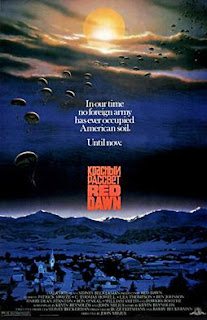 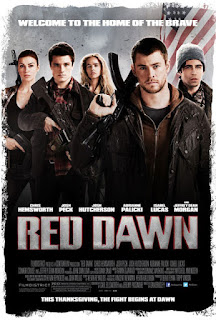 Within the world of the Twilight Language, another "Red Dawn" appeared in 2012. "Colorado Aurora," literally translated as "red dawn." I have mentioned before the meanings of Colorado (= red) and Aurora (= dawn). See the many links here. 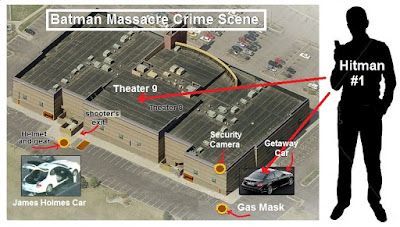 On July 20, 2012, Aurora was the site of the third largest mass shooting in terms of number of casualties in United States history at the time, now the eighteenth largest, and the second-deadliest shooting in Colorado after the 1999 Columbine High School massacre. The shooting occurred just after midnight, when James Eagan Holmes opened fire during the midnight premiere of The Dark Knight Rises in a Century movie theater, killing 12 people and injuring 70 others.

What are we to make of the Soviets at a McDonald's in 1984 through the lense of 2020? It appears to seem troubling and prophetic, all at the same time. This appears especially true when in 2019, both Hillary Rodham Clinton and Donald Trump are still talking about the Russians.

Will 2020 usher in another "red dawn" event? Perchance, not at a McDonald's, but at a Waffle House? 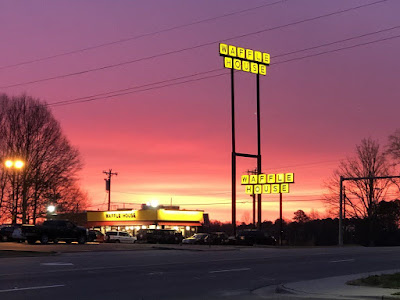 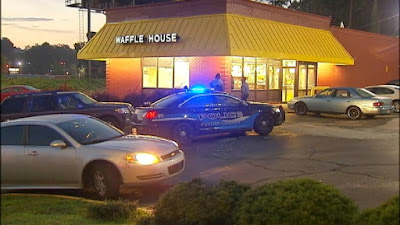 "Let this be the hour when we draw swords together.
Fell deeds awake.
Now for wrath, now for ruin, and the red dawn.
Forth, Eorlingas!"
~ The Lord of the Rings: The Two Towers, 2002

"The Aurora, Colorado shooting appears to be a 'red dawn,' a milestone awakening event of which we can only guess what it might really mean in the near and distant future."
Loren Coleman, Twilight Language, July 22, 2012

Posted by Loren Coleman at 9:32 AM