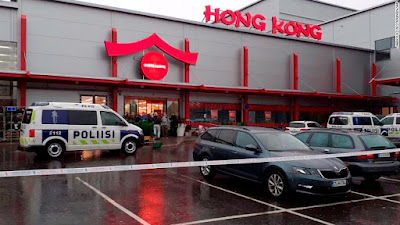 Just after midnight on Tuesday, October 1, 2019, a man attacked individuals at a vocational school located inside a mall in Kuopio, Finland.

The violent attack occurred in the facilities of Savo Vocational College by the shopping mall Hermanni in Kuopio.

The suspect shot by the police and taken into custody was a student, 25-years-old, and targeted women. The one victim was a woman, and most of those wounded were women between 15 and 50.

He was carrying a "saber-like" or "machete-like" weapon (which he used to kill) and a gun. A search of his home revealed explosives.

The college has about 600 students and 40 staff, but officials said it was unclear how many were at the scene at the time of the attack. Most of the students are in their late teens but Savo college also has older students.

The suspect had walked in on a class and pulled a sword out of his bag and attacked a teacher. As she tried to flee, students threw chairs at the attacker in an attempt to escape and some were wounded.

Police have confirmed that the suspect is a Finnish man born in 1994, named Joel Otto Aukusti Marin. He is reported to have long hair. 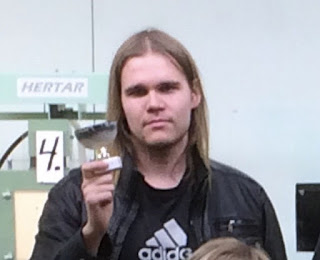 On October 2, 2019, online sites are noting the reported gunman's "full name is Joel Otto Aukusti Marin, born in 1994. The dead woman is an Ukrainian citizen born in 1996."
Reportedly a loner, who targeted women, he is being spoken of as an "incel." For more insights, see: "Into The Valley of Virgin Violence: The Incel Effect." See more on the Incel Effect here and here.

CNN had this early alert:


A "violent incident" at a vocational school complex in Kuopio, eastern Finland, has left at least one person dead and 10 injured, two seriously, according to police.
A police spokesperson told CNN a male suspect is in custody after officers engaged their firearms. Police would not say what weapon the suspect had used or possible motive for the attack.
Kuopio Police received a call about the incident at around 12.30 p.m. local time (5.30 a.m. ET) at a shopping mall, which also houses a vocational school for students aged 16 years and over. 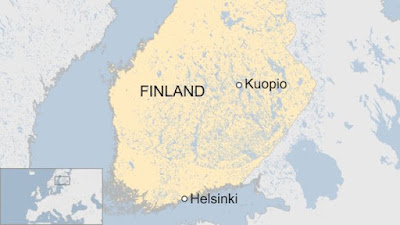 In 2008, a 22-year-old gunman shot dead 10 people at a vocational school in the town of Kauhajoki before fatally shooting himself.
Posted by Loren Coleman at 8:38 AM