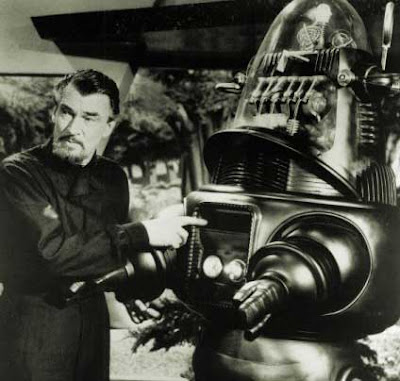 The Thanksgiving Day 2012 GE television commercial creators have failed to remember the downside of having machines become too intelligent, too brilliant.

In the Terminator films, Skynet is shown as a highly advanced artificial intelligence. After Skynet became self-aware, it saw humanity as a threat to its existence and decided to trigger a nuclear holocaust and send forth an army of Terminators against Homo sapiens.

Ah, so much for #BrilliantMachines.

Posted by Loren Coleman at 6:16 PM

We will be intellectually outclassed by intelligent machines within decades, tops. This should be humanity's cue to step up its game, and be so awesome that the machines will not have any desire to exterminate us. That said, if I were President, I would probably appoint Mark Pauline to be Secretary of Defense, just to be on the safe side.

Enki, thanks for reminding me of Mark Pauline and Survival Research Laboratories. I'm gonna have to go dig out the Industrial Culture Handbook...