A medical examiner's report confirmed that the toddler who fell, after bouncing off some netting below a railing, landed in the Pittsburgh Zoo Lycaon pictus exhibit still alive. The boy, named Maddox Derkosh, was killed by the African wild dogs, not the fall, the president of the Pittsburgh Zoo said on Monday, November 5th. 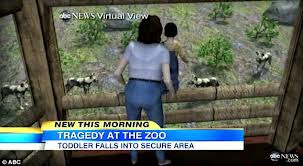 On Sunday, November 4, 2012, a two-year-old boy who was placed up on a railing by his mother lost his balance and fell into the painted hunting dog (Lycaon pictus) exhibition at the Pittsburgh zoo. The boy was mauled to death by the African painted dog pack. (The dog has many names. Lycaon pictus is a canid found only in Africa, especially in savannas and lightly wooded areas. It is variously called the African wild dog, African hunting dog, Cape hunting dog, painted dog, painted wolf, painted hunting dog, spotted dog, or ornate wolf.)

Authorities didn't release the name of the woman, but say she is 34 years old and lives in Pleasant Hills, just outside Pittsburgh. The boy's father arrived on the scene soon after the accident, police said.

Zookeepers and armed police officers tried to ward off the pack of the eleven naturally aggressive dogs but the pack succeeded in killing the child before the gathered onlookers. Initial reports were not yet clear whether the boy died from the fall or the attack, said Barbara Baker, president of the Pittsburgh Zoo & PPG Aquarium. Zoo officials at first estimated the boy fell 14 feet, but police said it was 11. 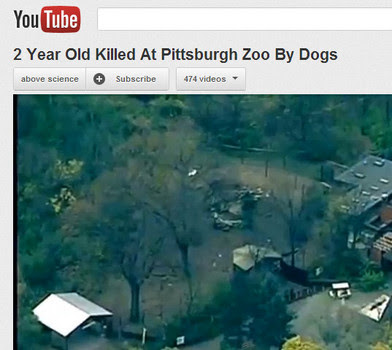 Authorities said that zoo staff and then police responded "within minutes," but visitors described that time as being filled with screams for help. Zookeepers called off some of the dogs, and seven of them immediately went to a back building. Three more eventually were drawn away from the child, but the last dog was aggressive and police had to shoot the animal. According to witnesses on the scene, zookeepers fired darts and a police officer opened fire. The effort killed one of the African painted dogs which is considered an endangered animal. The dogs are among the most deadly predators of the Serengeti Plain.

Their hunts end in a kill 80 percent of the time while lions have a success rate of just 30 per cent. 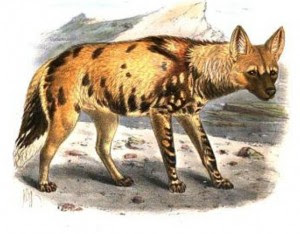 One of the archaic names for the African wild dog or “painted wolf” (as we now call it) is “Hyaena dog.” In German, it is still called the Hyänenhund. Artist John Gerarrd Keulemans created this (now public domain) painting of his African wild dog as if it was a cross between a Lycaon pictus and a striped hyena. But hyenas aren’t dogs, and African wild dogs aren’t hyenas. Hyenas actually are more closely related to cats than any species of dog. 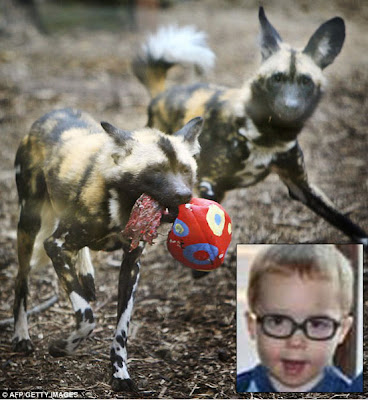