Another Fair Shooting: One Dead 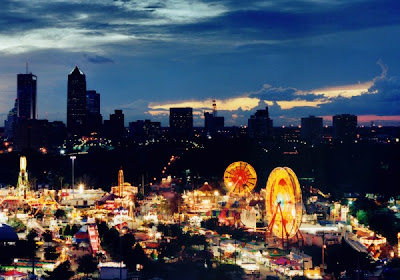 There has been another shooting at another Southern fair.


Gunfire erupted and a man was critically wounded Sunday evening [November 4, 2012] on A. Philip Randolph Boulevard less than 500 yards away from the lights and sounds of the Greater Jacksonville Fair.
Sgt. Shawn Coarsey said two men were arguing on a sidewalk near the intersection of Jessie Street about 5:30 p.m. when one of the men pulled a gun and fired multiple rounds.
The victim was struck in the upper torso and was taken to Shands Jacksonville hospital. The gunman fled the scene on foot, heading northbound, witnesses told detectives, but police had no description or leads on his identity two hours after the shooting. Source.

Phillipe A. Foster, 36, whose address was not released by police, was struck in the upper torso after a gunman pulled a handgun and fired several shots about 5:30 p.m., police said.
Foster and the shooter had been arguing on a sidewalk near Jessie Street. Foster was taken to Shands Jacksonville hospital and died.
The gunman fled on foot. No arrests have been. Source.

Enki, who sent in this news tip, added, "The Jaguars vs. Lions comment at the end [of the first article] is interesting. Cats and dogs have been coming up for me a lot lately. It was even raining them not too long ago." 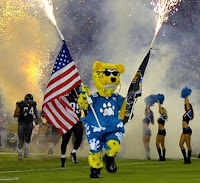 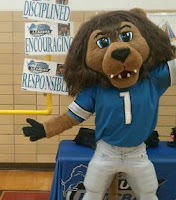 Coarsey said the shooting appears to have no relation to the fair or the Jaguars’ home game against the Detroit Lions. Source.