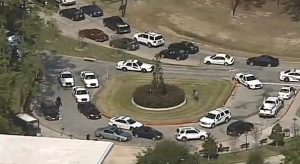 Wall-to-wall media went wild today with the reports out of Texas of a "college shooting."

Did they go overboard?

I remain convinced my hypothesis in The Copycat Effect is a valid factor, among many, in linking this kind of media attention to fostering an environment of future shootings.

This shooting, for example, does not appear to have been a random, senseless mass shooting. This was a confrontation between two individuals who apparently got into a verbal disagreement where guns were drawn. Two people started shooting, two bystanders (one white, one black) in a hallway got wounded, and one other person collapsed with an apparent heart attack. This is not to diminish it, but the processes of these kinds of school shootings are much different than homicidal-suicidal forms of school violence.

One federal official said the Texas incident was a "gang-related" shooting (read, "African-American" in this location*) versus a random school mass-shooting (read, "Caucasian"). That hints at more than the media wanted to look at, for the comparisons to Newtown, the debate on gun control, and the horror of the incident were reinforced often today.
Police descended on the campus. Lots of law enforcers. People and police are supersensitive from the Sandy Hook Elementary School shooting. The media flew overhead, on many flybys.

In North Harris, Texas, two "people of interest" (AfricanAmericans, one with a red shirt) were seen by news helicopters as having apparently already been arrested (in handcuffs).

Now the television cable news channels are interviewing students who were only marginally involved, but most are naming all their friends with whom they ran from the area. And seem to be "enjoying" the media attention. 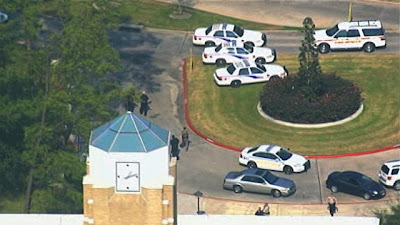 Aerial footage from local television stations showed police cars and ambulances parked on the Lone Star College System campus about 20 miles north of downtown Houston. Emergency personnel could be seen tending to people on stretchers, while others ran from a building led by officers.
Mark Smith, spokesman for the Harris County Emergency Corps, said four people were taken to two hospitals. He said at least two had gunshot wounds, and one appeared to have had a heart attack related to the shooting. He said one was in critical condition. Source. 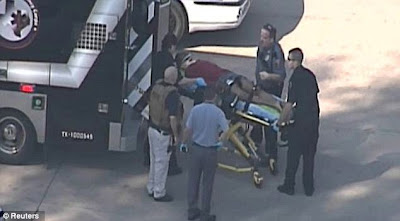 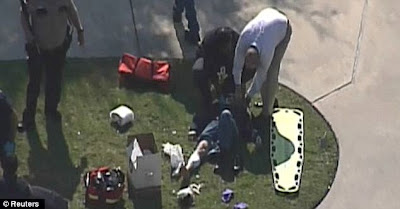 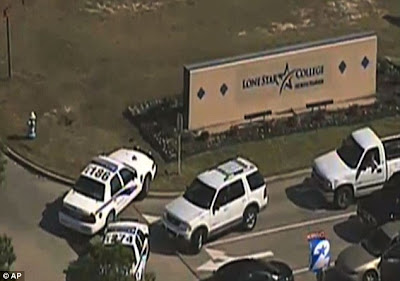 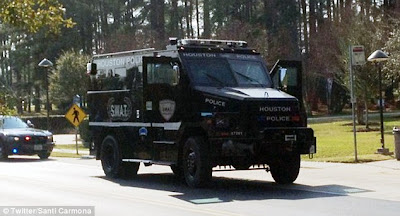 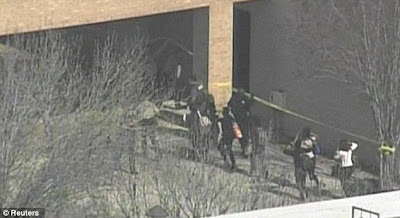 At least three people were shot in a shooting at Lone Star College in north Houston, Texas some time before 12:30 PM. Witnesses on the scene say the shooting may have escalated after a heated argument, possibly over a bad grade. At least two victims were caught in the crossfire and suffered “multiple gun shot wounds,” KTRK reports, and are in serious condition. They were brought into surgery at Ben Taub General Hospital. One of the victims — who was shot in the leg — is a school employee. The other, a younger student, was found on the ground unconscious, with his eyes closed. Another person on the scene suffered a heart attack. Source.

Very good post I agree that it's been blown slightly out of proportion. Just a week ago in Kentucky at another community college a 21 year old male on campus in a parking lot killed his girlfriend, her uncle and his daughter after a dispute. Was this breaking news all over the Internet and television? No, nothing other than some small headlines but yet we have a "gang related" shooting that resulted in zero casualites making headlines and grabbing everyone's attention.

You know how the media is. Blow it up to catch attention and sometimes that is not good.