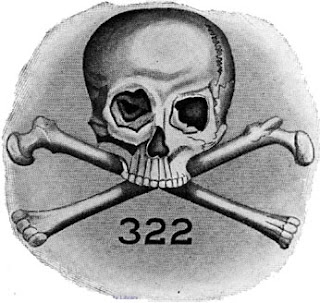 The shooter is identified, a Cleveland is a victim, and
Skull & Bones naturally comes to
mind regarding Taft Union High School. 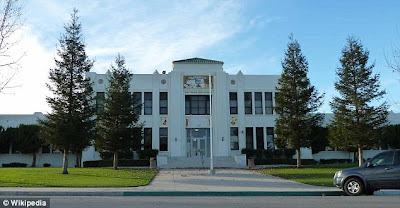 The Associated Press and other media sources report that a student was shot and another was slightly wounded at the Taft Union High School, in a rural San Joaquin Valley high school. An unidentified student was taken into custody. The shooting occurred around 9 a.m.

The wounded student (reportedly in an induced coma) was flown to a hospital in Bakersfield, according to Ray Pruitt, spokesman for the Kern County Sheriff's Department. Pruitt said the suspect is a student, and a shotgun was used in the attack.

Kern County Fire Department Eric Coughran told KBAK-TV the another person suffered some type of injuries in the incident but refused medical attention.

The victim is identified as 16-year-old Bowe Cleveland. Another student was shot at but not wounded. The classroom teacher, Ryan Heber, asked the shooter to surrender. The gunman dropped his weapon and was arrested. Heber suffered a minor wound to the head from being grazed by a shotgun pellet. Both of the students were believed to be intended targets of the shooter. A female student was also hospitalized for hearing damage because the shotgun was fired close to her ear. Students who personally knew the gunman said that he was bullied by the shooting victims. Source. 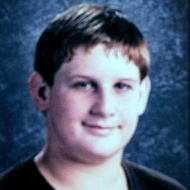 Meanwhile, USA Today reported that the suspect was a "16-year-old student identified by KGET as Bryan Oliver."

Oliver is said to have been working on this attack for a year and had developed a "hit list." 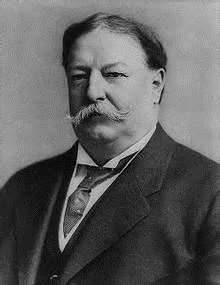 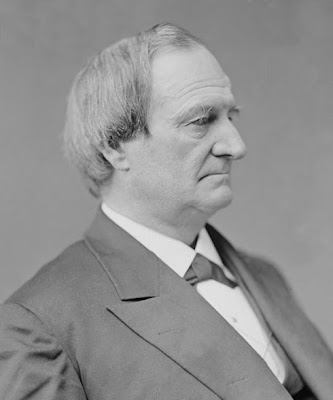 William Howard Taft's father is Alphonso Taft, pictured above, (November 5, 1810 – May 21, 1891), the Attorney General and Secretary of War under President Ulysses S. Grant and the founder of an American political dynasty. Born in Townshend, Vermont, the son of Peter Rawson Taft of the powerful Taft family, he graduated from Yale College in 1833, where he also was a tutor 1835-37. At Yale, he and his classmate William Huntington Russell cofounded Skull and Bones, the preeminent senior society. Russell, in 1856, with several other Bonesmen, he incorporated Skull and Bones as the Russell Trust, later the Russell Trust Association. The Russell Trust Association is a tax-exempt association; it holds possession of the Skull and Bones Hall at Yale University and the society's holiday island, Deer Island. Sources: 1, 2, 3, and 4.
+++

When the news of the January 10, 2013 shooting was broadcast, media and law enforcement at first thought that Taft High School in Los Angeles was involved.

The following was reported on October 18, 2012, near Taft High School, in Los Angeles:


Los Angeles police are investigating a reported shooting Thursday afternoon across the street from Taft High School in Woodland Hills.

The shooting was reported around 3:15 p.m. in the Ralphs parking across from the school at Ventura Boulevard and Winnetka Avenue, said LAPD spokeswoman Norma Eisenman. The caller who reported the attack to police said they heard multiple shots. When police responded, they found a man, believed to be between 20 and 25, suffering from a gunshot wound, Eisenman said. The victim, who was not immediately identified, was hospitalized. The victim was not believed to be a student, though an initial call suggested he might be. It was not immediately clear if the school was on lock-down. 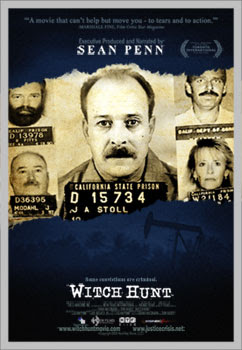 Between 1983 and 1986, several ritual sex ring (child sexual abuse) cases allegedly occurred in Kern County, resulting in numerous long prison sentences, all of which were overturned—some of them decades later, because, it was said, the prosecutors had coerced false testimonies from the purported child victims. The details of these false accusations are covered extensively in the 2008 documentary Witch Hunt, narrated by Sean Penn.


Thanks to Robert S. for the initial news tip.
Posted by Loren Coleman at 2:48 PM

At Yale, he was a member of the Linonian Society, a literary and debating society; Skull and Bones, the secret society co-founded by his father in 1832.

Who founded skull and bones?

There is a Taft high school obviously in California but also in New York, Conneticutt and Oregon. Oddly there is also William Howard Taft University in Denever Colorado. What does New York, Conneticutt, Oregon and Colorado all have in common? We all know the answer. I have more on this Loren I'll message later on this evening.

I'm interested to know what is the connection between those four states. Is it just the Red Dawn shootings, or something more sinister going on? I just read, and didn't know that President Taft's father (if I have it straight) was a co-founder of Skull and Bones. HMMM a pattern seems to be emerging here. I once read Hoffman's "Psychological Warfare" book and it gave me the creeps throughout the reading and gave me the chills to think of the possibility such things could conceivably go on in secret. Those that have read Hoffman's book know what I'm alluding to. In light of Hofgman's insights, these red dawn events and gun control now begin to mske sense. Again, it's very creepy to think about and the possibility.

Cleveland, made me run a Google search for Grover Cleveland. Came across "Grover Cleveland School Shooting". Jan. 29th 1979 a 16 year old male Brenda Ann Spencer opened fire from her home in San Diego on a Grover Cleveland Elementary School that was across the street from her house. She killed 2 people, injured 8 children and one police officer. So 22 years later in California, in January, another 16 year old opens fire in a school. Another coincidence? Very odd stuff.

Hey, I was only joking about Taft ~ Daft! But turns ouit the town's original name was Moron, California!

No mere homonymy this.

BOWE as BOWIE
DAVID BOWIE released his first tune in 10 years this week for his 66th birthay.

We see this repeated in the name of the killer

"The most beautiful thing we can experience is the mysterious. It is the source of all true art and all science. He to whom this emotion is a stranger, who can no longer pause to wonder and stand in rapt in awe, is as good as dead: His eyes are closed" - Albert Einstein.

Look up Peter Kern and Kern Place, along with the entry gate he had imported Native Americans erect.

Kern County (Kern = german for Core) does link to the Core of Core's: The atomic core (nucleus); also related to old germ. 'kernan' (seasoned corn). Corn and the grimreaper...
Taft, = anagram Fatt = Fat.
Presdient Taft was fat, and Taft is his 'Fat Man Nagasaki atom bomb'.
Moreover, 'I am fat' means Fatima and one of the Fatima witnesses was little girl Jacintha, and that links back to Kate's nurse Jacintha. The white lady of Fatima, mostly mistaken as Mary, was a 'White Lady' (omen of death), that, in mythology, shows up with a light, just as a 'Florence Nightingale', (K)nightingale, the nurse.

I think you would be interested in the the potential onomatological quirkiness related to the coroner in the Newtown incident. His name is "Harold Wayne Carver," and the unedited footage of his press conference statements is worth viewing. As a possibly not-altogether unrelated news item, British press is today running some stories about how Sir Jimmy Savile was alleged to have belonged to a satanic cult.

Along with the schools already listed, there's a Taft school in San Antonio Texas as well as Chicago, Illonois. Well we had the Mayan movie thearter shooting in San Antonio this past December. That leaves the only Taft school remaining who's state has not experienced a horrifc shooting is Chicago or Illonois.

In response to Mer-Man's post regarding "Harold Wayne Carver". Michael Hoffman, author of "Secret Societies & Psychological Warfare" claims that the name "Wayne" has alchemical significance in that it points to androgynous duality. I have been following the Wayne name game since the Aurora shooting. Let us not forget that Bruce Wayne is Batman, and Lil Wayne's "My Homies Still" video (which shows skeletons seated in a movie theater) directly preceded the Aurora massacre. Here are links to a couple others news stories that continued the Wayne name game after the Aurora incident...

Brett Steven-Nicolas
44 years of seaerching, has shown me it is all about the numbers, reduce the words to numbers and the cycle becomes plain... 322

enjoy this video, as long as it is allowed to be viewed, it shook me as I have dabbled, but when you are done find the following clues
What is in the Centre of Mecca
What is the Symbol of the new Jerusalem
What is the Symbol for Sautn
What is in the CEnter of the Meditation Chapel at the UN
Who are the current day Aryans
WHo were the Phonecians and where did they Disspear to
youtu.be/_L1fmT6SwAw

God Sppeda nd may God be With you always