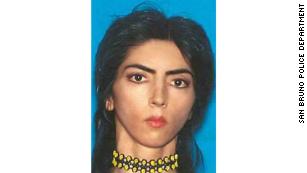 On April 3, 2018, an attack against YouTube headquarters in San Bruno, California, left four people shot and the shooter dead by her own hand. She called herself a "vegan vlogger." 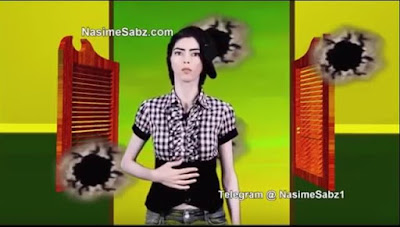 Police identified the woman in Tuesday's shooting as San Diego resident Nasim Najafi Aghdam, who was in her late 30s. She may have been a disgruntled user of the video-sharing site.
Aghdam wounded three people at the campus in San Bruno, south of San Francisco, then turned the gun on herself, authorities said. A fourth person suffered an ankle injury while escaping the gunfire.

Aghdam appears to have been a prolific, longtime social media user. She lists four YouTube channels -- one in Farsi, one in Turkish, one in English and one devoted to hand art. It also lists an Instagram page that focuses on vegan life and animal rights.

Nasim Najafi Aghdam's grievances against YouTube appear to be centered around censorship and revenue.
"There is no equal growth opportunity on YOUTUBE or any other video sharing site, your channel will grow if they want to!!!!!" one post reads. "Youtube filtered my channels to keep them from getting views!" 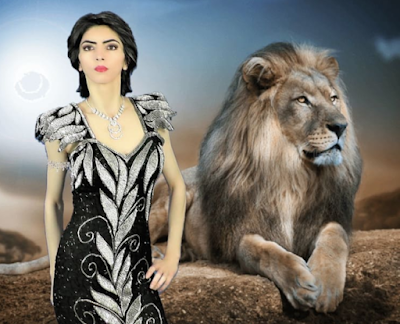 Another post accuses "close-minded" YouTube employees of putting an age restriction on videos, saying it's aimed at reducing views and discouraging the woman from making new videos.

On a YouTube channel, the same woman described herself as a vegan bodybuilder and an animal rights activist. By Tuesday night, the account had been terminated, with a YouTube message citing "multiple or severe violations" of its policy.
The postings are not limited to YouTube. Videos on several social media platforms include posts on animal rights, vegan lifestyle and the political system in Iran. Others include a bizarre mix of musical parodies.
YouTube was founded in February 2005 and quickly became a major site for online videos. It was later purchased by Google.
More than 1,100 people work at the YouTube office in San Bruno, about 10 miles from San Francisco.
As questions remain on the motive, police have said there's no evidence the shooter knew the victims or that they were specifically targeted. 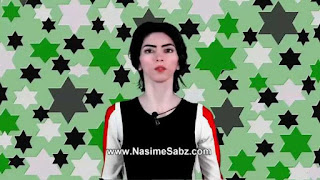 The YouTube shooter joins a rare list of female attackers. The FBI examined active shooter incidents in the United States between 2000 and 2016, and found that only nine of the 220 incidents involved female shooters.

A married couple, Syed Rizwan Farook, and his wife, Tashfeen Malik massacred 14 people at a holiday party in 2015 in San Bernardino, California. Farook had worked with the San Bernardino County health department, which was hosting the party when the attack took place. They were both killed in a shootout with police.
On January 30, 2006, Jennifer San Marco visited her former place of employment, a postal distribution center in Goleta, California, and fatally shot six employees after killing a one-time neighbor. She then killed herself.

Fair use via New York Times, CNN and other outlets.
Posted by Loren Coleman at 8:45 AM

Her attack took place on April 3, but our learning about her through the media takes place on April 4, 2018, the 50th anniversary of Martin Luther King’s assassination.

Now read this article about the attempted assassination of MLK at a book signing in NYC in 1958, a full 10 years before his actual death. Notice the eerie similarities between the crazed black woman who stabbed MLK in 1958 and the YouTube shooter.

“King began to sign books, devoting a little time to each guest, exchanging friendly words. When the line had dwindled to about 20 people, a woman suddenly cut to the front. She was tall and dressed in an attractive jacket, white blouse, blue skirt, and heels. She wore earrings and fashionable cat-eye glasses, and she carried a big handbag. No one seemed to realize it was the angry woman from the previous night. Her name was Izola Ware Curry. She was 42 and divorced, a Georgia native who had moved
to New York and had worked as a maid. [ . . . ]

She possessed a loaded .32-caliber semiautomatic pistol that was concealed in her bra. She could have easily reached for it now, but she had another weapon hidden in her handbag, a Japanese letter opener in a bright crimson sheath. [ . . . ]

Are you Martin Luther King?” She asked.

For some reason, she had chosen the blade over the pistol, and gripping the letter opener in her hand, she thrust her arm up in the air.

On the day before, July 31, 2016, there was this shooting incident in downtown Austin within view of the Texas Tower.
https://copycateffect.blogspot.com/2016/07/austin-shootings16.html

And the day before that, July 30, 2016, 30 miles South of Austin, was the Smiley Face Balloon crash, killing 16 people, the same number that Whitman killed (although the count is now at 17 since a man died 30 or so years later from his wounds)
http://copycateffect.blogspot.com/2016/07/smiley-face.html

The next 50th anniversary observance arrives in 2 months, on June 6, 2018, for the assassination of RFK at the Ambassador Hotel here in Los Angeles.

But wait, there’s more! Exactly two years ago, you posted this:

I then posted this comment:
==========
A student at the University of Texas Austin went missing late Sunday night, April 3 [2016] and her body was discovered on campus Tuesday morning, April 5.

And then repeated it on your blog entry 4 months later

In terms of date, this synchs to famous black leaders not just through the assassination of MLK, but also because on April 3rd Malcolm X made what's possibly his most famous speech: "The ballot or the bullet".