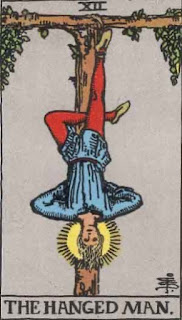 Why are so many men being found hanged? Suicides? Lynchings? Copycats? Murders? 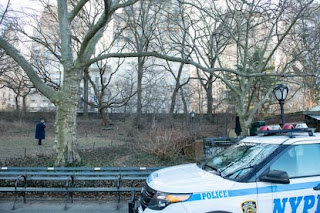 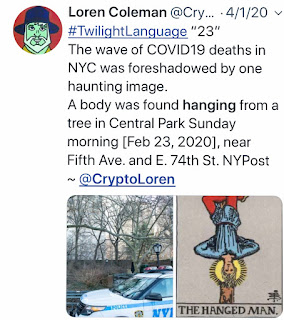 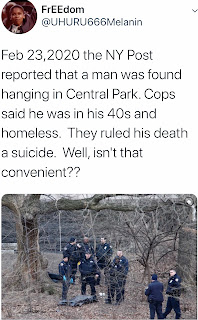 The unresponsive 48-year-old man, who was not identified pending family notification, was found near the bronze Alice in Wonderland statue on the popular park’s east side with a rope tied around his neck, said the spokesperson. Emergency responders pronounced him dead at the scene. 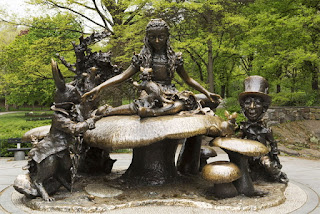 A 45-year-old Broadway actor who performed in “Phantom of the Opera” and “War Horse” was found at 5:30 am, hanging from a Central Park archway in an apparent suicide, officials said Friday, May 1, 2020.
Cops found a note on Harlan Bengel directing whoever found him to call a specific person at a given number, a source with knowledge of the case said. Police did not disclose the name of the contact. 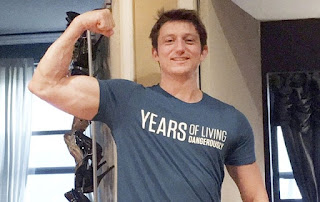 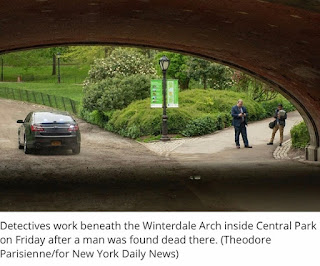 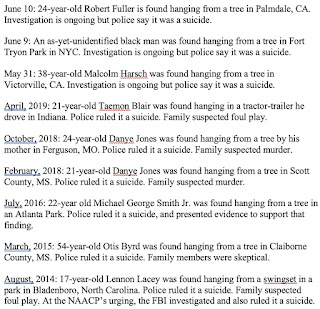 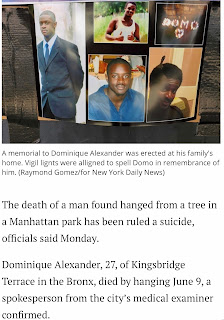 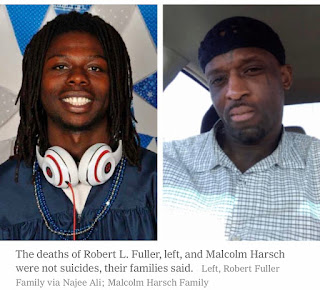 Posted by Loren Coleman at 8:44 PM