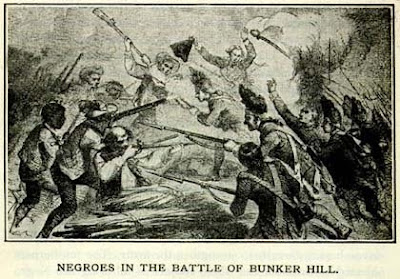 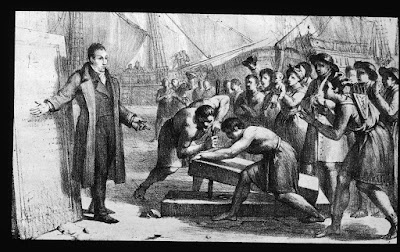 Lafayette lays the cornerstone at the Bunker Hill Monument
June 17, 1825.

This year is progressing slowly, and unpredictably. That being said, let's see if I can forecast what dates might be noteworthy to watch in June. I'm looking to June 17th, but that in a moment. Let's begin with a brief reminder about the 24th.

First a Word About June 24

On June 24, 1947, the modern era of UFOs began with Kenneth Arnold’s dramatic sighting of “saucers” flying between Mount Rainier and Mount Adams in Washington State. The primary significance of this particular date, St. John’s Day, cannot be diminished within ufology. Let's watch that date again this year.

More importantly, perhaps, let's look to June 17, in 2020, for what could be a surprising event.

For, a glance back to the past to foresee the future, here is a list of a few June 17th anniversaries, of some note.

The Battle of Bunker Hill was fought on June 17, 1775, during the Siege of Boston in the early stages of the American Revolutionary War. The battle is named after Bunker Hill in Charlestown, Massachusetts, which was peripherally involved in the battle. It was the original objective of both the colonial and British troops, though the majority of combat took place on the adjacent hill which later became known as Breed's Hill.

The Bunker Hill Monument is an obelisk that stands 221 feet (67 m) high on Breed's Hill. On June 17, 1825, the fiftieth anniversary of the battle, the cornerstone of the monument was laid by the Marquis de Lafayette and an address delivered by Daniel Webster. There is also a statue of William Prescott showing him calming his men down.

Doctor Joseph Warren attended Harvard and practiced medicine and surgery in Boston. He was a Grand Master of the Freemasons, a member of the Sons of Liberty and the Boston Committee of Correspondence. Dr. Joseph Warren was the President of Massachusetts' Provincial Congress; it is during the retreat from the redoubt that Joseph Warren was killed on June 17, 1775.

On June 17, 1825, the fiftieth anniversary of the battle, the cornerstone of the monument was laid by the Marquis de Lafayette and an address delivered by Daniel Webster. The Leonard P. Zakim Bunker Hill Memorial Bridge was specifically designed to evoke this monument. There is also a statue of William Prescott showing him calming his men down.

On June 17, 1972 – Watergate scandal: Five White House operatives are arrested for burgling the offices of the Democratic National Committee, in an attempt by some members of the Republican party to illegally wiretap the opposition.

On June 17, 2015, nine people are killed in a mass shooting at Emanuel African Methodist Episcopal Church in Charleston, South Carolina. 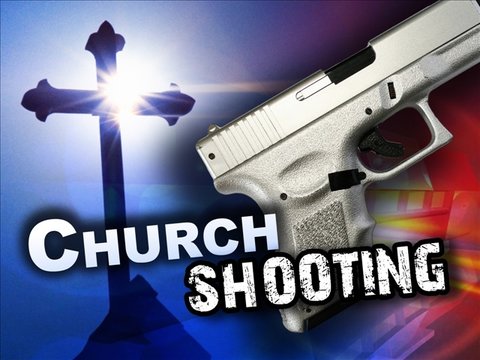 This event ~ a racially motivated mass killing by a man who identified with Confederate symbolism ~ followed the North-South, black-white underpinnings of the 2016 presidential campaign.

The Charleston church shooting (also known as the Charleston church massacre) was a mass shooting on June 17, 2015, in Charleston, South Carolina, in which nine African Americans were killed during a Bible study at the Emanuel African Methodist Episcopal Church. Among those killed was the senior pastor, state senator Clementa C. Pinckney; three victims survived. This church is one of the oldest black churches in the United States, and it has long been a center for organizing related to civil rights. 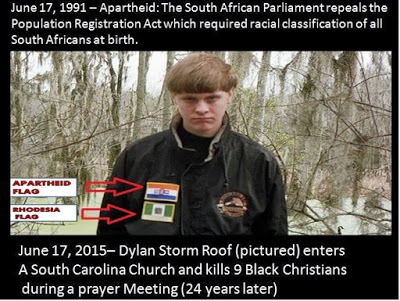 The morning after the attack, police arrested Dylann Storm Roof in Shelby, North Carolina (see the "Shelby Name Game" and more). The 21-year-old white supremacist had attended the Bible study before shooting. He was found to have targeted members of this church because of its history and stature. Roof was found competent to stand trial in federal court, then found guilty.

The "Charleston massacre" will have its 5th anniversary on June 17, 2020, at a time when the George Floyd demonstrations have changed the mentality of America. (For more twilight language insights, see here, here, and here.)

Bunker and Breed's hills are located in Charlestown, Massachusetts. Charlestown was laid out in 1629 by engineer Thomas Graves, one of its earliest settlers, named in 1614, in the reign of Charles I of England.

Charleston, South Carolina, was founded in 1670 as Charles Town, honoring King Charles II of England. Its initial location at Albemarle Point on the west bank of the Ashley River (now Charles Towne Landing) was abandoned in 1680 for its present site.

Charles Town, South Carolina, played a major role in the slave trade, which laid the foundation for the city's size and wealth, and was dominated by a slavocracy of plantation owners and slave traders. Independent Charleston slave traders like Joseph Wragg were the first to break through the monopoly of the Royal African Company, pioneering the large-scale slave trade of the 18th century. Historians estimate that "nearly half of all Africans brought to America arrived in Charleston," most at Gadsden's Wharf. 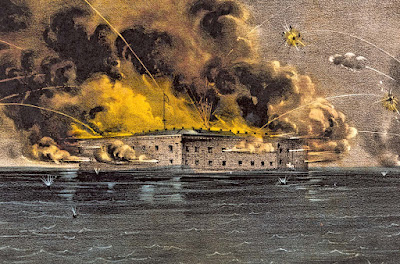 Fort Sumter is a sea fort in Charleston, South Carolina, notable for two battles, the first of which signified the start of the American Civil War. It was one of a number of special forts planned after the War of 1812, combining high walls and heavy masonry, and classified as Third System, as a grade of structural integrity. Work started in 1829, but was incomplete by 1860, when South Carolina seceded from the Union.

During the George Floyd events, the Fayette Factor appears to have played a heavy hand in some of the aligned incidents, from Floyd's birthplace (Fayetteville, North Carolina) to the peaceful demonstrators being sent to the winds so Trump could walk to his Bible photo op (at and across Lafayette Park, Washington, D. C.). See "George Floyd and the Fayette Factor: Fayetteville to Lafayette Square."

The exact overlapping of the 195th anniversary of General Lafayette giving a speech on June 4, 1825, in what would become Lafayette Square, Buffalo, New York, and the incident that would occur in nearby Niagara Square, Buffalo, was noted in "Fayette Factor: Buffalo." Lafayette is figuring into some the strange happenings.


(A gallery of images related to the Battle of Bunker Hill and beyond.) 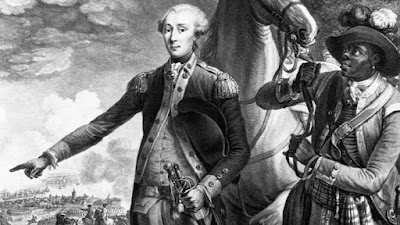 The Marquis de Lafayette and his assistant James Armistead, who became a spy for America, was also known as James Lafayette. 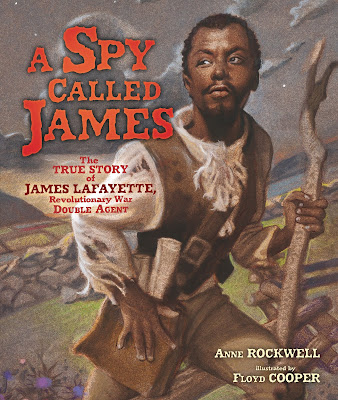 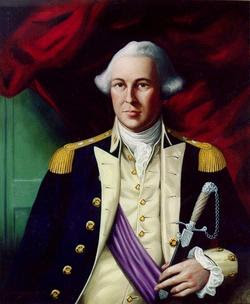 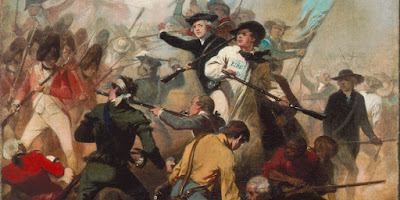 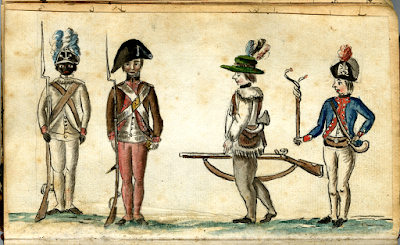 Black soldiers were part of the fighting. 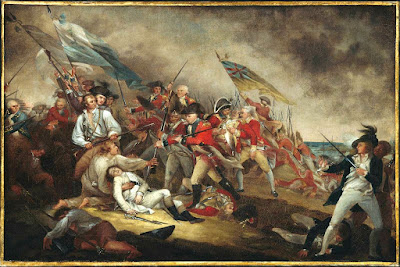 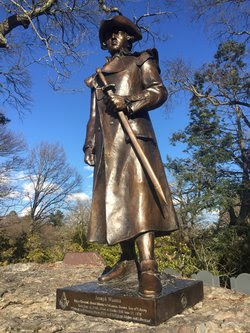 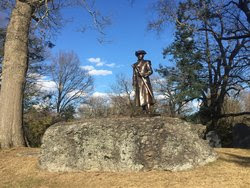 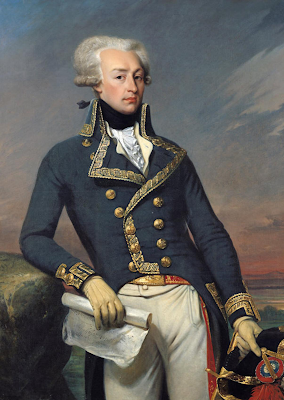 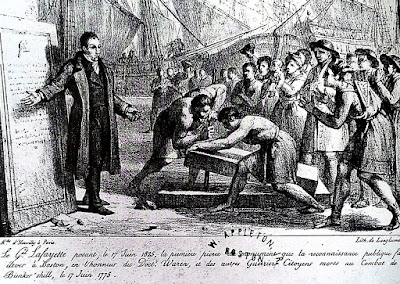 Lafayette laying the cornerstone in 1825 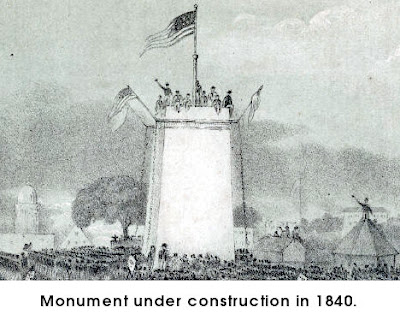 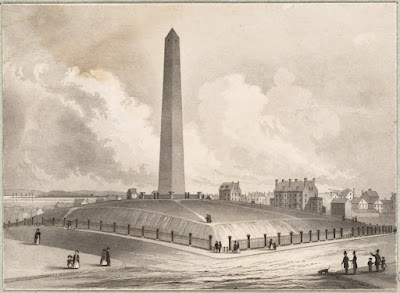 
My prediction has been that there will be a second wave announcement of cOVID around
The Summer Solstice which is June 20.
Because the word Chaos in Gematria is 19,
I would include the 19th as a possible date as well.


I also want to add to my previous comment, , that I also believe
that if the second wave of cOVID is announced,
I believe Atlanta ( on the 33 Degree parallel )
will be declared as a Hot Spot for the infection
( possibly from a high percentage of infection found in the Protestors
in the George Floyd chaos)

I believe if a second wave is announced , Mandatory Vaccinations will ensue
and The Fourth Industrial Revolution (a Technocracy ) will have begun.


Interestingly, Georgia's Connection to Lafayette.
From the Website : atlanta.consulfrance .org which reads :

The state of Georgia has a new annual holiday. September 6 has been declared Marquis de Lafayette Day.
The Frenchman and Revolutionary War hero, showed up on America’s doorstep
in 1777 at age ****19*****. ( emphasis mine )