Ufology has lost a significant researcher and author. 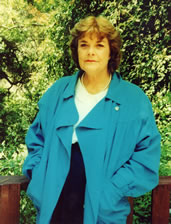 Ann Druffel, ufo researcher and biographer of ufo investigator James MacDonald, passed away last Friday, June 12, 2020, at the age of 93.

Druffel was always personally important to me for a private ego-linked, mutual author reason. After my first book was published, a Jungian excursion in ufology with Jerome Clark in 1975, I never forgot that Ann Druffel and D. Scott Rogo’s The Tujunga Canyon Contacts was the very first book that cited it. That other researchers-authors had actually taken the time to read our book was a reinforcement of all the hard labor we had invested!

I went on to read her books, and discover she was a gem in the field. 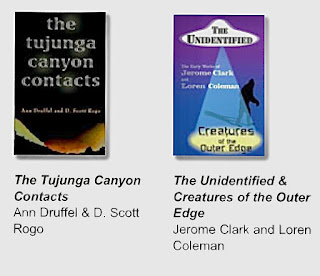 As fate would have it, today Ann’s and Scott’s fist book is listed next to Jerry’s and my first (combined) books in the Anomalist Books (Anomalist.com) catalog. 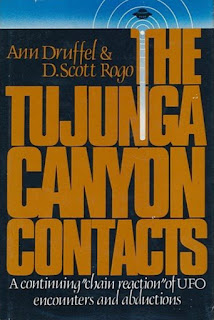 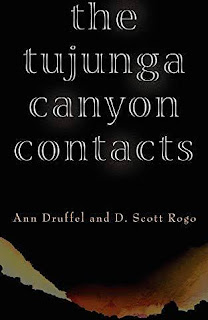 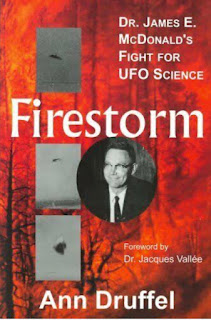 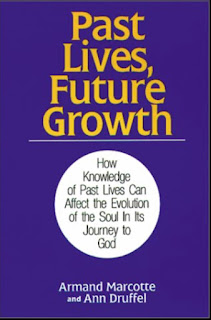 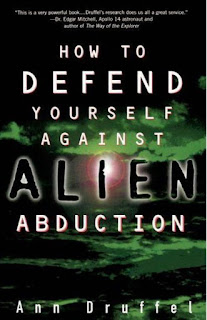 
UFO researcher and author Ann Druffel dates her interest in the UFO question from 1945 when, as a schoolgirl, she viewed a bright yellowish object, very high in clear blue skies over Long Beach, California. She and her mother, Aileen Walsh McElroy, watched the object as it slowly traveled westerly. After about an hour and one-half, having traveled about 30 degrees from the NNE to the NNW, it then released 15-20 smaller shiny objects, which took varying paths out and away from the main object. Years later, it was determined that this sighting occurred at about the same time the first experimental atom bomb was exploded in New Mexico.
Interested in earth mysteries of all kinds, Druffel has researched various aspects of the UFO question and investigated reports of all kinds since 1957. She was one of the first investigators for NICAP, remaining with that organization from April 1957 to 1973. During the NICAP years she became acquainted with the renowned atmospheric physicist, Dr. James E. McDonald, and participated with him in several UFO cases during his six years of UFO research. After NICAP was destroyed by subversive agents from the FBI and CIA who had secretly penetrated into the higher realms of NICAP, Druffel joined the Mutual UFO Network (MUFON) with which she is still actively associated as investigator, frequent contributor to their journals and other official capacities. She also joined the Center for UFO Studies (CUFOS) and contributes articles on California sightings and other UFO subjects to IUR (International UFO Reporter). She was a U. S. consultant and regular contributor for the British research journal FLYING SAUCER REVIEW (FSR) through 2004.
She has authored six books and numerous articles for newsstand magazines on UFOs and other earth mysteries and has contributed 190+ articles and columns for top UFO journals in the field. One of her recent books, FIRESTORM!: DR. JAMES E. McDONALD's FIGHT FOR UFO SCIENCE, published in July 2003 by "Wild Flower Press/Granite Publications", re-introduced the phenomenal UFO research and amazing results of prestigious atmospheric physicist, James E. McDonald, to the world. The astounding gains McDonald made, during his public work in the UFO field between 1966 and 1971, today give us undeniable evidence that the scientifically-oriented approach is necessary to solve the UFO problem. It details how McDonald made great strides in convincing the Scientific Community at large that UFOs were a real phenomenon which was being neglected by Science and also how he apparently was at the verge of breaking through the government coverup. Tragically, McDonald's breakthroughs were unexpectedly cut short in 1971 when he died an apparent suicide, but FIRESTORM! relives his work and methods which, if put into effect today in the UFO field, could perhaps bring about a solution.
Her book, HOW TO DEFEND YOURSELF AGAINST ALIEN ABDUCTIONS, published in August 1998 by Random House/Three Rivers Press is also available nationwide on Amazon.com, on other websites and on a POD basis from the publisher and in bookstores. It presents many true accounts, drawn from her present database of 120 "resisters", which demonstrate how nine simple mental and physical techniques can drive away these harassing creatures. If these creatures do, in fact, exist at any level of reality, perhaps they are "posing" as occupants from physical UFOs. Druffel has continued research into this field, as more techniques surface and as more is learned about personality traits of resisters as opposed to non-resisters. The book was also written for all members of the American public who are interested in various aspects of the UFO question but who are tired of hearing that the human race is at the mercy of aliens. In general, as regards UFOs, Druffel hypothesizes that the so-called "UFO phenomenon" is actually two separate phenomena. Like James McDonald, she favors the extraterrestrial hypothesis to explain UFOs seen from a distance, in which no contact or only minimal contact occurs between the witnesses and craft/occupants. From the weight of evidence, she is convinced that reports by credible witnesses of seemingly metallic, physical aeroforms which are detected on radar, chased by jet pilots, and photographed by verifiably honest witnesses constitute a serious scientific question which has been neglected by the Scientific Establishment and that secrecy imposed on the subject by the US Government is unjust and illogical.
On the other hand, Druffel considers so-called abduction-scenarios to be separate phenomena from the possibly extraterrestrial UFOs. Since most abduction scenarios take place in altered states of consciousness she doubts the physical reality of so-called genetic manipulation, missing fetuses, alien-military cooperation and "alien implants" associated with abduction scenarios, due to the lack of solid scientific proof. The widespread knowledge, shared by most abduction researchers, that this phenomenon itself demonstrates deceptive components leads her to hypothesize that so called "abducting UFO aliens" are posing as actual UFO occupants from physical UFOs. Concurrent with this is the growing evidence that many abduction reports are caused, at least in part, by a combination of:

1. telepathic leakage during hypnosis between witnesses and hypnotist/researchers; and/or
2. psychological and emotional needs of the individuals concerned.
However, she accepts the possibility that many abduction scenarios may be real in some type of "altered reality", especially those reported by undeniably rational, honest, and productive individuals. She accepts the possibility that such witnesses may be interacting with interdimensional beings which delight in harassing, deceptive, and assaulting unsuspecting human beings, often in a sexual manner. The orders of creation described in Celtic accounts (known as Sidhe), in the Muslim KORAN (known as jinns), in various European sources (known as incubi), by numerous names in Native American tribal cultures and in similar accounts from numerous world cultures "paraphysical creatures" are reported to act in intrusive ways very similar to our present so-called alien abductors. These orders of creation are described in historical and philosophical works, as well as in folklore down through the millenia as (1) having the ability to shape-shift at will; (2) entering our Space-Time temporarily from their own space-time continuum(s); (3) sexually harassing their victims and performing other harmful mischief and (4) appearing in various forms and "clothing" consistent with their victims' own cultural backgrounds.
Posted by Loren Coleman at 2:56 AM