On Monday, June 22, 2009, Chris Davis will be laid to rest. Few involved can forget the shy young man who would find himself in the limelight after he came forth to say, yes, he'd seen a bipedal reptilian creature near Bishopville, South Carolina. 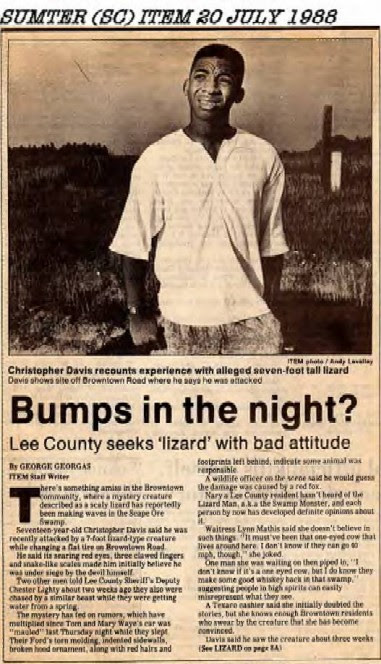 The local paper, The Item, noted that...

Christopher Davis was killed shortly before 11 p.m. in an incident at his home at 5230 DuBose Siding Road. Investigators say Davis was targeted in a drug-related incident.

In another story, the cause was clarified:

His killing...was drug-related. A narcotics officer recovered 10 grams of marijuana and two scales from the kitchen of his home, the sheriff said.

Because the investigation is still pending, he was unable to provide more information, except that a shotgun was used as the murder weapon and that Slater and Butler both had criminal records.

According to the police report, five other people were present at the time of the shooting. They were Davis’ girlfriend, his brother, the brother’s friend, Davis’ 12-year-old daughter and his 14-year-old son, who witnessed the shooting. None was injured.

Christopher Davis, a Lee County native, recently moved to Sumter County, Lee County officials said. Davis became an international celebrity at the age of 16 when he reported the first sighting of the legendary Lizard Man of Lee County.

Former Lee County Sheriff Liston Truesdale told the media that "there would be no Lizard Man without Davis." 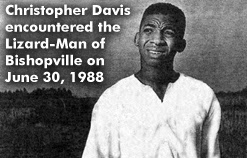 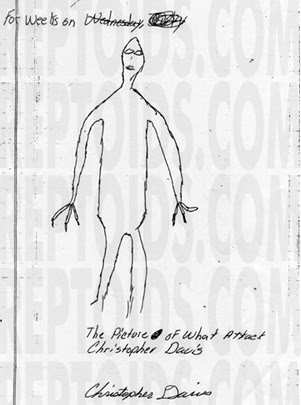 "In July 1988, Chris was the first witness interviewed as seeing the Lizard Man," Truesdale said. "And what impressed me was that he told the same story every time. And he had to tell the story over and over again to the media and others. If you're lying, you can't tell the same story twice."

Everybody wanted to hear the Lizard Man story from the eyewitness, Truesdale said.

Davis served as a grand marshal at a festival parade and signed T-shirts at a mall in Myrtle Beach, he said.

"At that time, he was super, nice kid," he said. "You know, I bet he told the story more than 100 times every week for several weeks."

Truesdale said he believes the media attention and publicity became too much for him.

"He could have made a mint from this," Truesdale said. "A lot of people don't know that he was scheduled to go to the Oprah (Winfrey) Show, but he canceled it. I think finally he just had enough." 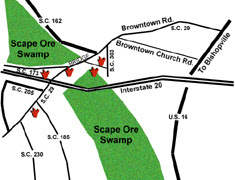 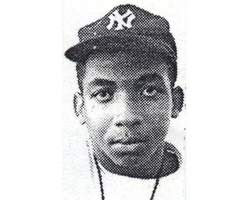 Funeral services for Christopher Davis will be held at 1:00 p.m. Monday, June 22, 2009, at the New Haven United Methodist Church in Bishopville, South Carolina. 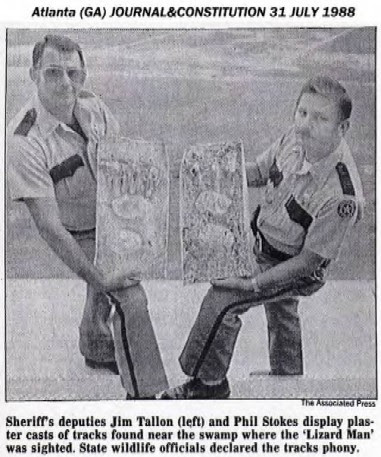 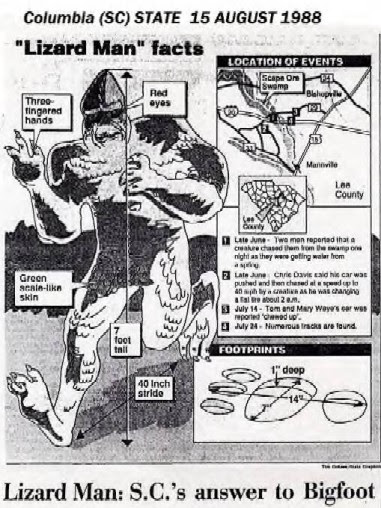 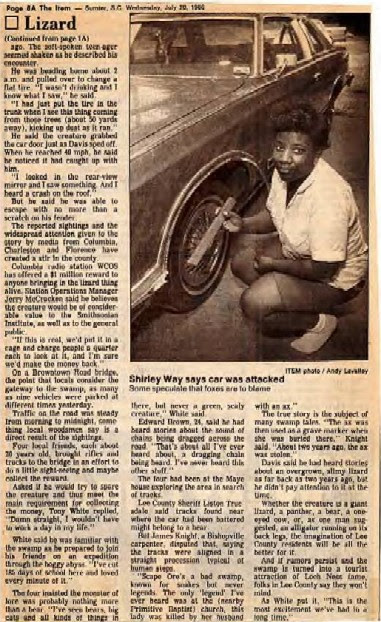 See Cryptomundo for more about Lizard People.
Posted by Loren Coleman at 12:23 PM

If you live by the sword, you die by the sword. Life in these United States, no? One also cannot help to think, if this guy was a drug dealer, then how much more believable can his story be about the lizard man. One has to wonder. But again one wrong does not necessarily mean he lied about the good ol' lizard man. Sad.

Would it be too much of a stretch to make an analogy with the movie "The Village"? A monster was used to scare the public and the village elders fought to keep that a secret from the general population.

I loved Chris. He was a beautiful human being no matter what he may have been involved in. He was a very honest person and when I asked him of "The Lizard Man" he divulged information as if from memory. He was loving and kind to a flaw. If you made friends with him you had a friend for life no matter what. He was too trusting. He will be missed by the many who knew him. R.I.P Nig there will never be another like you.

I too saw the LIZARD MAN, not in SC but in California, and the year was 1966 outside of Hopland about half way over to Clear Lake. It was mid summer afternoon and very hot outside. That whole area is very desolate and very rugged covered in manzanita scrub with many abandoned mines in the area. For some reason I pulled over to the side of the road just to rest and enjoy this remote landscape. A movement about 100 yards away caught my eye, I thought it might be a deer or wild pig so I got my binos out and focused it on the spot where I saw the movement, I was STUNNED, it was a 7-8 ft. REPTOID, I know it saw me, then it retreated into an outcropping that was probably the entrance to an old disused mine. At first I thought I was daydreaming, as the hot weather can make you sleepy, but I wasn't I ACTUALLY SAW A HUGE REPTOID. I roared out of there pronto and never went back nor did I ever tell anyone about it for years afterward. After many years of research I now realize that there is probably a huge underground cavern system up there containing these extraordinary beings. I'm too old now to go traipsing through those rugged canyons but just knowing that we are not alone on this here earth makes me appreciate the CREATOR all the more!

What you need is a band of adventurers with guns to go and track these lizards down. Isn't there a hunting party or something that wants to make a quick buck? Imagine the publicity if this is real.

People don't make long term money on proven facts ... Keep it a mystery and the profit is long term. Bishopville has t-shirts etc.

Where exactly on Google maps?

Where exactly ? On map?