Mark Pellington, The Mothman Prophecies, Arlington Road, Mason Gamble, Esalen, and Golf in the Kingdom. It's just another day in synchromysticism.

Christopher Knowles, over at The Secret Sun, today is discussing "astrognostics," and then he starts to make some connections to names personally familiar to me.

After pondering some popular cultural astrogeneaology emails, family mythology, and some films it brought to mind for him personally, Knowles writes that he has "friends in common" with Mark Pellington, director of The Mothman Prophecies. He notes that Pellington's first feature film was Arlington Road.

And weirdest of all, Arlington Road opens with a harrowing scene of a boy who's been maimed by a bomb. The boy is played by Mason Gamble.....who I was just hanging around with at Esalen. The gyre is constantly widening, isn't it, Bob?.

But for some reason, the syncs we see inside films like The Nines or The Number 23 never seem to be as arresting as the syncs we see in the Synchrosphere, or in our own lives. Movies are great at generating Synchronicity, but not usually as good at portraying it. ~ Chris Knowles

As some may or may not know, I worked with Sony/Screen Gems' publicity division in late 2001 and early in 2002, doing media interviews on behalf of Pellington's film. John Keel was regularly ill, so I appeared on nearly 400 radio shows and in a few television documentaries (including on the special deluxe DVD) talking about the Mothman movie. My Mothman book also came out in January 2002, complete with what's called a tie-in "sunburst" promoting the movie on its backcover.

Loren Coleman being interviewed about Mothman on "Animal X."

The links mentioned by Knowles are intriguing, to say the least.

It is a small world, indeed.

Pellington, I found, is a master of understanding the "name game." Arlington Road was a deep look at the conspiracy thought process. The Mothman Prophecies film and events surrounding it are a synchromystic gold mine or minefield (depending upon how you are impacted). Some of Pellington's "name games" are seemingly well-planned and others simply align with supposedly "random events," which I can hardly insult anyone anymore by calling them "coincidences."

In February 2002, I wrote of some of these elements I discovered in a SciFi Dimension piece, entitled "The Mothman Prophecies: 'Gordon Smallwood' and Some Strange Happenings."

I've discussed often the little "name games" played in this movie, such as John Keel showing up in the "Leek" (as in "Keel" backwards) character, played by Alan Bates (who died December 27, 2003) and the "John Klein" (John Keel) role of Richard Gere. But sometimes the "games" seem to turn sinister.

As I was writing that SciFi piece, deaths related to the original Mothman eyewitnesses were occurring too frequently, including Agatha Bennett (January 12, 2002), Charles Mallette (January 22, 2002), and Gary Ury (February 15, 2002). When the deaths started touching closer to the film and my book, the darkness seemed nearer. Some of those deaths included Ted Demme (Pellington's friend, January 13, 2002), Ted Tannebaum (the film's executive producer, March 7, 2002), and Aaron Rebsamen (son of the illustrator who did the art for my book's cover, by suicide, May 23, 2002).

Then, with much shock and sadness, I was so sorry to hear that Pellington's young 42-year-old wife died unexpectedly two years after the success of his film, on July 30, 2004.

That movie took many of us on several wild rides, emotionally.

That Knowles would highlight Mason Gamble, when so much of The Mothman Prophecies centers on the happening in Mason County, West Virginia, seems only right. To learn that Gamble's next project is as Michael Murphy in the movie adaption of Golf in the Kingdom (1972), an Esalen book by Michael Murphy, well, just seems so very Secret Sun. :-)

For those unaware of the links here (pun intended), here is the overview of Golf in the Kingdom:

Esalen Institute founder Michael Murphy's divine meditation on the royal and ancient game defied categorization when it was first published in 1972, and it still does. Instantly hailed as a classic, Golf in the Kingdom is an altogether unique confluence of fiction, philosophy, myth, mysticism, enchantment, and golf instruction. The central character is a wily Scotsman named Shivas Irons, a golf professional by vocation and a shaman by design, whom Murphy, as participant in his own novel, meets in 1956 on the links of Burningbush, in Fife. The story of their round of golf together culminates in a wild night of whiskey and wisdom where, as Shivas demonstrates how the swing reflects the soul, their golf quite literally takes on a metaphysical glow. The events alter not only Murphy's game, but they also radically alter his mind and inner vision; it's truly unforgettable. For a golfer, Murphy's masterpiece is as essential as a set of clubs.

Even as a non-golfer, I appreciate the deep mystical significance of golf's connection to much of what we all are attempting to fathom. One can measure a circle, beginning anywhere. 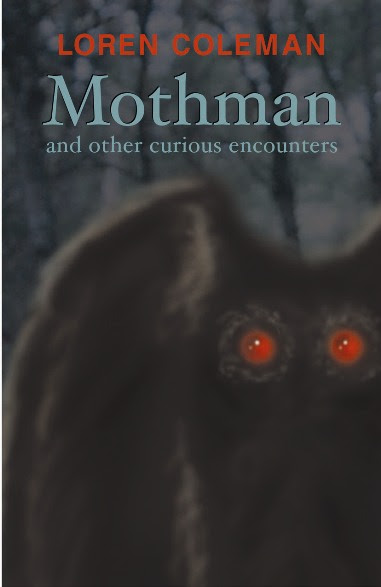 Mothman and Other Curious Encounters, 2002.

I don't know why, but this story - and it's spider web of synchonistic weirdness - seems to resonate with me.

Oh, it gets better, Loren- my editor came down to Esalen this year to see my presentation on the X-Files. She's actually from Point Pleasant and remembers the Silver Bridge incident quite well...

Mike, that kid's picture of yours really freaks me out today.

Ah ha, Chris, the world just got even smaller.

the red line crash in Washington , where is Arlington is a large district.
Also the first 'swine flu' victim came from harlingen in Texas, I believe the names are the 'same' just spelt differently.

What if Mason gamble was actually a description of a risky tactic by a Mother and and son?