Thai police have reported that actor David Carradine, 72, has been found dead with a rope around his neck and genitals, according to the BBC News. That is how this news is being broadcast globally. 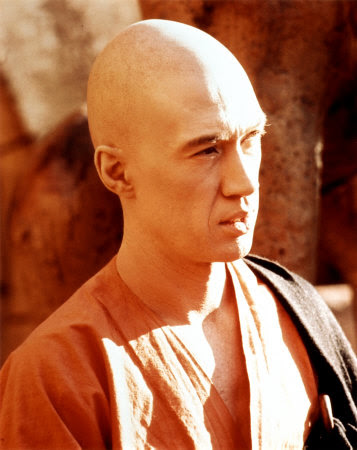 On June 4, 2009, Carradine was found dead in his room at the Park Nai Lert Hotel in Junfan Mulay, Bangkok, Thailand. The initial police report indicated that Carradine had died by suicide by hanging himself; he was found by a hotel maid sitting in a wardrobe (closet) with a rope around his neck and body.

It said a preliminary police investigation found that he had hanged himself with a cord used with the room's curtains. It cited police as saying he had been dead at least 12 hours and there was no sign that he had been assaulted.

Police Lt. Gen. Worapong Chewprecha told reporters that Carradine was found with a rope "tied around his penis and another rope around his neck."

"The two ropes were tied together," he said. "It is unclear whether he committed suicide or not or he died of suffocation or heart failure due to an orgasm."

David Carradine was the star of the 1970s television series "Kung Fu”," lead as the folksinger Woody Guthrie in Bound for Glory (1976), and the title villain of the “Kill Bill” movies (2003, 2004). The United States Embassy in Bangkok noted that Carradine had been found dead in his hotel suite in Bangkok, where he was working on a movie, Stretch.

After a short run as the title character in the 1966 television adaptation of the Western “"Shane,"” Carradine found fame in the 1972 series “Kung Fu” as Kwai Chang Caine, a wanderer raised by Shaolin monks to be a martial arts master. The role was originally to have been for Bruce Lee, but Hollywood wanted an American. They went with Carradine. He enjoyed a career resurgence in recent years when he was cast by Quentin Tarantino in the action movies “Kill Bill: Vol. 1 and “Vol. 2.”

David Carradine was part of an acting family that included his father, John; his brother, Bruce, and half-brothers Keith and Robert; and his nieces Ever Carradine and Martha Plimpton. There has been talk of a "Carradine Family Curse."

During 2009, Carradine was working on the following projects: Portland, Night of the Templar, Money to Burn, Six Days in Paradise, Su Qi-Er (True Legend, English title), The Rain Chronicles, and Detention.
Posted by Loren Coleman at 11:11 AM

Carradine is the family curse?!
I think that watching this movie, you will be able to understand why it happened.
See the last interview:Carradine-film

He also reprised the role of Caine in a short-lived series in the 90's (I think).

It was set in the present day.
Could this be auto-erotic asphyxia???

The gay blog/press is pretty much assuming that this is a case of auto-erotic asphyxia, same as the lead singer of NXS (don't recall his name).