Remember that Michael Jackson's ranch was named after Neverland, the fantasy island in the story of Peter Pan, where children never grow up. 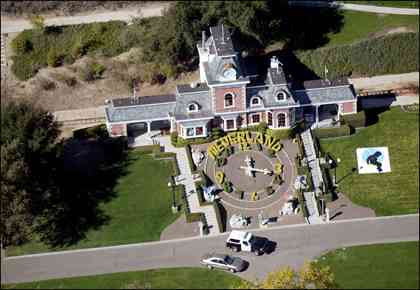 Peter Pan was a story written by a man who was obsessed with little boys and had a dark side. 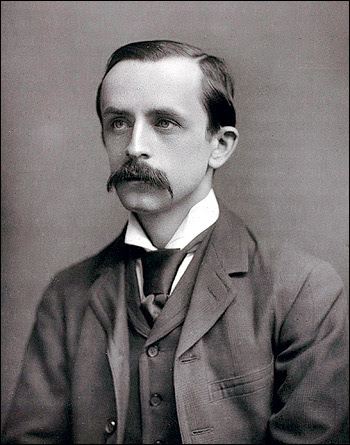 J.M. Barrie, the author of Peter Pan, technically at 4 ft 10 in tall (question sources that promote an over five ft height), was a dwarf (which had a psychological impact on him). His child molestation-oriented letters and writings have often been overlooked, hidden, and suppressed. But even the overt story of Peter Pan gives clear hints of the deeper disturbed nature of the author and today's followers.

The "Peter Pan" name has sinister links to a modern subculture of child maltreatment and sexual abuse in this country, far beyond Jackson's legacy and court cases, but more of that another time.

Children do grow up, some are hurt along the way, and men do die.

Brian Oxman, the Jackson family attorney, has remarked that Michael Jackson was surrounded by people who enabled his abuse of prescription drugs.

Michael Jackson's close pal Uri Geller was “too upset for words” tonight to make a statement. 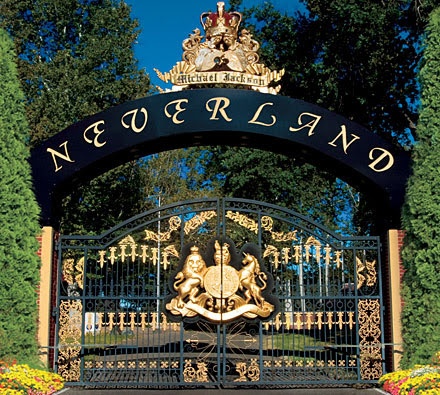 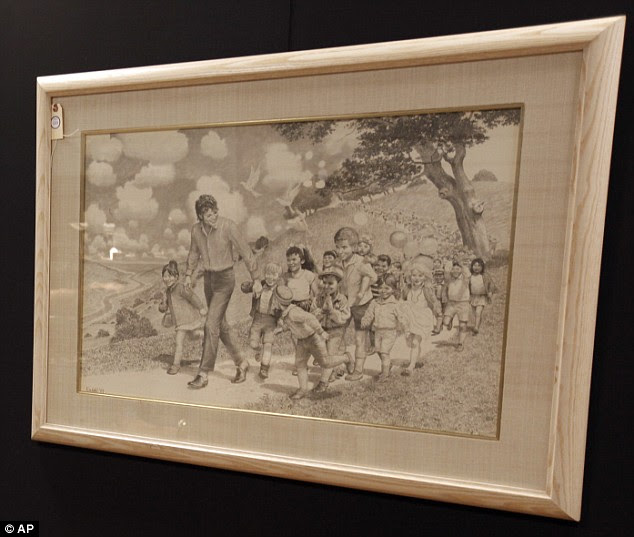 Posted by Loren Coleman at 6:30 PM

Well, it looks to me like we're in for "Michael Weekend" real fast.
I say this will last about two weeks. Maybe slightly less.

Including the funeral, the attempted settling of various lawsuits, the question of who gets his children (I think it has been announced his mother will get custody of them) and the discussion as to whether Jacko really can truly be called the "Elvis of this generation." Among other things.

Plus the sincerely real question of whether his demise was due to doctors/confidantes/friends administering drugs to him recklessly---aggravating his decades-long prescription drug habit, a la Anna Nicole.

Another question is the very real possibility he may have had acute Anorexia, which may have been one of the contributing factors to his death. Honestly, I do not understand how he lived to be 50 with his various conditions.

Since battle lines have already been drawn between roughly A) people who admit he was a "troubled, disturbed soul" but choose to remeber and testify to the greatness/genius of the enterntainer and to his impact in world culture, or B) folks who are muttering "Burn in Hell" under their breaths right now and are puzzled right now as to how anybody could like a "guy like him," I have to say I'm in the first camp.

Whatever he probably did, that was not the "whole" of the man.
The Almighty will "take care of him", whatever he did. If you are an atheist, one can say that posterity will be the judge.

But we cannot just stop listening to his records and just dismiss him as a "sick molester" without first acknowledging that with a family like his, you'd turn out screwed up, to. No excuse for whatever he "did<" but one can "understand".

Whatever he was or was not, he deserves admiration and some remembrance. RIP, King Of Pop.

I had the fortune of attending one of the concerts he gave in Mexico in 1993. 10 years after he showed the world his Moonwalking dance that became the most important visual reference of 80s pop culture.

Now, I don't want to discuss the man's accomplishments or bad deeds. What I find interesting at the moment is that Michael seems to close a crop of famous 70s-80s American media personalities; starting with David Carradine, followed by Ed McMahon, and then came Farrah and Michael. It almost feels as if the deaths were reaching a crescendo of popularity and cultural impact!

I'm wondering what will happen to the rights of The Beatles? MJ Owned it did he not?

Point of information: Some submitted comments are rejected due to language, lack of spellchecking, overly personalized messages sent in as "comments," and based on the fact the comments are outdated by the latter incorporation of edited suggestions or revisions into the blog.

I'm not a Jackson fan or admirer and I'm only vaguely aware of his life story, but the "media coverage" of his death appeared to be more akin to scavengers engaged in a feeding frenzy over Jackson's emaciated corpse than anything resembling news.
My local news station even dug up (sorry) a chauffeur from this area who drove Jackson around 20 years ago.
I guess that one price of fame is that one will never actually rest in peace.

I know Mike has had his issues with children, but the actions of the media vampires are no less reprehensible.

Since you're on the topic of child molestation, I'm curious about your take on the Franklin child prostitution ring investigated by John DeCamp & Dave McGowan.
I do believe there was a Discovery Channel documentary on this that was suspiciously pulled at the last minute.
There is much speculation about this on the web, with much conflicting testimony, but as a long time reader of your books I'm interested to know if you think there's substance there.