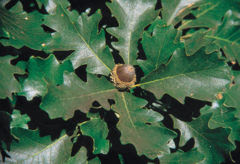 The Sturgis Journal of Michigan is reporting that a man gathering sweet corn near Burr Oak, Michigan, in the southern part of the state, is the latest to have an unexpected encounter with an alligator. As noted at Cryptomundo, there have been several crazy croc encounters this summer.

In the latest incident, Jeff Adamski of Burr Oak said he was picking corn near the Michigan-Indiana border when two women who were a few rows over came running and screaming, saying they had seen an alligator.

Adamski told the Sturgis Journal that the alligator darted toward him and kept coming as he backed away. Adamski moved faster, but then he began to worry about a child being attacked by the nearly 3-foot reptile. He grabbed a 4-foot bar from his truck and killed it.

Adamski, 45, said he asked his brother-in-law to come get the alligator and put it in a freezer.

"I wasn't done picking corn yet," he told the newspaper. "And no one would have believed me. They'd say 'What time did you start drinking?' "

Alligators also have been seen in recent weeks in the Chicago River, a Boston suburb and New York City. 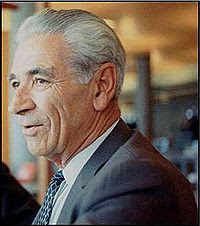 Within the realm of the "name game," it must be pointed out that the name "Adamski" has immediate association with ufology. George Adamski ~ pictured above ~ (April 17, 1891 – April 23, 1965) was a Polish-born American citizen who became widely known in ufology circles, and to some degree in popular culture, after he claimed to have photographed ships from other planets, met with friendly Nordic alien "Space Brothers," and to have taken flights with them to other planets.

Adamski was the first of the contactees of the 1950s, who styled himself to be a "philosopher, teacher, student and saucer researcher," though many of his stories were considered fictions and hoaxes. Also an author, Adamski wrote a 1949 science fiction book (ghost written by Lucy McGinnis) with a space travel theme, Pioneers of Space: A Trip to the Moon, Mars and Venus, published by Leonard-Freefield Co of Los Angeles. In 1953-1955, he reworked parts of the fictional material from that previous book and included it as fact within his Inside the Space Ships and his revised best-selling Flying Saucers Have Landed, co-written with Desmond Leslie. On April 23, 1965 at the age of 74, George Adamski died of a heart attack in Maryland.

The moniker Adamski has, therefore, instant name recognition and been aligned to UFOs for almost 60 years.

In recent years, Adamski has been the name used by an English dance music producer, prominent at the time of acid house for his tracks "N-R-G" and "Killer" (a collaboration with Seal). He was born Adam Tinley, December 4, 1967, in the New Forest, England.

Burr Oak, Michigan is a location with some weird history of its own.

The Burr Oak cemetery in Michigan (a historically significant AfricanAmerican resting place) is said to be haunted, and unsubstantiated reports of gaunt, black tux clad figures lingering near the old gates adjacent to the tri-state on-ramp are in the literature. On November 28, 2005, two greenish blue UFOs were reported at Burr Oak, Michigan. On June 19, 2009, sightings of a crescent moon shaped UFO were recorded for Burr Oak, Michigan.

In early August 2010, WWMT reported that a "mystery cat" (a cougar) killed a goat and mauled another at a farm in Burr Oak Township, Michigan.

In terms of the name game with Burr Oak, the name is used extensively in the Salt Fork Park, Ohio, area, and recent Bigfoot sightings in 2006, 2008, and 2009, have occurred on the trail near the Burr Oak Lodge, and near Burr Oak Cove on the northwest tip of the Burr Oak Reservoir.

Burr Oak cemetary in Alsip was a big news item in Illinois a year ago. Lots of misplaced bodies and headstones.