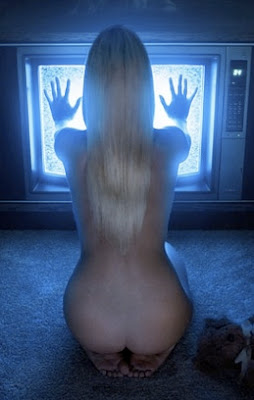 At eleven I devoured all the words I could discover by Charles Fort and recalled being struck by his discussions of fires. He probably put it most concisely in the following covert preface to his examination of weird fires, as found in Wild Talents (1932):

"Because of several cases that I have noted, the subject of Fires attracted my attention. One reads hundreds of accounts of fires, and many of them are mysterious, but one's ruling thought is that the unexplained would be renderable in terms of accidents, carelessness, or arson, if one knew all the circumstances. But keep this subject in mind, and, as in every other field of phenomena, one comes upon cases that are irreconcilables"

Fort then ventures forth into the topic of fires associated with poltergeist activity. Case after case is given of multiple fires starting in a house or a series of fires following a family from dwelling to dwelling as they attempt to escape the wrath of the unseen firestarter. The parapsychologist Nandor Fodor called them "incendiary poltergeists." In his chapter appropriately entitled "The Rage that Burns the House Down," Fodor used incendiary poltergeists to illustrate his underlying theory for the cause of all poltergeist activity, namely: "The chief motive behind Poltergeist disturbances is repressed aggression in the psyche of adolescents before puberty." He's talking about "psychokinesis" (PK), of course, which means "to move by the mind."

The stories Fort gathered from the end of the last century and the beginning of this one certainly supported Fodor's thoughts in this direction. Fort's incendiary poltergeists accounts are populated by families containing adopted daughters, housemaids, servant girls and teenagers. Fort called these young women collectively, the "poltergeist girls." The work of Vincent Gaddis and the late D. Scott Rogo on poltergeists, likewise, contain sets of cases filled with mostly latency-aged and adolescent females. Rogo's excellent discussion of these fiery geists in the first half of his chapter "Bizarre Poltergeists" looks at both Gaddis' and Fodor's notions of PK-induced electrical charges coming from young people on-site. Rogo notes that such PK-sparks cannot explain why normally noncomhustible objects are also consumed by the incendiary poltergeists. Nevertheless, all of these authors agree to the abnormality of incendiary poltergeist incidents.

Fire insurance, it should be noted, was a direct result of incendiary poltergeist activity. During the turn of the century, in that de-bunking, rational thinking world, the rash of incendiary poltergeists 98 cases were more often than not placed at the hands of the young women who happened to be nearby. Human arson and mischievous firesetting were to blame, we are told. But in a personal discovery unrecorded to date in the anomalist literature, I found through a search of non-Fortean fire investigation history direct links between a series of what I would have to say were fire poltergeists in wealthy New York
City homes, the attempted blaming of these fires on mostly German housemaidens, and the development in the United States of fire insurance. The insurance underwriters were called in when the fires could almost be classified as an epidemic and the domestic help explanations were found to be full of holes. The implications of such a history are worth pondering for a moment.

Selected references at the end of my article:

I recommend China's Super Psychics by Paul Dong for more on this topic.