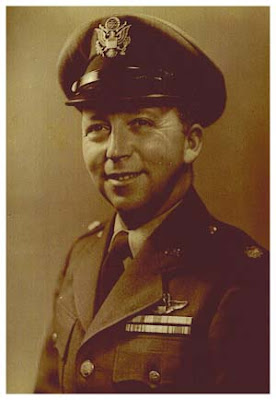 Wendelle Stevens as a Major at the Wright Air Development Center in Dayton, Ohio.


Retired USAF Lt. Col. and UFO researcher Wendelle C. Stevens, author of such books as 1986's UFO Crash at Aztec: A Well-Kept Secret, has died at the age of 86. He passed away on Tuesday, September 7, 2010, at 4:21 p.m. of a massive heart attack. Another source says he died at 4:44 pm in his home in Tucson, Arizona of respiratory failure. He is dead, which is for certain.

Wendell C. Stevens was born January 18, 1923, in Round Prairie, Minnesota.

After enlisting in 1941 n the US Army and he was transferred to the Air Corps in 1942. He was accepted for Aviation Cadet Training the same year and graduated from Fighter Pilot Advanced Training in 1943 as a very young 2nd lieutenant in the then U.S. Army Air Corps. After that he attended the first Air Corps Flight Test Pilot School at Kelly Field where he learned to fly all the aircraft in the Air Corps inventory at that time, and a few U.S. Navy Aircraft. He was assigned as the first commander of the First ARU Floating, an aircraft, maintenance squadron, in the Pacific theater. This continued until the war ended in 1945.

After the war ended Stevens was reassigned back to the Flight Test Division. He continued in this capacity until the summer of 1947 when he was rotated to Alaska, where he supervised a special highly classified team of technical specialists who were installing hi-tech data collecting equipment. It was there that the data collecting equipment onboard B-29s detected UFOs.

Stevens also served as US Air Attaché in South America. He retired from the USAF in 1963 and worked for Hamilton Aircraft until 1972. He retired as a Regular Air Force Lieutenant Colonel, which grade he still held in retirement.

Wendelle Stevens was actively involved in ufology for 54 years, first as Director of Investigations for the Aerial Phenomena Research Organization (APRO) in Tucson, Arizona, where he retired.

Becoming disenchanted with the dearth of detail on contact events reported in contemporary books and journals of the time, several years ago, Stevens began preparing detailed reports of his own investigations of extensive and on-going UFO contact cases that came to his attention. These reports often ran to over 200 pages and some to over 600 pages, in length and were published in heavily illustrated permanent hard cover library style bindings.

He amassed one of the largest collections of UFO photos and investigated a number of contact cases, published in more than 22 books. His most famous one was the Billy Meier case in Switzerland.

In December 1997 he received an award for lifetime achievement at the First World UFO Forum in Brazilia, capital of Brazil. He was a founder and Director of the International UFO Congress and recently transferred his extensive photo collection, library and archives to Open Minds Production. 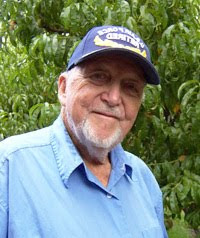 Stevens often expressed strong opinions. For example, Stevens included a section in his UFO Crash at Aztec book about the alleged crash of a UFO at Laredo, Texas on July 7, 1948, believing that the UFO was a top-secret U.S. experimental aircraft and that the burned body allegedly found was that of a large rhesus monkey. In a 2009 interview, Stevens said that, although he believed many UFO incidents do involve extraterrestrial spacecraft, he thinks the 1948 Laredo crash was really a secret experiment that originated at the White Sands, New Mexico missile range.

For serious ufologists, one of the most problematic associations that Stevens had was with Billy Meier, who most in ufology feel is a hoaxer. Wendelle C. Stevens' several volumes of Message from the Pleiades: The Contact Notes of Eduard Billy Meier, were the world's introduction to the citizen of Switzerland who claims to be a UFO contactee and the source of many controversial UFO photographs presented as proof Meier has had contact with space aliens.
Posted by Loren Coleman at 8:36 AM

Thanks for the heads-up, Loren.

That's the problem with Ufology (and life in general, perhaps): involvement with one bad case can tarnish the accomplishments of a life time in the public's eye.

Although I'll say this: without the Billy Meier case, I probably wouldn't be writing this message right now.

wow - what a life to have had!