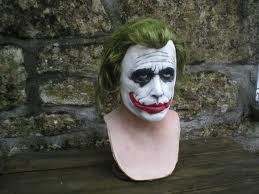 It has happened again, but luckily there was no loss of lives. An individual went into a film wearing a Joker mask (from the Dark Knight?), and scared moviegoers into running out of the Century theater. What was he thinking?

The Daily Camera reports, in part:


Boulder [Colorado] police [on Sunday evening, November 11, 2012] arrested a 17-year-old who wore a clown hat and "Joker" mask inside one of the movie theaters at Twenty Ninth Street -- a prank that scared moviegoers so badly that [five] of them ran out of the cineplex...[His] name [was not released] because he is a minor, but said that he is a part-time student at the University of Colorado.
...
The suspect told police that he wore the mask to Century Boulder Theater, 1710 29th St., to scare his friends and said he wanted to dress as the "Joker" next year for Halloween. He was carrying the mask and hat in a shopping bag when police approached him, according to the police department.

The person was aware of the July 20, 2012, theater shooting in Aurora, Colorado, with occurred during The Dark Knight Rise. James Holmes, arrested in that incident, identified himself as the Joker. Aurora is about 35 miles southeast of Boulder.

The movie that was being screened in Boulder during this November 11th event was not identified. 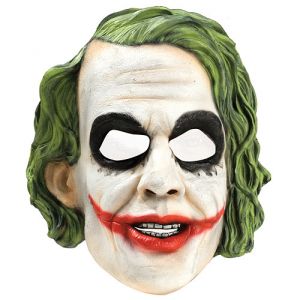 Thanks to DJ for the newstip.

Posted by Loren Coleman at 8:17 PM

No shooting at Aurora..

Not a single death.

PSYOP all the way.