What will happen during this "dark knight" of November 28th? Will the stronger than usual pull of the alignment of the moon, earth, and sun cause earthquakes and suicides?  Or a sports fan to go wild?

Or will it just be another opportunity for more debate about "lunacy"? Tonight's events (or Thursday's or Friday's, the effect can cause ripples) remain to be seen, so I am not giving away any spoilers. 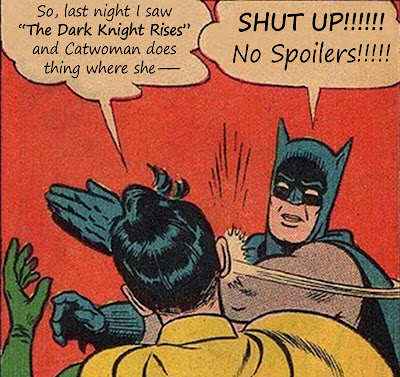 Most media folks downplay the link between the strong tidal influences of full and new moons, but for those of us who have worked in the mental health field, caution is always the watchword.

It is a fact that "80 percent of nurses and 64 percent of doctors [believe] that the lunar cycle is a major player in mental health," as mentioned in the skeptical "Penumbral Lunar Eclipse 2012: November 28 Event Won't Bring Out 'Lunatics'."

As that article notes,

During the Nov. 28 lunar eclipse the full moon will pass into the hazy outer edge (penumbra) of Earth's shadow. This subtle shadow across the moon's surface will be visible in East Asia, Australia, Hawaii and Alaska, with possible views at moonset and moonrise for the western United States and parts of Europe and Africa.

While using the ridicule curtain to counter the "lunacy" thoughts that are reflective of full and new moon experiences of front line workers, with jokes about werewolves, some notes are shared about non-human animals.


A 2007 study at Colorado State University found that veterinary ER visits by cats and dogs went up on full-moon nights. It's possible that owners and their pets simply spend more time outside on nights when the moon is bright, increasing the risk of injury, researchers reported in the Journal of the American Veterinary Medical Association.
Perhaps for similar reasons, a study published in the British Medical Journal in 2000 found that emergency-room admissions for animal bites went up at one hospital on nights with full moons, but studies in other places have failed to find a similar link.

But I wonder if people are ignoring the more bizarre human "tidal effects" that are caused by the phrases of the moon. When I was working with suicidal folks, I tracked the suicides from the Golden Gate Bridge. I certainly noticed an increase around the new and full moons. Earthquakes seem to be experienced more intensively by humans too. And pets do go missing around these times.

However, it may be the strangest human behaviors that are missing our notice, because they are so rare and so, seemingly, out of character for Homo sapiens.

The combination of the moon-related behaviors and the copycat effect sometimes does happen.


It was a typical fall Thursday night at the ballgame in Chicago. The date was September 19, 2002, and the crowd was excited to see the White Sox take on the out-of-towners, the Kansas City Royals. But then something happened in the game that would turn into a repeating copycat cycle, bringing a fear of “terrorism” to the very fields of dreams.

Royals first base coach Tom Gamboa was calmly watching home plate. During the ninth inning of a game that had no bearing on the playoffs, Gamboa took a short trip into hell. He didn’t know what hit him. Two men, a father and his juvenile son, both shirtless, were on top of Gamboa, punching away at him and slamming him to the ground. The 54-year-old coach told ESPN he felt like a “football team” had hit him. Soon Gamboa’s teammates, as well as the umpires and the White Sox team, piled on to get the attackers off. Security then quickly moved in. Royals’ first baseman Mike Sweeney told ESPN: “If it wasn't for them, we'd probably still be beating on those guys.”

Gamboa walked off the field to a standing ovation from the crowd at Comiskey Park, where the Royals beat the Chicago White Sox 2-1. Gamboa escaped with only a few cuts and a bruised cheek (though a year later he suffered partial hearing damage in his right ear and had to be moved to the bullpen), but the attack was a shock to Major League Baseball. A folded-up pocketknife was found on the ground near the scene, and White Sox outfielder Aaron Rowand said he saw it slip out of one of the attacker’s pockets.

Attacks against sports figures by fans are rare. The most notorious came when tennis star Monica Seles was stabbed in the back by an obsessed fan in 1993 during a match in Hamburg, Germany. In 1995, at Wrigley Field, a 27-year-old bond trader who ran out of the stands charged Cubs reliever Randy Myers. Myers saw the man coming, dropped his glove and knocked him down with his forearm. In 1999, a 23-year-old fan attacked Houston right fielder Bill Spiers at Milwaukee. Spiers ended up with a welt under his left eye, a bloody nose and whiplash.

“It's sad and disturbing, very disturbing,” said general manager Kenny Williams, who apologized to Gamboa and the Royals after the game. “Words don't express the sorrow when you look at a man and he's got blood on his face. All he was doing was coaching first base.”

Then less than a year later came the copycat incident. During the night of April 15, 2003, fans ran on the field during a White Sox game with the Royals in Chicago. According to the Associated Press, the first fan came out before the top of the seventh inning, while the second one ran on to the field to start the bottom half of the inning before he was nailed in center field by security. Another fan raced toward the infield minutes later, following a strike fired by left-handed reliever Kelly Wunsch as he was facing Raul Ibanez with the bases loaded, two outs and the White Sox leading by one run.

Then in the ninth inning, a fan attacked first base umpire Laz Diaz, who stood near where Gamboa had been attacked in the ninth inning of that September 2002 game, also between the Royals and White Sox. The field has been renamed U.S. Cellular Field, but the location was the same. Soon, Royals, security, White Sox, and MLB umpires were wrestling the attacker to the ground, in an eerie repeat of the previous year.

“When the guy ran on the field and came after the umpire, it did bring back memories of last year (with Gamboa),” said White Sox first baseman Paul Konerko to ESPN shortly after the second attack in two years. “I don’t know how you prevent it, unless you have someone every inch of the way.”

The reality of copycat behavior of this kind has hit baseball hard. Security has been increased and improved since the 2002 season, with 60-to-70 police officers at the stadium in Chicago, for example. But it is a well-known fact that the security force will always be outnumbered, even on nights of low attendance.

White Sox veteran Frank Thomas mentioned that the actions could have had something to do with the full moon. Billy Koch, who blew the save in the ninth with four runs, joked, tongue in cheek, how the last fan should have waited a few batters to charge him. But more seriously, White Sox manager Jerry Manuel and Royals manager Tony Pena expressed concern and even some fear over the growing number of incidents. “It’s kind of a sad commentary for Chicago, at least our ballpark,” Manuel told reporter Scott Merkin at MLB.com. “I don’t believe it reflects who we are as Chicago people. It’s unfortunate that it happened, and unfortunate that it happened in Chicago when Kansas City comes to town.”

Pena commented, also to reporter Merkin: “There’s no question I was concerned. That’s what I told the umpire, ‘How can I know my players will be safe or not?’”

Thanks for the tip about the lunar eclipse Loren.I live in Australia,so I should be able to see it tonight,but over here it is the 29th Nov,while for you guys it is the 28th.
So does that mean that this happened last night or is it going to happen tonight(Nov 29th)here?

I'll be sure not to view it from under a bridge,a dog park,or a sporting event.-)

Jovan Belcher murder/suicide and suicide of another man at the same location occured 3 days after this artcle.