Another Red Dawn: The Webster Link 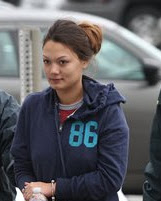 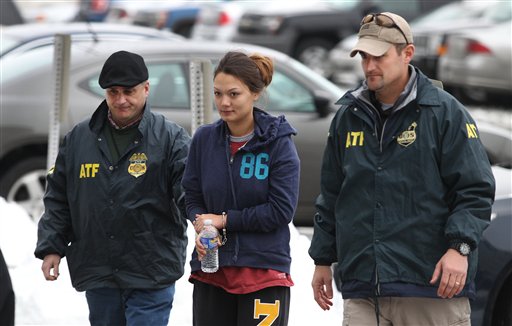 Aurora, the red-haired Roman Goddess of the Dawn, is back.

Dawn Nguyen is escorted into the Federal Building, Friday in Rochester, New York, and charged in connection with the guns used in the Christmas Eve ambush slaying of two volunteer firefighters responding to a house fire in Webster, New York. Photo source.

Dawn Nguyen is being charged with the false declarations she made when she purchases the AR-15 semiautomatic (Bushmaster) rifle and the 12-gauge shotgun that Spengler had with him Monday when firefighters Michael Chiapperini and Tomasz Kaczowka were gunned down. A handgun Spengler also had is not linked to the killings. Spengler's missing and presumed killed sister would bring the death toll to 5 for the Webster event. Spengler shot himself.

What significance is there to the "86" on Dawn Nguyen's sweatshirt. 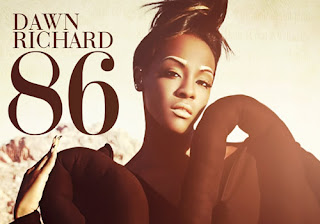 The first verse lyrics to the song "86" by Dawn Richard:

Read here for my first posting on Red Dawn events. And Red Dawn Again. Plus this overview.

Please consult the comments for some remarkable new pieces of information. 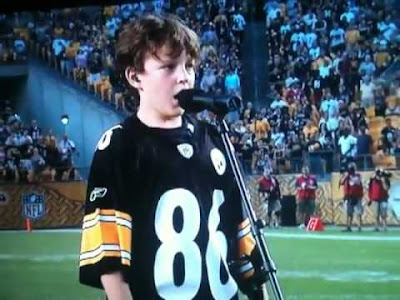 The beginning of the chaos in the film The Dark Knight Rises begins at the professional football field, with star player wearing "86," running with the ball in front of the collapsing field. Earlier, a youthful fan was shown with an "86" on his shirt too. (This movie, of course, is the one tied to the Aurora mass shooting.)

Webster-Dawn newstip, thanks to Rob Sullivan. See comments for other credits.

From the Danity Kane webpage:

"Danity Kane takes its name from a female anime superhero conceived by Dawn [emphasis mine], whose skills as an illustrator caught Diddy’s eye. The impresario was so taken with the character’s beguiling handle that he selected it for the group, deciding it captured their vibrant appeal – and would represent them not merely as superstars but as a band of heroines.Given her upbringing, New Orleans-bred Dawn seems to have been destined for a music career. Her mother owned a dance studio, while her father was a keyboardist who played in the R&B band Chocolate Milk (which opened for Michael Jackson, Earth Wind & Fire and other luminaries). Her mom’s talent and her dad’s gigs ignited in Dawn an unquenchable desire to perform. She studied tap, jazz, ballet and hip-hop dance and became a cheerleader for the New Orleans Hornets before joining the group."

I do not know if it has been mentioned before, but the Aurora shooter had dyed red hair, not the green that the Joker sports. You mention Aurora being a red haired goddess. An interesting coincidence.

Interesting as well was the "top secret" project name of the Sega Saturn game console, "Project Aurora".
Heard a caller on Clyde Lewis's show mention this and with a quick search, looks like it was a fact. Very interesting.

In English, to "86" something means to get rid of it or kill it.

The vietnamese surname
Nguyen is pronounced "WEN or WHEN"

Here's some more images with the "86" captured from The Dark Knight Rises, which opened with the famous shooting in AURORA,CO.

86 is frequently found on clothing items in the Love Pink line from Victoria's Secret, and I believe Nguyen's hoodie comes from this line. The reason for the designers' choosing this number seems to be a mystery. Many people believe it refers to the line's launch date, but Love Pink was launched in 2004, not 1986. Some think it is a nod to the film Pretty in Pink, which came out in 1986. Perhaps the number had some personal significance for a designer. It may even have been chosen at random.

In the restaurant business, 86 means "take off the menu" or "get rid of," which synchromystically resonates with murder. Maxwell Smart's agent number was chosen based on this piece of restaurant slang.

Arthur Shawcross, a one time resident of Rochester, was taught to kill, maim, torture and murder while on the Phoenix programme in Vietnam.

He was found guilty of murder, sentenced , then let out upon which he began murdering again.

Spengler was jailed for murder and released.

I wonder how the police found his 'note'. Did he put it in a fireproof box?

In it he claimed he loved killing people best. Has he murdered before?


The one thing that connects all these stories is that the Media has found all the 'accused' guilty , in record time, despite 'holes' in the storylines.


Oddly the Hebrew word for 'dawn' = ShChR, which also means 'black' so REd Dawn can morph into Adam Black.

Rochester links to James Holmes' car which had numberplate ROC 119.
ROC is also the code for Rochester Airport.

Red Hook is an area of New York City where Lovecraft once lived, and where he set his `The Horror At Red Hook`, a story about the discovery of an ancient cult existing underground and its murderous reappearance. The story also features an aging, decadent occultist who might be seen as a Crowley analogue, connecting both to the image from his Tarot deck and the fact that he had lived in New York not long prior.

He murdered his Grandmother supposidly Beat her to death with a hammer. Served 17 years for his crime.

86 is the country calling code for China.

I kinda gasped when I sounded that out and then counted to six.

That might be my favorite catch of all the weird catches I've ever seen someone make in whatever this pursuit of strangeness is called.

Really, if Loren gives out Twilight Language tee shirts or baseball caps, you've earned one. Thank you for posting that comment!

Moina Mathers was a seeress for the Golden Dawn, sometimes thought to be the inspiration for Mina Murray in Dracula. Free Winona?

Apparently William Spengler killed his grandmother in 1980 with a hammer. I immediately thought of the song "Maxwell's Silver Hammer" by the Beatles; specifically this part of the song:

Back in school again Maxwell plays the fool again Teacher gets annoyed Wishing to avoid an unpleasant scene
She tells Max to stay when the class has gone away So he waits behind Writing fifty times, "I must not be so” But when she turns her back on the boy He creeps up from behind
Bang! Bang! Maxwell's silver hammer Came down upon her head Bang! Bang! Maxwell's silver hammer Made sure that she was dead

Maxwell is playing the fool (Joker) and kills his teacher in class with his silver hammer.

Now that I think about those lyrics within the context of school shootings, I can see now how peculiar and weird the lyrics are which was aimed at the young (often societal dropouts to begin with). In this context the lyrics sound like trauma based mind control techniques. It was a time labeled the British Invasion. There was Pink Floyd's album "The Wall" with lyrics that said "teacher....leave them kids alone" and was about British teachers abusing and humiliating their students. Yet, in films and on books the natural cruelties and visciousness of school childten has always been well established. But British lyrics against teachers and school or education is what stood out. That era was astute enough as to begin to suspect subliminal programming embedded in some of their music. Maxwell sneaking up on his teacher while her back was turned and bludgeoning her to death, and the lyrics treat Maxwell as a hero...?

The Maxwell silver hammer lyrics also remind me of the children's rhyme about Lizzie Bordon who took a hammer was it? and gave her father 40 wacks etc.

That photo of the kid wearing the 86 football shirt is NOT in the print of TDKR currently renting from Redbox. The football player does wear #86 for his run, but the kid sings the national anthem in a suit, dress shirt and tie. Check it out 1:27:43 into TDKR. I've got it on my DVD now. Did that photo come from an early DVD release of TDKR? Has the studio put out different versions?

From the album "American Prayer" by Jim "The Lizard King" Morrison:


Blood in the streets in the town of New Haven
Blood stains the roofs and the palm trees of Venice
Blood in my love in the terrible summer
Bloody red sun of Phantastic L.A.

Blood screams her brain as they chop off her fingers
Blood will be born in the birth if a nation
Blood is the rose of mysterious union
Blood on the rise, it's following me.

Go to page 3 of results.

Weird since Nguyen is not a part of the search criteria.

Dawn Nguyen and her mother

the name of the double feature for the Twilight movie saga =

@Anon 'blood on the RISE' links to the recent Batmovie and also 'rise' daubed in blood on the walls at LaBianca killings.

Compare that photo of Dawn Nguyen to the lady in the middle on this pic. It's one of the final images (image 82) from the Lost Book of Nostradamus.

The number 86 as it is used to "86" someone from a bar or night spot, meaning barring them from readmission ever again, actually stems from the Prohibition Era speakeasy, Chumley's in Manhattan's Greenwich Village district, now undergoing lengthy repairs for its much anticipated re-opening. See more info here

aferrismoon highlights the ATF, whereas others note 8=H 6=F

German is the Big D.

Django? The J is silent.

Pretty in Pink, as mentioned by Enki above, was directed by

the S is missing but its close enough to 'Deutsch' (German) for me.