One Dead in Coudersport Church Shooting 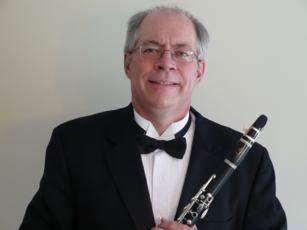 The underlying nature of the copycat effect calls forth vulnerable, suicidal, homicidal, and suicidal-homicidal individuals to repeat a pattern that has flooded recent media attention.

We are certainly seeing an uptick in public murder-suicides and related forms of domestic violence.

Another such shooting occurred on Sunday, December 2, 2012, in the First Presbyterian Church in Coudersport, Pennsylvania, around 2 p.m.

Pennsylvania State Police report they have the suspect, a elementary music teacher from Coudersport School District, Greg Eldred (pictured above), in custody.

Fifty-three-year-old Eldred allegedly entered the church and then allegedly fired two shots at his ex-wife, Darlene Sitler, who was a long time music teacher at the Northern Potter School. She died instantly.

The accused shooter was subdued by members of the congregation until police arrived.

Witnesses say that Eldred was pacing in front of the church for a while before entering.

Coudersport is known within Fortean circles as a hot spot of strange phenomena, especially regarding reports from the nearby Black Forest. For example, I once was traveled to the area to be interviewed by a Discovery Science youth-oriented program, detailing mysteries of the Black Forest.

Posted by Loren Coleman at 6:48 PM

RE: 'Eldred' (el-Dread), there is also the USS Eldridge of 'Philadelphia Experiment' fame, as well as the word Eldritch, meaning 'weird, sinister, & ghastly'...

Strange, I grew up in this area, right down the road in a town named "Eldred".

I grew up not far from Coudersport, in the town of "Eldred" Pennsylvania.

"The Northern Potter School District is based in the tiny borough of Ulysses, very near the New York border. It's about 20 miles northeast of Coudersport, where her ex-husband taught school and she attended church, Graham said."

Ulysses is the Roman name of the Greek hero Odysseus, who upon returning from the Trojan War, was victorious in the contest of the bow. The bow and arrow theme seems to be surfacing a lot, lately.

Grew up in a town between eldred and coudersport. still live there and was aquainted with Greg Eldred but had not seen him in years. Did not seem to be the odd sort other than he walked with an peculiar gait... almost a bounce

Enki, thank you for that reference to Greek mythology. For another reference to fatalities and bows and arrows, see here: