One of the reasons that I wrote a chapter in Sync Book 2: Outer + Inner Space, Shadow + Light: 26 Essays on Synchronicity (Volume 2), edited by Alan Abbadessa-Green (Sync Book Press, 2012), was to share my personal journey of being a Fortean, and how that would naturally evolve into synchromystically looking at the world. After all, synchromysticism was only coined a mere six years ago. Synchromystics were labeled something else, altogether, in the past. Therefore, I felt other Forteans might look upon this arena in a new light, and decide to share their thoughts, synchromystically, too. 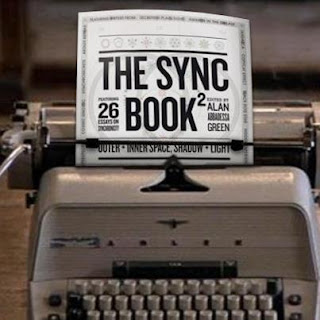 My copy of the book arrived this week, and I'm happy I agreed to contribute to this brainy volume. My involvement with synchromystic bloggers has resulted in intellectually stimulating exchanges with some great correspondents. 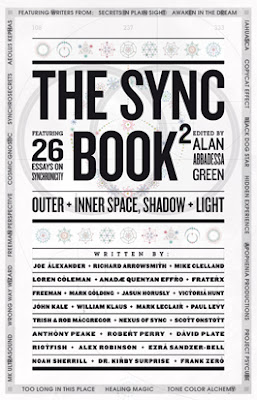 This week I received an intriguing contribution from one such individual, for Twilight Language.

This one deals with the suicide of David Oliver Relin, coauthor with Greg Mortenson, of Three Cups of Tea: One Man's Mission to Promote Peace . . . One School at a Time (Penguin Books, 2007).
Arcadia Pariah shares the following with all of us here:


From the article on the suicide in The Daily Beast:
“On Wednesday, the Multnomah County Sheriff’s office reached an official determination that David Oliver Relin took his life on Nov. 15 by stepping in front of a freight train outside Portland, Ore.
The 49-year-old coauthor of the bestseller-turned-controversy Three Cups of Tea is said to have driven to the Corbett Hill Road exit of Interstate 84 and left his car in a parking area beside the railroad tracks that run along the Columbia River.” [emphasis added] 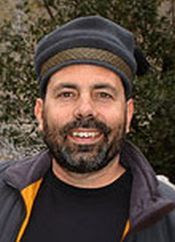 David Oliver Relin [photo, above] was co-author of the best-selling book, Three Cups of Tea, the subject of which are humanitarian pursuits in Pakistan and Afghanistan. The book, based on the experiences of co-author Greg Mortenson, resulted in lawsuits regarding allegations of misleading information, as well as mismanagement of funds at the Central Asia Institute (a humanitarian organisation managed by Mortenson). Many questioned the veracity of claims by Mortenson that he was captured by the Taliban in 1996. The innocence of Mr. Relin was maintained by many throughout the controversy, however his known history of depression was most likely exacerbated by the stress of the controversy itself.
Wikipedia sites a Balti proverb as the source of the title: "The first time you share tea with a Balti, you are a stranger. The second time you take tea, you are an honored guest. The third time you share a cup of tea, you become family...", which has an interesting Tarot connection. The Three of Cups has several divinatory interpretations, and while interpretation is necessarily vague, the themes of family, celebration, fertility/abundance, and a fruitful end to a goal are frequently repeated. That the suit of Cups is often represented as Chalices opens up even further synchromystic links.
A brief look into the etymology of his name reveals the following:
David – from Hebrew Dawid, probably derived from Herbrew dwd, meaning,“beloved.” Name of the Old Testament King of Israel, known for slaying the giant Philistine Goliath, and is also the name of two kings of Scotland, and the 5th Century Patron Saint of Wales.
Oliver/Olivier – Norman-French form of Olaf, is derived from the Old Norse name Aleifr, “ancestor's descendent.” Olaf was the name of five kings of Norway, including Saint Olaf/Olaf II, known for Christianising much of the Scandinavian world, as referenced in the Icelandic sagas by Snorri Sturluson. From Latin oliva, “olive tree.”
Relin – possibly related to the surname Rollins. Rollins is a patronymic name derived from one of two Germanic compounds: Hrolf (hrod [renown] + wulf [wolf]), or Rowland (hrod [renown] + land [territory]). The related name Roland was introduced by the Normans, and is associated with the story of Charlemagne's nephew as told in, La Chanson de Roland. The surname is similar to the Latin linquo, from which the word relinquish is derived, and the Greek and Proto-Indo-European cognates resonate the same meaning.
Here we have another Columbia connection, and the death of an innocent king by his own hand connected directly to fertility. It's shameful that a promising writer became a casualty of human hubris, and as interesting as these connections are, it remains a woeful affair and ill-tidings of things to come.

###
Other items you may wish to read that I've been alerted to recently by my correspondents, but I haven't had time to write about, include these:

Over at Hidden Experience, don't miss Mike Clelland having a "movie talk with Christopher Knowles."


New syncs about Bell, Aurora, Lincoln, Lafayette, hurricanes, et alii, are discussed in Bell Curve's Belling the (Hurricane) Gilbert. Also see The Bell Curves' Threats (against Obama, Lincoln, and others) and Tidbits (about doppelgangers and more).

Then there is The Liberty Bell's Code Name: Jericho.

Infowars' Paul Joseph Watson's article about Aurora's James Eagan Holmes perhaps being programmed was pointed out to me by AWG. 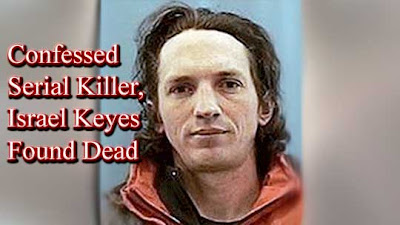 Meanwhile, take a look at the context of Israel Keyes's suicide in whether a "Serial Killer had links to the Oklahoma City Bombing."

The Israel Keyes odyssey and suicide is particularly interesting for me, in that as an intern reporter at the Arkansas Democrat-Gazette in 1996, I helped an investigative reporter do research on the Kehoe/Aryan case and links to OKC. And now I'm here, years later, doing my own research. Amazing sync.

Loren, we're honored to have you join us in The Sync Book. I'm so glad you're happy with it.
By the way, you may not have noticed it yet, but there's a huge sync waiting for you in regards to this post if you turn to pages 425-437 of Sync Book Vol.2