As 2012 ends, we did come through the alleged Mayan Apocalypse, not unexpectedly. 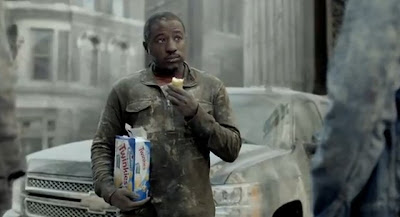 Amazingly, we've known we all would survive since the broadcast of this Chevrolet Silverado 2012 commercial played during the last Super Bowl game (XLVI), in February 2012. Did that one ad give hints to other events and endings?

Unfortunately, Twinkies didn't fare as well as we did.

Twinkies' company, Hostess, disappeared in 2012. Can we be assured that their revival through another owner will ever be as good? The survival of Twinkies after an apocalypse is a well-known allusion to the movie Zombieland.

The loss in 2012 is resulting in some future events, such as the tribute occurring on 1-3-13 in Austin, Texas.

But how about some other things? 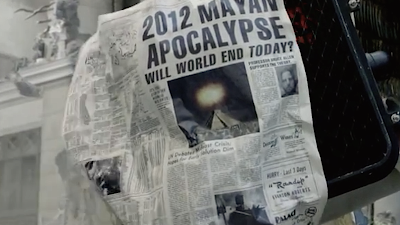 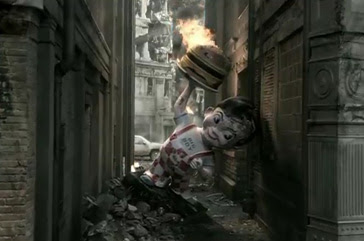 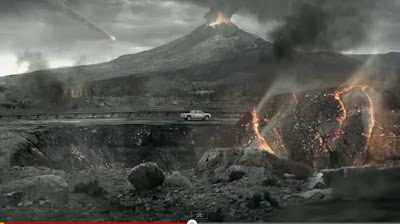 How are the volcanoes? 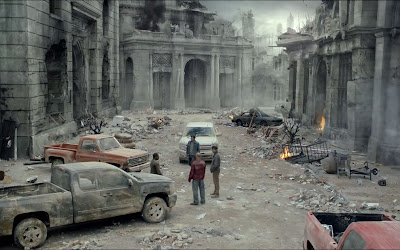 Then there are those Twinkies.

The ad ends with falling frogs. If we view the year by its Twinkies, why not its frogs?

The Year 2012 saw a rather well-documented report of falling frogs in the United Kingdom: 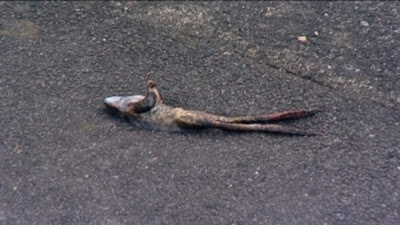 Reports of frogs raining down from the sky over Norwich have baffled weather forecasters at the Met Office. A viewer told Anglia News that she had been hit on the head by a frog while she walked along Prince of Wales Road, and that several more landed on the ground nearby. Source: ITV.

Of course, the falling frogs are a Fortean phenomenon and reference the movie Magnolia. 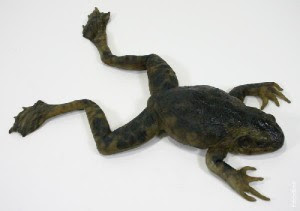 One of the actual frogs from Magnolia,
at the International Cryptozoology Museum.

Terrified horses, up on their hind legs, hoofing a storm of frogs.
Frenzied springboks, capering their exasperations against frogs that were tickling them.
Storekeepers, in London, gaping at frogs that were tapping on their window panes.
We shall pick up an existence by its frogs.
Wise men have tried other ways. They have tried to understand our state of being, by grasping at its stars, or its arts, or its economics. But, if there is an underlying oneness of all things, it does not matter where we begin, whether with stars, or laws of supply and demand, or frogs, or Napoleon Bonaparte. One measures a circle, beginning anywhere. ~ Lo!, Charles Fort, 1931

I'll spend some future time reviewing the rather incredible year of bloody, red dawn events, other than on today. For now, wish for lighter moments.

Posted by Loren Coleman at 8:14 AM

I read on the Reforma newspaper the other day, that Mexican company Bimbo is considering acquiring Hostess.

This information is quite startling. It's now September 26, 2013 and the Twinkie crisis has now blown over and Hostess has been bought out with the Twinkie saved.

"Twinkies, along with other famed Hostess Brands, were purchased out of bankruptcy by Apollo Global Management and Metropoulos & Co for $410 million.[16][17] Twinkies returned to US shelves on July 15, 2013" -Wikipedia.

Holy crap, this man who is worth 1.3 billion dollars and is Greek, moved to WATERTOWN, MA when he was 10 years old?! Boston Marathon Shootings anyone?