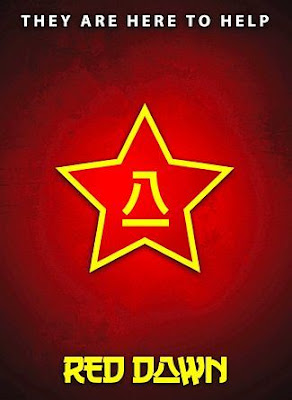 I guess it has taken me so long to write down my thoughts on Red Dawn (2012) because I found it to be such a horrible movie. I respect filmmakers for trying to do their best, and actors for their craft. But sometimes, motion pictures do miss the mark.

First thing that happened when I went to the opening week's showing is that it won't begin. It took the theater about 15 minutes to get the blank screen to reveal the images. That's never a good sign. Then the middle-aged man behind me kept kicking my chair. I finally had to give him a look that said "Stop it."

Okay, then I suffered through the film.

A lot has been written in reviews of Red Dawn (2012) about the move from the original setting in Colorado to Spokane, and the supposedly more urban surroundings. There also is the change from Chinese as the invaders to the North Koreans. It is almost as if the film was rather spineless before it even began. Those kinds of things tend to not work out too well in remakes. 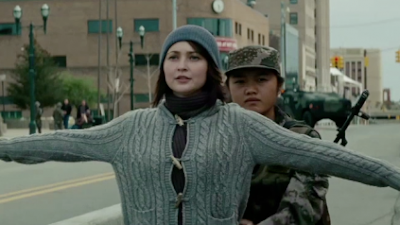 Other reviewers have discussed the illogical aspects of the "occupation," such as why are some people put in the internment camps and why are others walking around. Several things in the movie seem not thought out clearly.

The preamble with the news footage of Obama, Biden, and Clinton just didn't make much sense either. The reasoning for this war was incomprehensible. 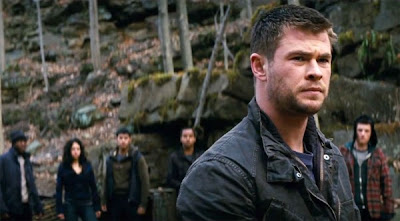 I found other little things bothered me. Like what happened to all of the dogs that would be roaming around, homeless, and looking for food, in the aftermath of an invasion? No feral pets wild in the streets? There was a sterility about the landscape. 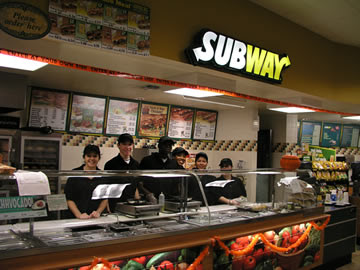 How did the youthful guerrillas, the Wolverines, get food to survive? Yes, there was one moment of humor, when a Subway was taken over briefly by the Wolverines. But almost immediately, it felt like product placement, especially since the partner company, Pepsi, turned up, here and there, too. 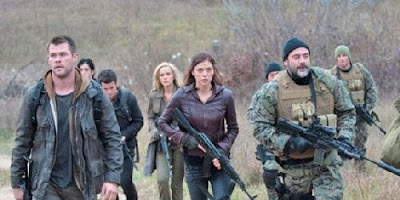 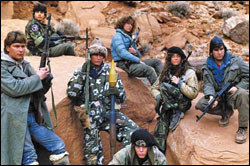 Who would you want fighting for the USA? The 1984 rugged Wolverines or the 2012 seemingly prep school crew?
The choice is an easy one.

Why was that HHR (a Chevy product made entirely in Mexico) prominently in frame (in the new Red Dawn), near the prisoner camp, is beyond understanding. Was it a nod to the 1978 Chevrolet K10 Cheyenne in Red Dawn (1984)?

The new Red Dawn film had a midweek, Thanksgiving week release on Wednesday, November 21, 2012. Almost immediately, there was a theater incident. 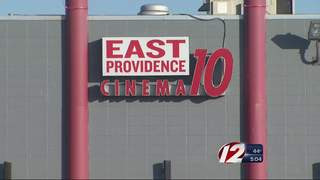 Law enforcement officers were called to the East Providence 10 Theater around 6 p.m. on that Wednesday night, after a distressed moviegoer told them that a man standing in line ahead of him was talking to himself about shooting people and buying weapons.

According to police, Carl Butler, 41, of Central Falls, had just finished watching a movie (it has never been identified) and was standing in line to purchase tickets for another movie (also unknown). Three people standing in line overheard him muttering to himself that he wanted to shoot people at a motel he was planning on staying at.

Butler was inside one of the theaters when police arrived. Police say about a half-dozen officers arrived and evacuated the building for 45 minutes.

Police quickly located Butler and took him into custody. Butler was wearing a large jacket. He was searched, and police found no weapons on him, according to police. Butler allegedly told police that he thought nobody heard him and that saying such things "wasn't a big deal."

Some moviegoers were visibly agitated by what Butler said.

Butler was charged with disorderly conduct.

Enki, who sent along the tip about Butler, wrote:


The individual who was using threatening language is named Carl Butler. Carl = man, and Butler = server.
I am reminded of the classic Twilight Zone episode "To Serve Man," which was based on a story by Damon Knight. In this episode, the secret agenda of seemingly benevolent aliens is discovered when an alien book called To Serve Man is translated. The ending is memorable: "Don't get on that ship! The rest of the book To Serve Man, it's...it's a cookbook!" 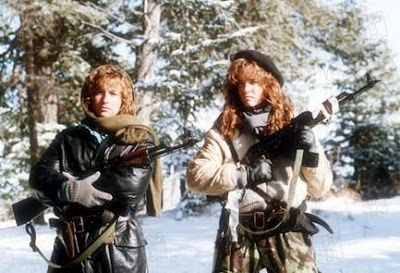 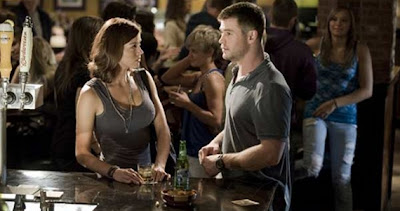 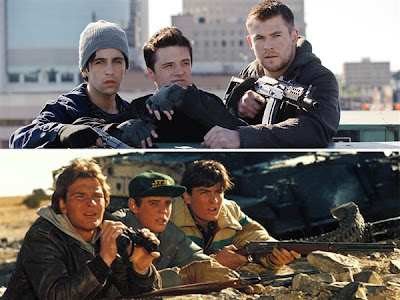 Red Dawn (2012) may have taken advantage of "something in the air,"
but they certainly didn't bring it home.

Posted by Loren Coleman at 7:08 PM

I agree. It was not very good. I saw the original as a kid way back when, so I went out of nostalgia. But I didn't get much for my money. To me it felt more like an early original MTV production or something. It really didn't even seem particularly cinematic.