A Year After Sandy Hook Shooting, Another Colorado School Shooting 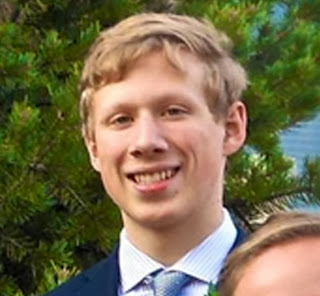 Updated: The deceased suspect of this incident has been identified as Karl Halverson Pierson, 18, who had recently been removed from the debate team.

Halverson is an English patronymic surname from the Old English given name Halvor, meaning firm and prudent. As always, the -son suffix indicates that the bearer was the son of Halvor, or at least someone along the line was once surnames became heriditary. Halvorson family history enters the books in 1748, when Peter Spence married Ann Halvorson at St. James Church in London. Halvorson genealogy boasts of several notable people, such as director Gary Halvorson and Papillon Airways chairman Elling Halvorson.

Pierson is a variant of Pierce (English) and Piers (Greek), and the meaning of Pierson is "rock."

Two people were reported injured on Friday the 13th of December 2013, a year after the Friday the 14th of December 2012 school shooting in Newtown, Connecticut. Today's afternoon shooting at a suburban Denver high school left the suspect dead from a self-inflicted gunshot, according to the sheriff. 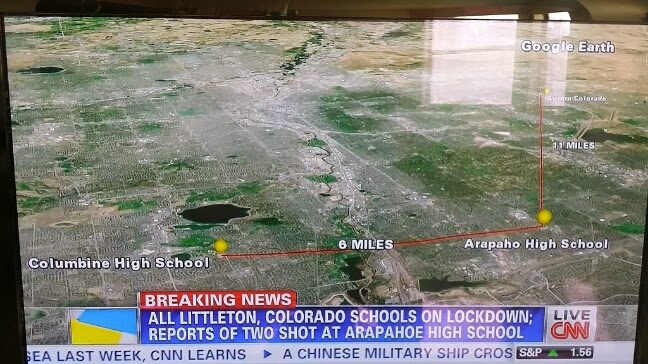 The shooting occurred at Arapahoe High School, in Centennial, Colorado. It is located 6 miles from Littleton, and is in the Littleton School District. The mascot of the high school is the Arapahoe Warrior. 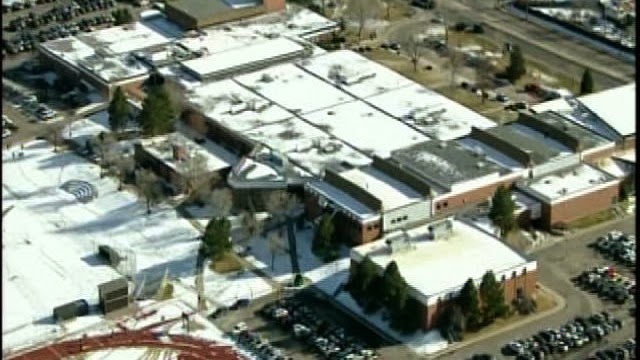 One teen has a gunshot wound. Another student has an injury of unknown origin.

Police, who surrounded the school, described the scene as a "active shooter situation" until the suspect student shooter was found dead.

Students were seen calmly exiting the building single file with their hands above their hands, gathering on a school track, at about 1:30 local time.

The Denver Post said there are reports of a fire at the school, home to about 2,200 students.

A student carrying a shotgun entered the school, and gave the name of a specific adult he was after. The alleged target was Mr. Murphy, the school librarian.

Considering this blog's attention to the name game, the copycat effect, and especially the name Aurora, this entry about Centennial from Wikipedia is intriguing:

Since the city is relatively new, many people in the Denver-Aurora metropolitan area do not recognize the area by the name “Centennial,” especially since neighboring Aurora, Englewood and Littleton are assigned by the United States Postal Service as the “default” place names for the ZIP codes serving Centennial. Thus, mailing addresses in which “Aurora,” “Englewood” or “Littleton” appear may actually be in Centennial. This causes considerable confusion, as Centennial and Englewood do not even share a common boundary, while some portions of Centennial are surrounded by Aurora and vice versa.

Nearby Columbine High School, Littleton, Colorado, was the site of a 1999 massacre in which two students, Eric Harris and Dylan Klebold, murdered 12 students, a teacher and wounded several others before the pair committed suicide. 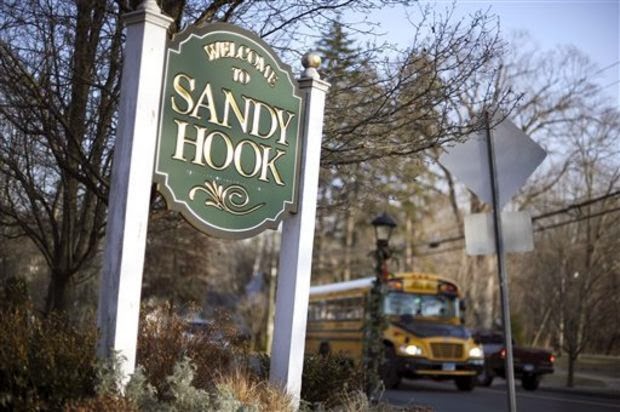 On December 14, 2012, Adam Lanza shot his mother at home and then went to Sandy Hook Elementary School where he killed 26 people (20 children and 6 faculty and staff) before killing himself. It was the second-deadliest mass shooting in U.S. history, after the 2007 Virginia Tech massacre.

Was Sandy Hook a stage event?

At Aintree , England in this year's GRand National , a horserace over the jumps, the winner was 'Aurora's Encore', while the jockey is named Ryan Mania. Apparently Adam Lanza had a brother named Ryan.
It was a 66/1 outsider. Perhaps it was a twilight joke, the winner called Aurora being an 'outsider'.

Investigators say the shooter used a permanent marker to write a phrase in Latin on the inside of his forearm. "Alea iacta est," translates into English as "the die has been cast."