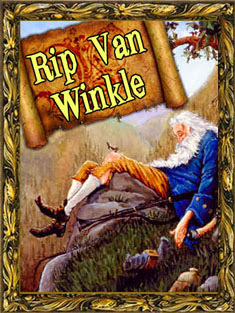 A man is sleeping, wakes up, gets in a fight, and dies. It does not seem remarkable, at first, until you begin to look at the name of the individual, the date of the incident, and the location.

A man who owned a Jeep and his son returned to their vehicle in a football stadium's parking lot after Sunday's game. They find a sleeping man "who did not belong" inside the Jeep. This discovery resulted in a fight between the specific owner of the vehicle - the father - and the man inside. The person in the car, described as a white male in his mid-20s, collapsed during the struggle. When paramedics arrived, the man was found lying unconscious on the pavement. The person was then taken from the Arrowhead Stadium parking lot in Kansas City, following the Chiefs' loss to the Denver Broncos (35-28), on December 1, 2013, and declared dead at a local hospital.

The sleeping man was identified as Kyle A. Van Winkle (also spelled VanWinkle and Vanwinkle in media reports), 30, of Smithville, Missouri, located just on the border with Kansas. Van Winkle was a loan operations specialist for the $1.8 billion CommunityAmerica Credit Union in Lenexa, Kansas, revealed the Credit Union Times. Van Winkle was the son of Dean Van Winkle, a detective sergeant in the investigations unit of the Grandview Police Department, according to the Kansas City Star. 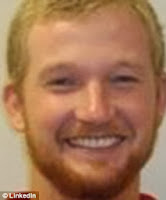 New information indicates that Van Winkle appears to have fallen asleep in an unlocked Jeep that looked like his.
An examination of Van Winkle's body did not show obvious signs of trauma, Kansas City police spokesman Darin Snapp said. Police Chief Darryl Forte said the death is being investigated as a homicide and that two suspects have not been identified yet.

The name Van Winkle is from the Dutch (also given as Vanwinkle, Van Winckle, Van Winkel). It is a moniker originating from the topographic name for someone who lived on a corner (either a street corner or a corner of land), from Dutch winkel, "corner," "nook," or a habitational name from a place named with this word, for example in North Holland. (Source.)

The traditional story of Rip Van Winkle is well-known in America. It tells of a man named Rip Van Winkle who lived in a village in New York State during the American Revolutionary War, when it was still ruled by the British. Rip Van Winkle fell asleep for 20 years and woke up to find he wasn't in the world he remembered.

"Rip Van Winkle" is a short story by American author Washington Irving published in 1819, as well as the name of the story's fictional protagonist. Written while Irving was living in Birmingham, England, it was part of a collection entitled The Sketch Book of Geoffrey Crayon, Gent.. Although the story is set in New York's Catskill Mountains, Irving later admitted, "When I wrote the story, I had never been on the Catskills."
(See the end of this posting for the plot to the short story.)

Kyle Van Winkle's death came one year to the day after Chiefs linebacker Jovan Belcher shot and killed his girlfriend, Kasandra Perkins, on December 1, 2012, at a home not far from the stadium. Belcher then drove to the team's practice facility and fatally shot himself in front of then-coach Romeo Crennel and general manager Scott Pioli. 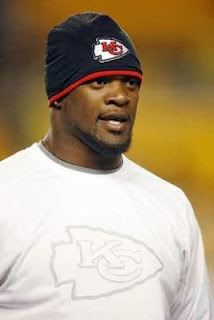 As I mentioned a year ago, Kansas City, Missouri, police spokesman Darin Snapp was the person who identified the player as linebacker Jovan Belcher, 25. Belcher, from West Babylon, New York, played football at the University of Maine from 2005-08. He graduated from Maine in December 2008 with a bachelor's degree in child development and family relations.

Jovan as a boy's name is of Latin origin. Variant of Jove, from Jupiter (Latin) "the supreme God." Jupiter was the supreme deity of Roman mythology, corresponding to the Greek Zeus.

The surname Belcher has its roots in medieval England, and, before that, in France. The name Belcher is composed of two syllables: Bel and cher. In Old French, Bel meant "beautiful or fine." The Middle English word cher (also derived from the Old French) meant an "an expression on the face." the Belcher name refers to a beautiful or fine expression on the face, hospitality, or, in summary, Bel = "good" + cher = "cheer." 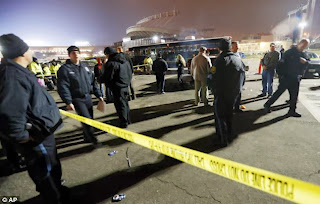 Besides the suicide death of Chiefs linebacker Jovan Belcher on December 1, 2012, in this parking lot, a previous incident occurred there.

In September 2012, a gunman attacked a Kansas City Royals employee in the same parking lot, which also services Kauffman Stadium. The shooting took place several hours before the scheduled start of the Royals' game, which went on as scheduled.


The summary of the plot of Rip Van Winkle: 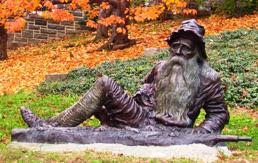 Statue of Rip Van Winkle in Irvington, New York,
not far from "Sunnyside," the home of Washington Irving.

The story of Rip Van Winkle is set in the years before and after the American Revolutionary War. In a pleasant village, at the foot of New York's Catskill Mountains, lives the kindly Rip Van Winkle, a colonial British-American villager of Dutch descent. Rip is an amiable man who enjoys solitary activities in the wilderness, but is also loved by all in town—especially the children to whom he tells stories and gives toys. However, a tendency to avoid all gainful labor, for which his nagging wife (Dame Van Winkle) chastises him, allows his home and farm to fall into disarray due to his lazy neglect.
One winter day, Rip is escaping his wife's nagging, wandering up the mountains with his dog, Wolf. Hearing his name being shouted, Rip discovers that the speaker is a man dressed in antiquated Dutch clothing, carrying a keg up the mountain, who requires Rip's help. Without exchanging words, the two hike up to an amphitheatre-like hollow in which Rip discovers the source of previously-heard thunderous noises: there is a group of other ornately-dressed, silent, bearded men who are playing nine-pins [kegelen]. Although there is no conversation and Rip does not ask the men who they are or how they know his name, he discreetly begins to drink some of their liquor, and soon falls asleep.

He awakes in unusual circumstances: It seems to be morning, his gun is rotted and rusty, his beard has grown a foot long, and Wolf is nowhere to be found. Rip returns to his village where he finds that he recognizes no one. Asking around, he discovers that his wife has died and that his close friends have died in a war or gone somewhere else. He immediately gets into trouble when he proclaims himself a loyal subject of King George III, not knowing that the American Revolution has taken place; George III's portrait on the town inn has been replaced by that of George Washington. Rip is also disturbed to find another man is being called Rip Van Winkle (though this is in fact his son, who has now grown up).
The men he met in the mountains, Rip learns, are rumored to be the ghosts of Hendrick (Henry) Hudson's crew. Rip is told that he has apparently been away from the village for twenty years. An old local recognizes Rip and Rip's now-adult daughter takes him in. Rip resumes his habitual idleness, and his tale is solemnly taken to heart by the Dutch settlers, with other hen-pecked husbands, after hearing his story, wishing they could share in Rip's good luck, and have the luxury of sleeping through the hardships of war. Source: Wikipedia. 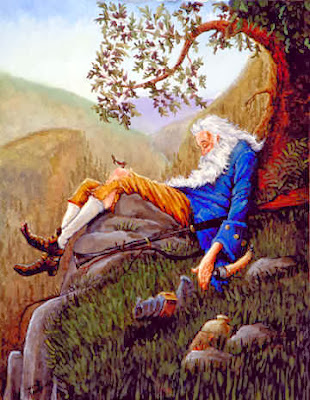 The story contains other names to be aware of in the telling: Wolf, Kegelen, George, Washington, Hendrick, Henry, and Hudson. Other names are involved, too.

In the 1914 movie Rip Van Winkle, "The main setting is outside the tavern of Nicklaus Vedder in the village of Falling Waters."

In reality, there is a Falling Water, and the small rural village lies along State Route 23A at the base of Kaaterskill Clove, New York.

The bizarre keglers in Washington Irving's story, playing at ninepins (a/k/a kegelen), are often described as dwarfs or goblins.

Washington Irving's companion short story is "The Legend of Sleepy Hollow" (1820) - the tale infamous for Ichabod Crane and its headless horseman, of course.


(H/T to Robert Sullivan for KC news hints.)
Posted by Loren Coleman at 8:24 AM

I would assume Detective Van Winkle worked the strange "suicide" (murder?) case of Bethany Deaton this time one year ago. It involved a strange "Christian"-linked cult led by the charismatic Tyler Deaton, involved in the IHOP charismatic religious organization based in Grandview, Missouri. I wrote about the Deaton case here. http://www.reddirtreport.com/red-dirt-grit/death-christian-sex-cult-member-exposes-rapes-mind-control-and-madness-ihop-offshoot

And Kansas City is on the 94 degree longitude, a strange strip of the earth, particularly as it crosses Middle America from KC to the Gulf Coast. I've written about it here: http://www.reddirtreport.com/dust-devil-dreams/railroad-building-visionary-had-guidance-brownies