Update: Poseidon has thrust his Trident! Aug 24. BREAKING NEWS: Northern California has been rocked by a 6.1 earthquake!!! 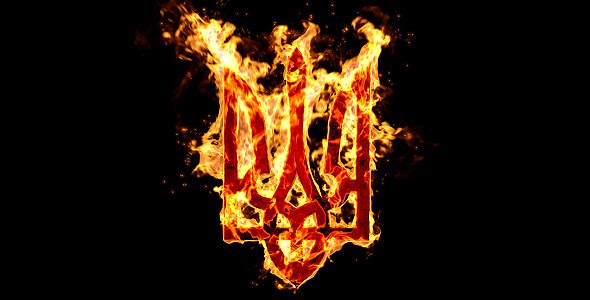 Poseidon, whose weapon of choice, is the trident, is the "God of the Sea," but also the "Earth-Shaker," the one who causes earthquakes.

Sunday, August 24, 2014, is worthy of your attention. As you know, if you are a frequent reader here, tridents have been in the news of late, associated with deaths, disasters, and destructive dramas. The weekend date overlaps with a prominent trident event. (Update: Please see "Synchromystic Symposium: The Meaning of Tridents" to read what over 20 theorists think about the symbolism of these trident "coincidences.") 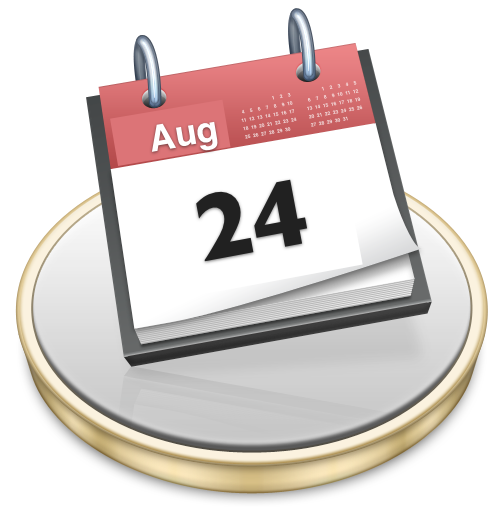 August 24th links directly to a frequently noted trident, for that date is Independence Day or Den' Nezalezhnosti, celebrating the independence of Ukraine from the Soviet Union in 1991. 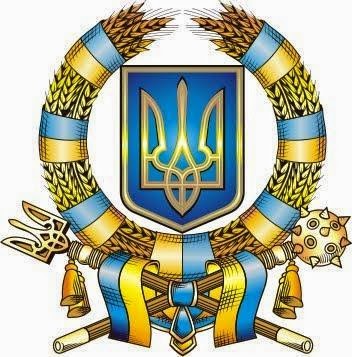 The first known archeological and historical evidence of this symbol can be found on the seals of the Rurik dynasty. It was stamped on the gold and silver coins issued by Prince Volodymer the Great (980–1015). Source. 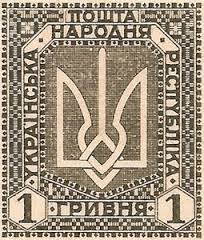 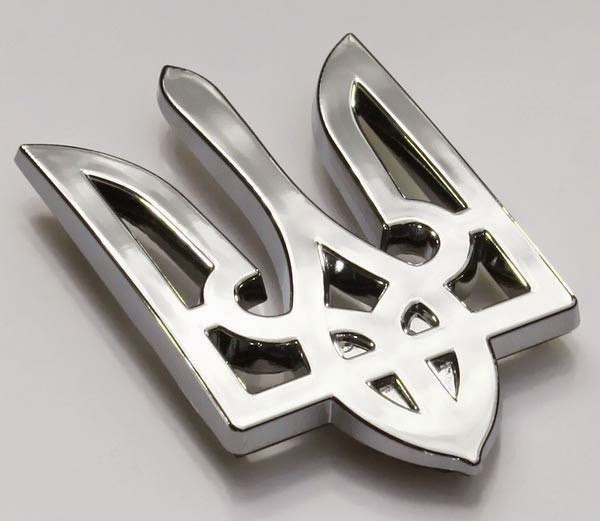 Guess who has just been deployed to Ferguson, Missouri? 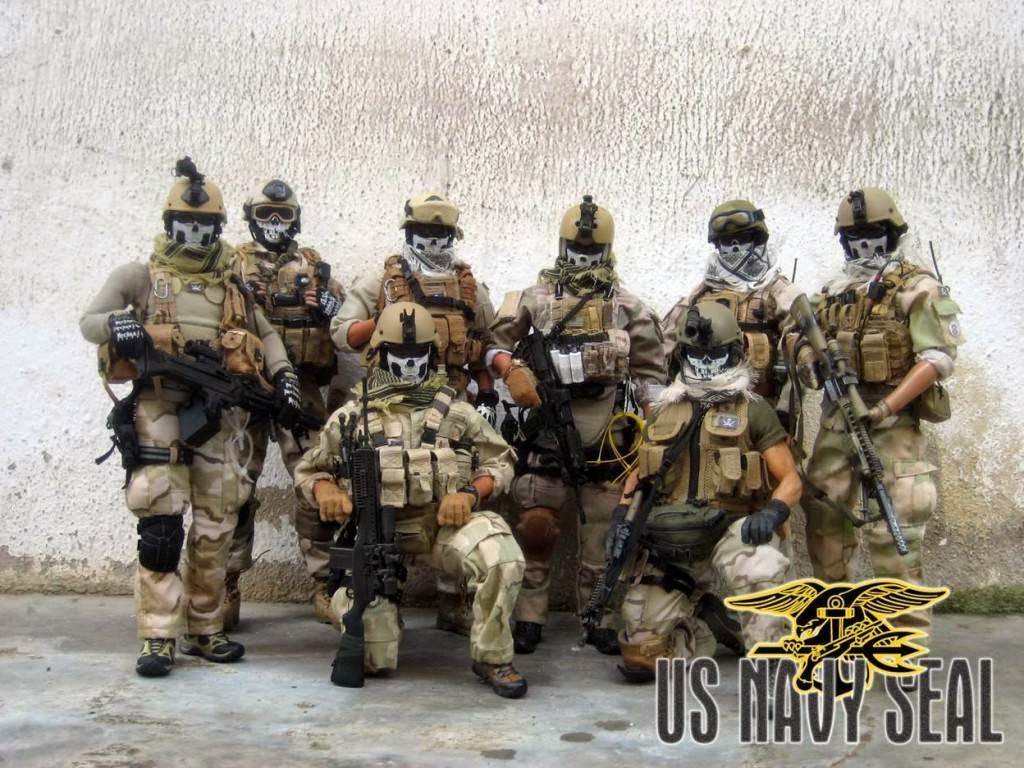 A large number of deadly historical events have been traditionally tied to August 24th. They include:

27 BC – 476 AD – The date of the first of the three Mundus patet, a harvest feast involving the dead, is celebrated during the Roman Empire.
79 AD – Mount Vesuvius erupts. The cities of Pompeii, Herculaneum, and Stabiae are buried in volcanic ash.
410 – The Visigoths under king Alaric I begin to pillage Rome.
455 – The Vandals, led by king Genseric, begin to plunder Rome.

1185 – Sack of Thessalonica by the Normans.
1349 – Six thousand Jews are killed in Mainz after being blamed for the bubonic plague.
1391 – Jews are massacred in Palma de Mallorca.
1482 – The town and castle of Berwick upon Tweed is captured from Scotland by an English army.
1516 – The Ottoman Empire under Selim I defeats the Mamluk Sultanate and captures present-day Syria at the Battle of Marj Dabiq.
1814 – British troops invade Washington, D.C. and during the Burning of Washington the White House, the Capitol and many other buildings are set ablaze.
1816 – The Treaty of St. Louis is signed by Ninian Edwards, William Clark, and Auguste Chouteau for the United States and representatives of the Council of Three Fires (united tribes of Ottawa, Ojibwa, and Potawatomi) in St. Louis, Missouri. (Ferguson and St. Louis, Missouri are in the news during August, 2014; see here.)
1821 – The Treaty of Córdoba is signed in Córdoba, now in Veracruz, Mexico, concluding the Mexican War of Independence from Spain. (The recent deaths of relatives of Pope Francis occurred near Córdoba, on August 19, 2014; see here.)

1929 – Second day of two-day Hebron massacre during the 1929 Palestine riots: Arab attacks on the Jewish community in Hebron in the British Mandate of Palestine, resulting in the death of 65-68 Jews and the remaining Jews being forced to leave the city. (The new 2014 conflicts in Gaza appear to directly stem from the kidnapping and killing of three Israeli teens; their bodies were found in Hebron; see here.)
1954 – Getúlio Dornelles Vargas, president of Brazil, commits suicide and is succeeded by João Café Filho. (A Brazilian presidential candidate died in a plane crash on August 13, 2014; see here.)

2004 – Eighty-nine passengers die after two airliners explode at around 23:00 after flying out of Domodedovo International Airport, near Moscow. The explosions are caused by suicide bombers (reportedly female) from the Russian Republic of Chechnya. (Shades of the downing of MH17? See here.)

Will August 24, 2014, bring forth new significant deaths, a volcanic eruption, towns invaded & occupied, cities burned, assassinations, suicides, and terrorist attacks? Will tridents be in the mix, in some fashion, symbolically or literally? Red dawns and Auroras? Only time will tell. In the meantime, be safe.

August 24th is also the Christian Feast Day, in the Roman Catholic and Anglican churches, for Bartholomew. Bartholomew is the Son of Ptolemy, and Ptolemy means "Son of War." For more on this name/date game, please see Chris Savia's "The Synchromysticism of Seth MacFarlane," posted August 21, 2014. He also talks of the rumblings in Iceland there. Also, Todd Campbell pointed out to me today that Goro, in his "Horus of the Horizon," is pointing an event horizon on August 24th, as well.

Finally, for those assuming that my focus is all negative, let me share a bit of background. Carl Jung was interested in the use and interplay of synchronicity in its application of probabilistic predictions, and those that most often appealed to him in support of his concept of acausality. If we can predict disasters, especially ones produced by humans, and prevent them, then Jung's thoughts can be reframed as he saw them, positively. Predicting what are seen as "negative" events may be an easy target for overt criticism, but these media-driven, recognizable moments are exactly the kinds of predictions that I consider to be possible. Prevention work is often misunderstood.

The instrument of destruction mostly under study, and the behaviors predicted, are of and from the humans, not the stars. It is Homo sapiens who are the ones responding to the anniversaries, remembrances, and independence days on their human internal clocks, tied to their current calendar.

Wars, invasions, cities in turmoil, suicides, murders, crashes, and more, ah, rest with the human factor, not an astronomical one. The so-called "anniversary syndrome" is strong in these primates, my fellows. This is based on an annual accounting in a contemporary landscape, dear friends. So it is and so it shall be.

Now if that volcano in Iceland goes off over the weekend, we'll just have to write that off to one of Carl Jung's "coincidences," correct?
Posted by Loren Coleman at 12:46 PM

Something has got to give...the world seems like a powder keg at the moment.

Like the volcano in Iceland, the pressure is going to have to get released in some manner.

oh boy - got to forward this to my mom, it's her birthday!!

Volodymer's granddaughter, Anne of Kiev, married King Henry I of France. Their granddaughter, Isabel de Vermandois, was married at the age of 15 to an Anglo-Norman nobleman, had a couple of children by him, then was carried off by another nobleman by whom she had several more children. Over the next few centuries, their descendents intermarried with virtually every other noble family in England -- meaning that most of the population of Britain, as well as a few million Americans, can trace their lineage back to Volodymer.

I've got young kids and they love the Disney storybooks and movies. Quite coincidentally, my younger son wanted me to read "Little Mermaid" to him. The god of the sea is "Triton" with his ever-present Trident. I couldn't help but think of this Twilight Language conversation. And of course "Ariel" is the main character. That name has come up many times just in the past week, along with my many "water" dreams of late. My name is Andrew and St. Andrew is the patron saint of fisherman, to sync with Chris's comment on August 24. P.S. Had a 4.2 eq here in OK yesterday. I didn't feel it - I HEARD it. Like a "boy's band" with rat-a-tat-tat drums. Seriously weird.

[SEAL]Tridents and Ferguson, possibly together again:


Andrew is patron saint of Scotland where the Trident Nuclear Submarines live. In the news lately as to what will happen to them after Independence, should it go ahead.

Chris' post @ Who Forted sent me chills down my spine --as did this post, as well O__0

@RDR - Also an Andrew, and also had a dream about a massive flood over the weekend. It was gonna wipe out an entire neighborhood and my attitude in the dream was basically "f**k it. We'll be fine". hah.

And while we're speaking of Navy SEALS, there's also the Trident Group, a security firm founded by firmer SEALS, that describes itself as "the US Market Leader in Anti-Piracy & Maritime Security Operations World-Wide." They were in the news last winter when two of their contractors were found dead in an apparently drug-related incident aboard the same ship that was hijacked by Somali pirates in 2009. (Though there are also not-very-plausible conspiracy theories that link their deaths to the disappearance of Malaysian Flight 370.)

And there's what appears to be an entirely different Trident Group that describes itself as "a highly-specialized, well-established corporate risk management company with offices in Arlington, Virginia; Moscow, Russia; and Kiev, Ukraine." That one seems to consist mainly of Russians and boasts on its profile that "Associates of Trident Group are, for the most part, former law enforcement, military and intelligence officers who enjoyed long and productive careers prior to joining the firm. Most of Trident’s associates have been with the group for many years."

THE ACS water challenge went has been viral tridents have been associated with the goD of water Neptune nasa is gonna land a rover there supposedly we are transitioning into the age of Aquarius the water bearer also the Volcano is in ICELAND
and we are at war with ISIS in the year of the horse Ferguson means mans choice ,mans force corresponding with the blood moons
and the biblical tetra i believe we will see a event occurring like in the new hbo series the leftovers as it is occurring now look around you but the only true choice is your own Force

Perhaps the trident symbolism is a ritual of the passing the torch of ages. From the Age of Pisces ( Neptune , Poseidon )To the age of Aquarius ( The Water Bearer)
. Interesting the ‘ice bucket’ challenges going on now( the pouring of water ( water bearer of Aquarius )
The recent Disney film “Frozen’ ( along with the ice bucket challenge, may give us a glimpse into the negative energy( frozen ) of Aquarius and the ‘powers that be’ being the controllers of the containment of water.( water in the future being the new gold ).. Unlike the vast ocean of Pisces the fish… The water bearer decides who is worthy of water and who is not. Aquarius energy is very group think, as opposed to individualism .( if you’re not with us, you’re against us ).. This is a very insightful article about Aquarius energy. As you read this article, think of the bigger picture and extrapolate , how this seems to dovetail with events of today ( and perhaps our possible future)
http://www.skyscript.co.uk/aquarius.html

Dang, man. The next time you call something, I'm staying home, in bed, the blankets up over my head! This, and you are now officially weird, and impressive. I figured it was going to be the volcano in Iceland.

It was the largest quake in the bay area since 1989. Later the same day at the VMAs Taylor Swift sang her new song "Shake it Off" in front of a giant lit up 1989.

There were three 6.0M earthquakes on August 24. Chile, Peru, California.