News from the southern portion of India tells of the startling find of an ancient trident and an idol depicting a sacred cow, originally from an Abirami Amman temple from the 1700s. 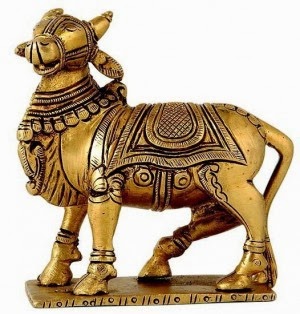 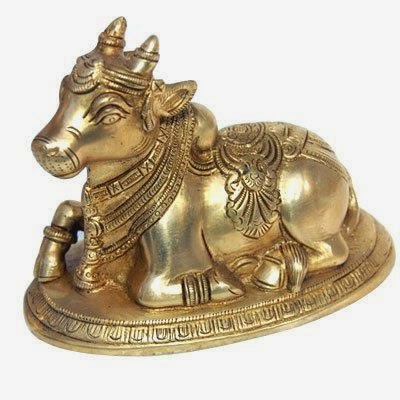 
A brass trident and a nandhi idol believed to be dating back to a few centuries were unearthed by the corporation workers in Dindigul when they were desilting the famous Kottaikulam in the foothills of the rockfort in the city on Saturday [August 1, 2014].
The rockfort, which was constructed in 1605 by the Nayak dynasty in Madurai assumes historical importance. In the 18th century it passed on to the Kingdom of Mysore. Tipu Sultan was crowned the king of Dindigul and he used the fort for the purpose of training his soldiers and also storing their weapons. The Kottaikulam tank at the foothills was dug by him to meet the drinking water needs of his forces. The fort is now maintained by the Archaeological Survey of India and the tank has not been desilted for many decades. 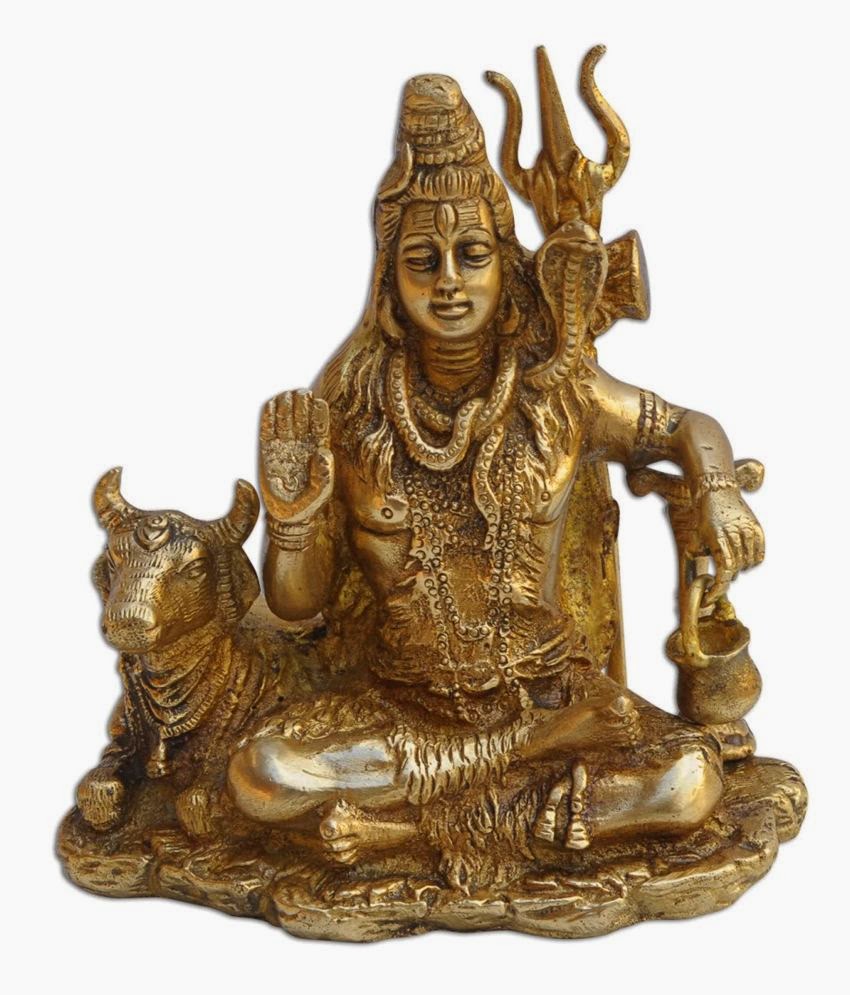 Now, the Dindigul Corporation has taken up desilting work of this tank for the purpose of rain water harvesting. On Friday [July 31, 2014], workers struck something hard when they reached the depth of about 10 feet and unearthed a brass trident and a little later, the nandhi idol. The trident is said to be weighing about 12 kg and is six feet in height while the idol is two feet tall. Mayor V Marudharaj and corporation commissioner Rajan and other officials rushed to the spot on being informed and later the discovered items were handed over to the Dindigul West tahsildar. Last week the workers discovered an entrance to a secret passage on one side of the tank, which had been covered by silt.
Sources said that a temple dedicated to goddess Abirami Amman had existed on top of the hill during ancient times and it was destroyed during Tipu Sultan's period. "The idols from the temple seem to have been thrown into the tank after the destruction of the temple," they added. [Source, read more, here.] 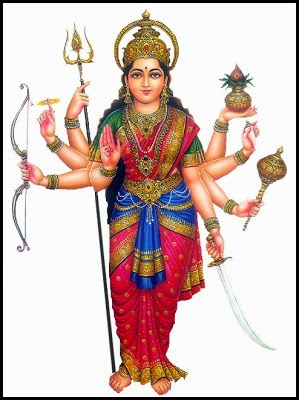 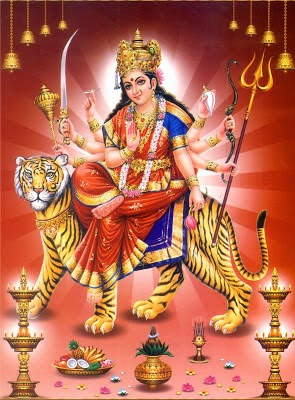 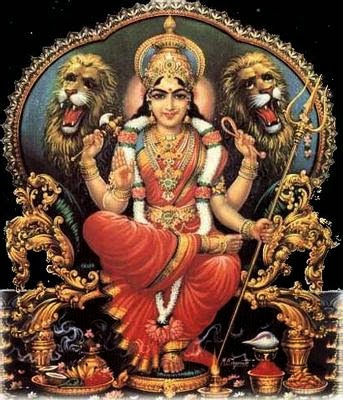 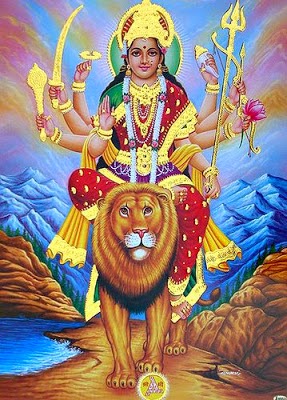 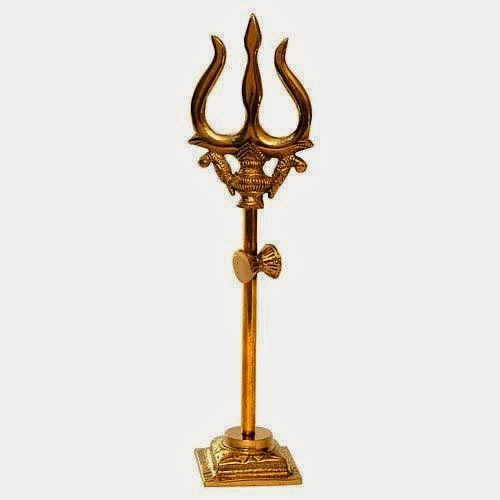 India's 911: Synchronicity and Coincidence in Mumbai
Posted by Loren Coleman at 9:40 PM