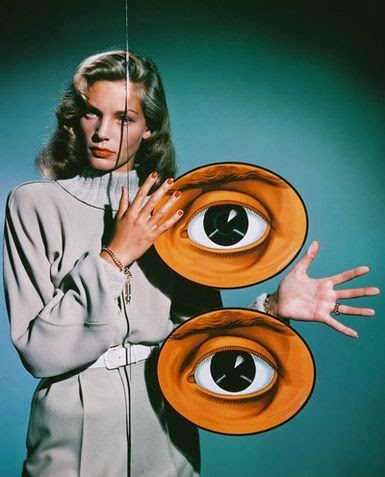 Lauren Bacall, the legendary film and stage actress who was known for her distinctive husky voice and sultry looks, died on August 12, 2014, at the age of 89 in a New York City hospital of an apparent stroke, noted ABC7News. The announcement came from the Humphrey Bogart estate.

Bacall's death followed by a day the passing of Robin Williams, whose middle name is McLaurin.

Director Howard Hawks gave Bacall the first name "Lauren" during her screen test for To Have or Have Not (1944). In that film, with Humphrey Bogart (whom she would later marry), when she uttered the one of the most famous lines in Hollywood history: "You don't have to say anything, and you don't have to do anything. Not a thing. Oh, maybe just whistle. You know how to whistle, don't you, Steve? You just put your lips together and blow." 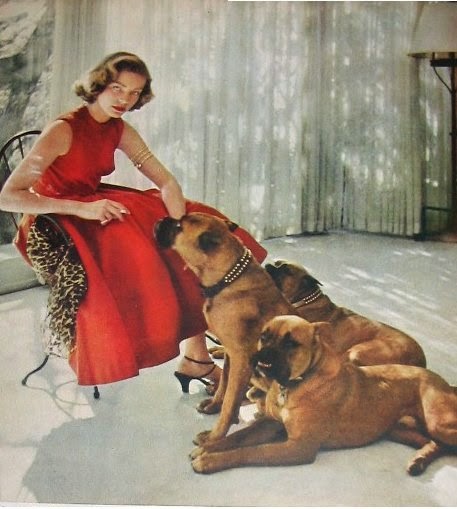 Her last name was created from her mother's maiden name. Lauren Bacall was born Betty Joan Perske in the Bronx, the daughter of Jewish immigrants. Her parents divorced when Betty was 8, and the mother took part of her family name, Bacal. Betty added the extra L when she became an actress.

When I conveyed the news that Lauren Bacall had died on a Fortean forum last night, one wag came back with the sarcastic retort, "Alas, no trident."

In this period of history, it does appear that tridents are in evidence all around, literally and/or metaphorically, in deaths and disasters. Synchronicity works that way. Coincidences too. Read Jung. Or Charles Fort.

Lauren Bacall, it turns out, was the headliner for Maserati's re-thrust into the American market.

The company website for Maserati History related it this way: "In 2001, after 12 year absence from the US market, Maserati returns to the United States. A car manufacturer who can pass the quality and safety tests in the USA is ready for any challenge, and it is no coincidence that this return is celebrated in great style during the gala evening at the Italian American Cancer Foundation. The room is full of famous personalities such as Lauren Bacall, Ivana Trump, Umberto Veronesi."

Please note, Maserati used the phrase "no coincidence," I didn't. 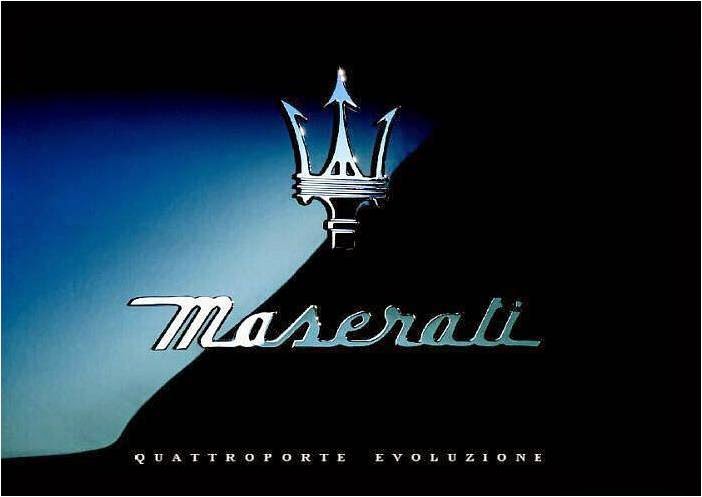 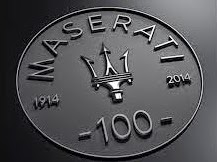 For those following the Trident syncs this year, the Maserati Trident (with the company celebrating its 100th year) has been a focus of some synchromystic discussions. 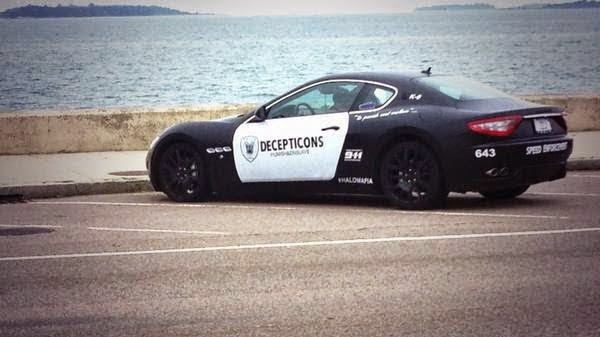 Maseratis are getting in the news, as I write. See here. 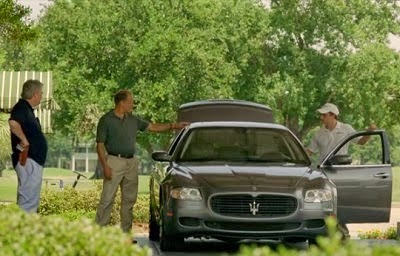 The Maserati, as shown here in True Detective,
has as its logo, the trident. 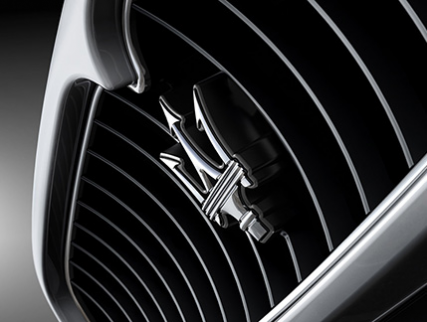 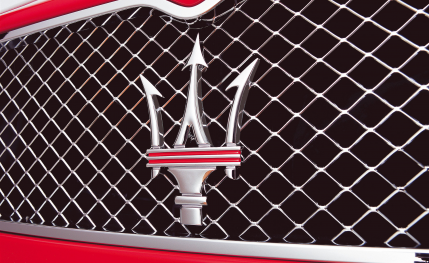 It is not presently known if Humphrey Bogart or Lauren Bacall ever owned one of Maserati's sports cars named the Trident. They did like sports cars. 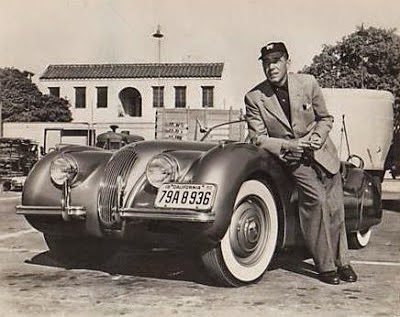 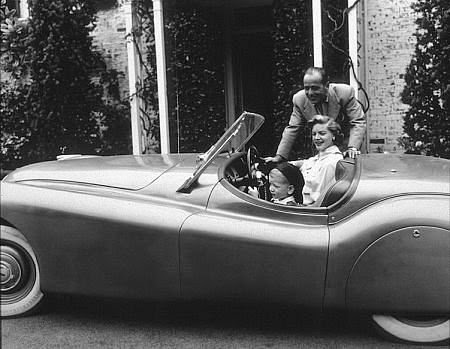 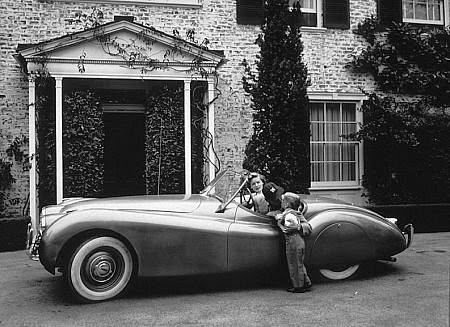 The couple is shown here with son Stephen in and out of their Jaguar XK 120.

Hello all! I'm a regular reader, but I don't think I've ever posted a comment before.

I wanted to share something that I just came across. In reading another blog, a commenter left a link to a particular blog post. At first I wasn't going to open it, but since I'm eating a late lunch I thought I might as well take a look. Yes, a trident! I am not endorsing this site as I have only just found it, but I was stunned to come across the trident subject. If you scroll half way down, you'll see the blogger talking about two tridents pulled from the twin towers wreckage and used as part of the memorial. There is further information on tridents in the post. Another piece of information from one of his commenters says that Neptune (trident) is the ruler of the astrological house of Aquarius. Not being an expert in astrology I looked it up and Wiki says Neptune is the ruler of Pisces (which makes more sense). If you read the description of Pisces on the Wiki page it goes rather well with the current mystery you all are exploring.


You might want to read the Wiki page regarding planets in astrology, too, and see the description for Neptune.

The Fountian of Neptune in Trent, Italy, which in Latin is called Tridentium, for which the traditional Roman Catholic Tridentine Mass is named, due to the Council of Trent.

There you find this lord of death with his three-pronged sceptre atop the fountain. Note also that Nick Fagnano, who was struck by lightning in Venice, California thus surname-wise and city-wise connects to northern Italy.

"It is not presently known if Humphrey Bogart or Lauren Bacall ever owned one of Maserati's sports cars named the Trident."

Technically, Maserati did not name their cars "Trident", that was the logo. They did, however, name their cars after certain swift winds, such as Bora and Ghibli. It is a curious sync that Studio Ghibli, the famous Japanese house of animation, shares a name with the house of the trident.

In UK there are 4 Trident Nuclear Subs that may have to be moved from Scotland should Scots vote for independence.

Well, synchronicities strike once more - Mr. Coleman, you took the time to write me regarding the 'sea' and Robin Williams' death this last Monday. I was on the road, and i didn't have a chance to catch up on your blog until this morning -

when i was quite surprised to find such an emphasis on the Maserati automotive company. I'd seen a yellow Maserati convertible on our trip up to Nevada City Sunday morning (from the SF Bay Area). I remarked upon it to my husband, as i can't recall the last time i've seen one and my dad is car-obsessed so i wanted to mention it to him.