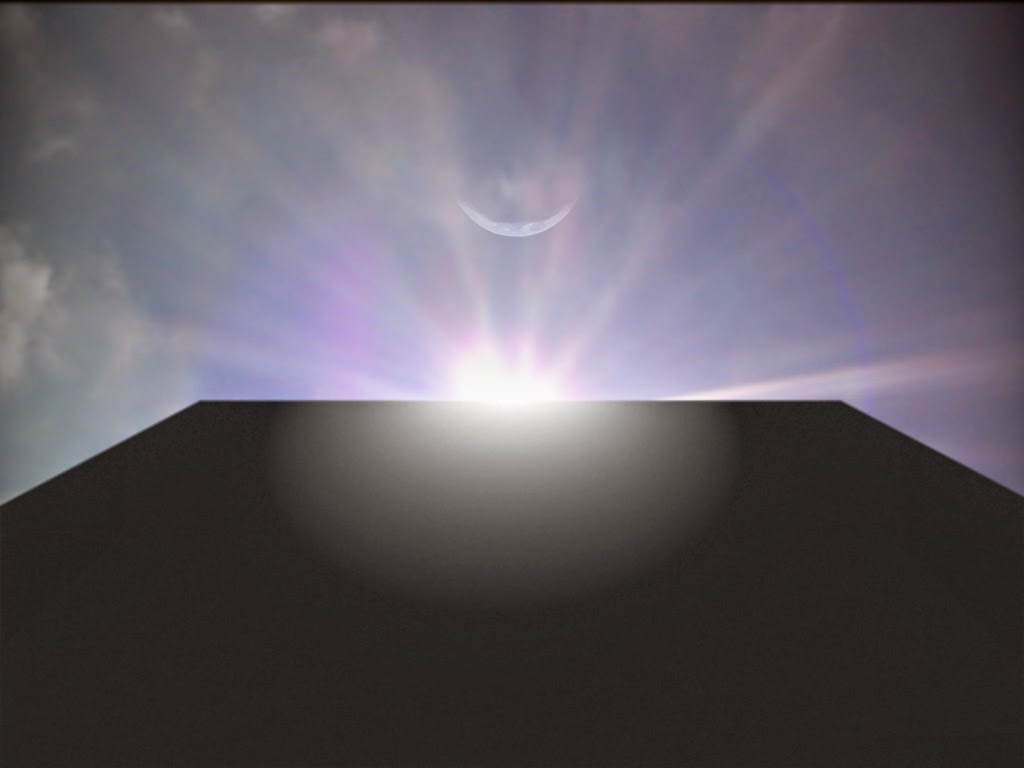 It is beginning as a strange Interstellar week, already.

On Monday, people were looking to the skies. 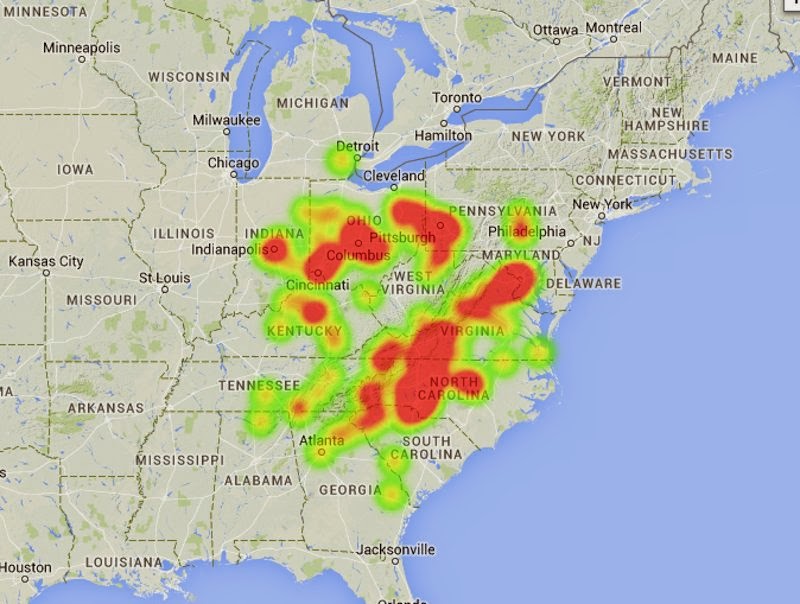 At about 6:20 p.m. ET on Monday, November 3, 2014, reports started trickling in that a brilliantly bright, green fireball was tracing its way across the night sky. The sightings occurred all over the eastern US — from South Carolina up to Ohio.

Over the course of the night, the American Meteor Society (AMS) received more than 400 reports of meteor sightings. NASA's Bill Cooke said the meteor was not part of the Taurids and was more likely a chunk of an asteroid.

Steve Sobel captured footage of a streaking light over Chicago, where there were at least nine reports from eyewitnesses of the mysterious object. These reports from Chicago turn out to be from a Red Bull publicity stunt.

"I looked up, and I just saw this bright light that looked kind of like a comet or something," Sobel told WGN-TV. "With the naked eye you could see fragments coming off the back of it, like it was something burning up."

In North Carolina, residents of Greensboro, High Point, Asheville, Fayetteville and Raleigh reported seeing a fireball around 6:20 p.m., about an hour before Sobel's sighting. 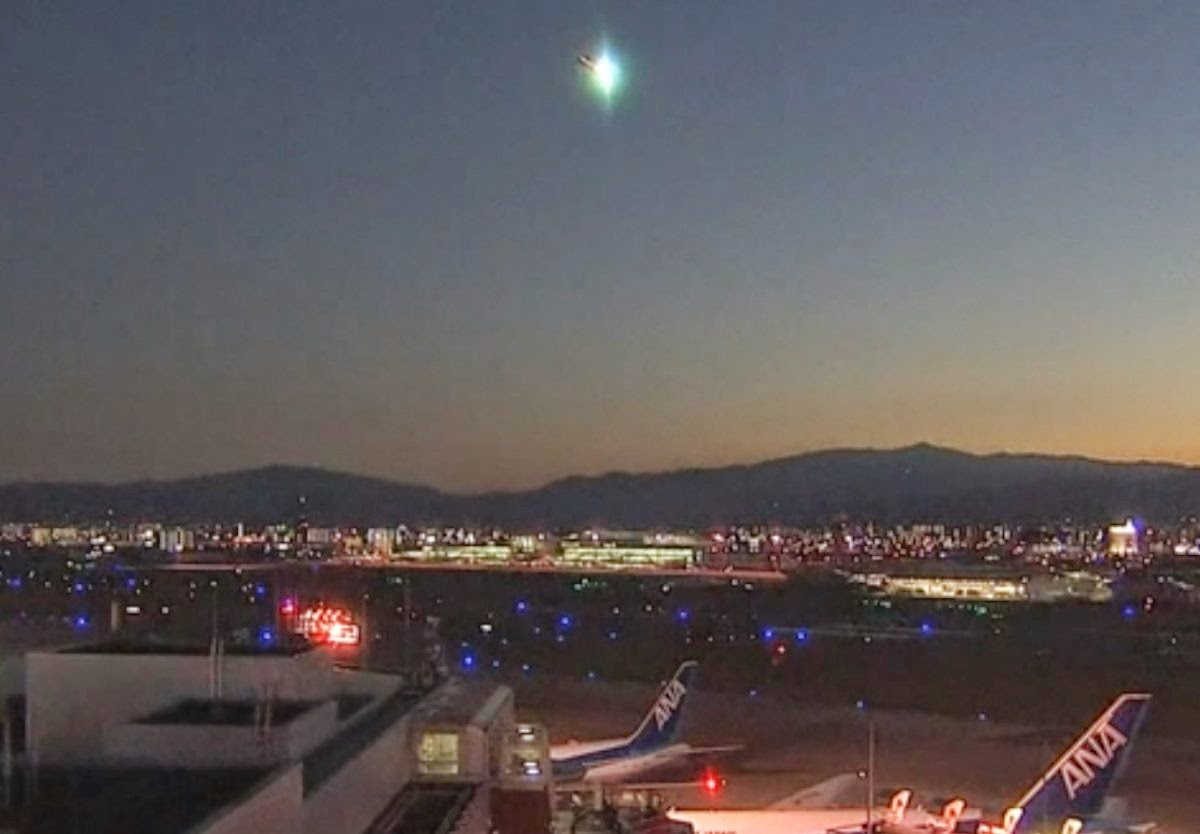 Meanwhile, people in western Japan have reported sightings of a green sparkling light (see above) racing across the sky on Monday evening.

A remote controlled camera at Fukuoka airport recorded an object emitting a strong green light, while another camera at Hakata port showed a faint orange light.

The celestial event took place over western Japan and was reported within a couple of hours of the series of US meteor sightings across the East Coast.

The colors are likely due to the presence of magnesium and sodium in the meteor itself that produce green and orange light, respectively, when subjected to extreme heat.

Will we be seeing other news accounts of green fireballs, meteors, meteorites, bolides, falling ice, megacryometeor (a giant ice meteor) or a series of falls, in the coming days?

Green fireballs have been given natural, man-made, and extraterrestrial origins and have become associated with both the Cold War and ufology. Because of the extensive government paper trail on the phenomenon, many ufologists consider the green fireballs to be among the best documented examples of unidentified flying objects. Source.

Most people today sense that all "green fireballs" are natural phenomena.

The Christopher Nolan film Interstellar opens broadly on Friday, November 7, 2014. However, with its limited release on November 5, information about the film is already leaking out.

It is not a spoiler to mention that robots will be appearing in the movie that replicate the monolith theme in Stanley Kubrick’s 2001: A Space Odyssey (1968). 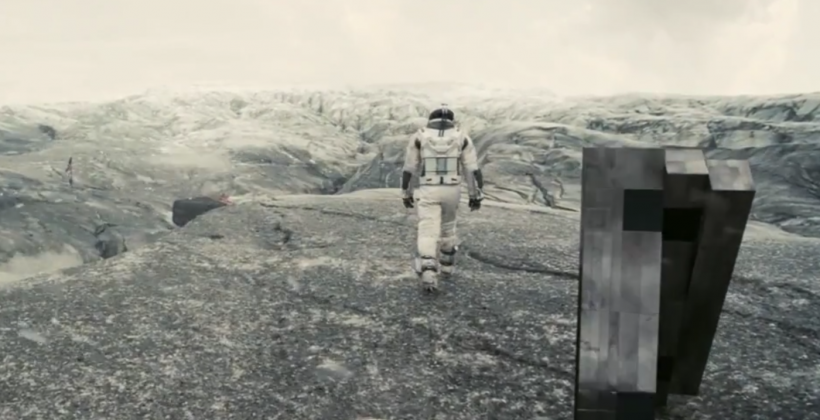 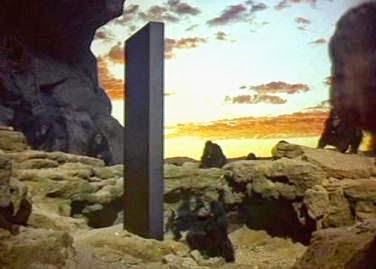 The monoliths in Kubrick’s 2001: A Space Odyssey are important characters as that motion picture's scenario unfolds. Their appearance out of the blue (literally) with our anthropoid ancestors to the film's end - near Jupiter - is too confusing for some audiences.

Thus quite a few film analysts have felt compelled to write of their interpretations - from aliens pushing along the evolution of humankind to just the monoliths being a reflective mirror to reality.

Roger Ebert may have put it most simply:

Originally, Stanley Kubrick began the film [2001: A Space Odyssey] with a series of scientists explaining how probes like these would be the most efficient method of exploring outer space. Unfortunately, at the last minute, Kubrick cut the opening segment from his film, and these monoliths became almost mystical entities. UPA, May 4, 2013.

Last and perhaps least...for this overview: 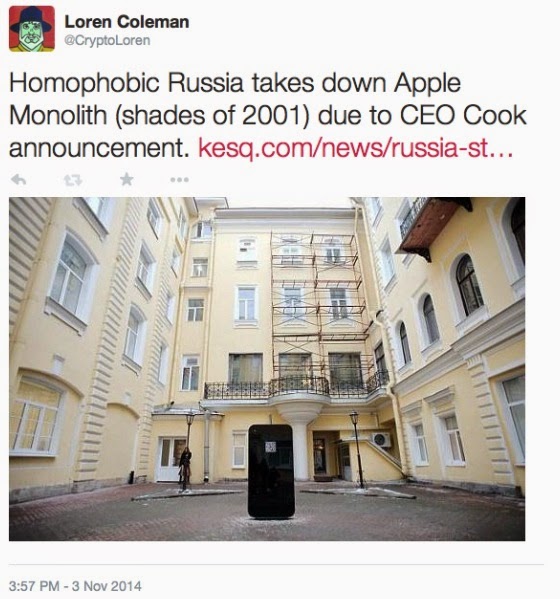 More on Interstellar - and the events of the week - stay tuned...