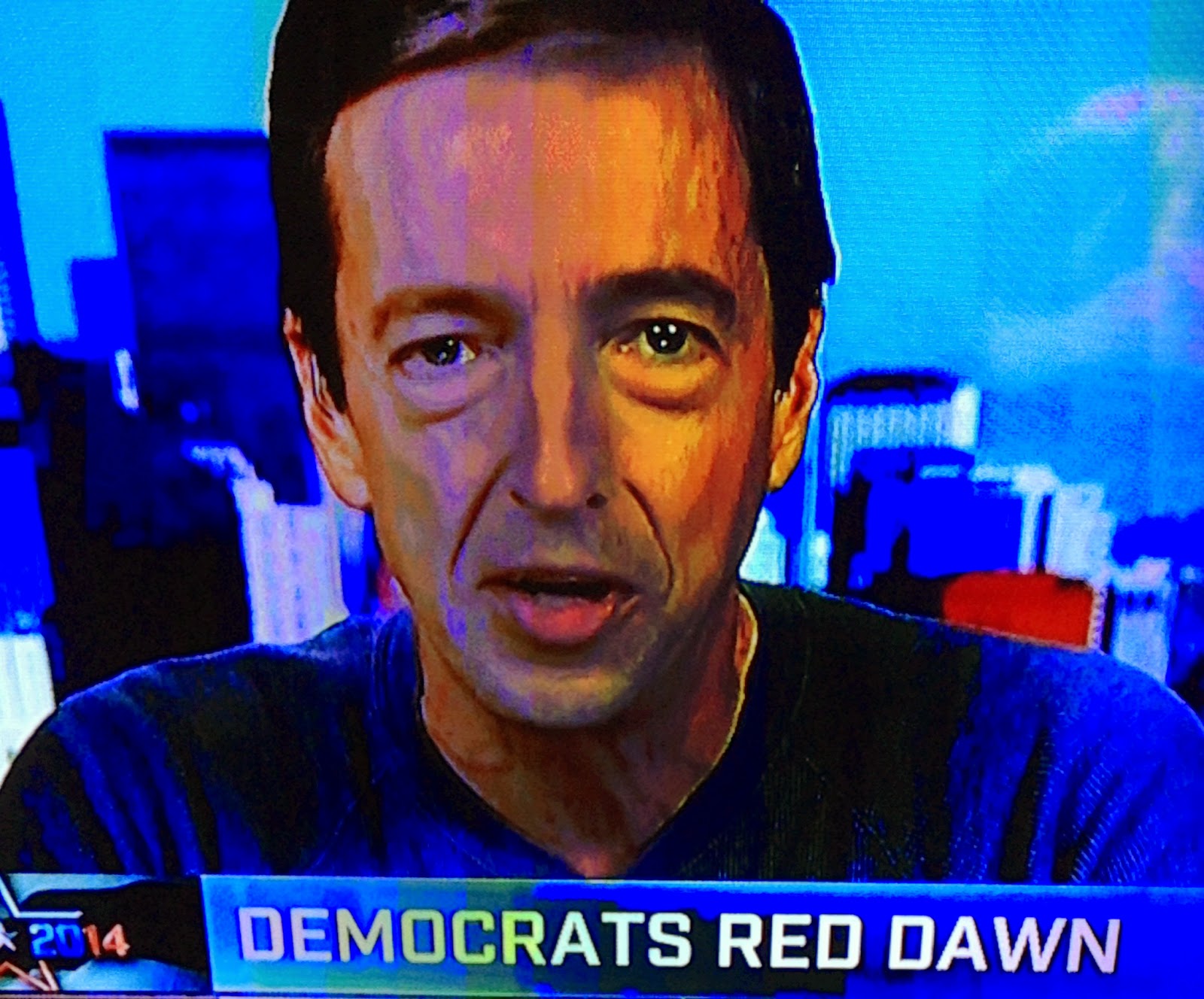 Update: The Day After The Election ~ November 5, 2014. "Red Dawn" again, this time on MSNBC. They had Ron Reagan making comments, but the imagery was almost graphic novel-like. 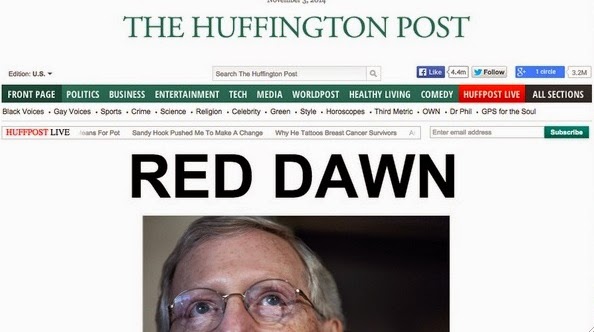 Readers of the Twilight Language may be wondering if the Huffington Post headline writers are readers of my synchromystic friends' and my blogs. Seems like it today.

Can you believe the headlines from HuffPost in the last 24 hours?

The "Red Dawn" headline appeared and disappeared only a few hours later, on the evening of November 3rd. "Twilight" came along, showing a scene that looked like the middle of the night. Next was "Dem Doomsday."

All were thoughtful, but as one correspondent put it to me, they were clearly "synchromystical." 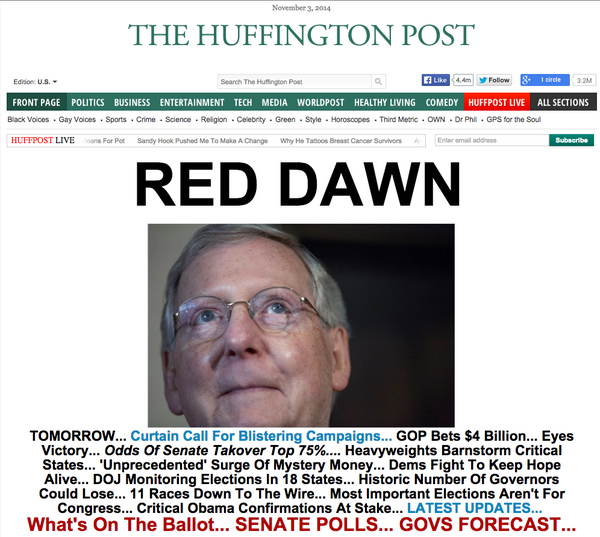 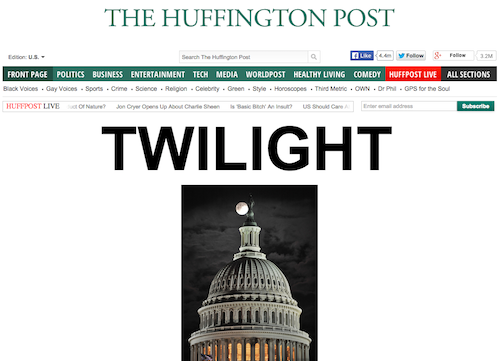 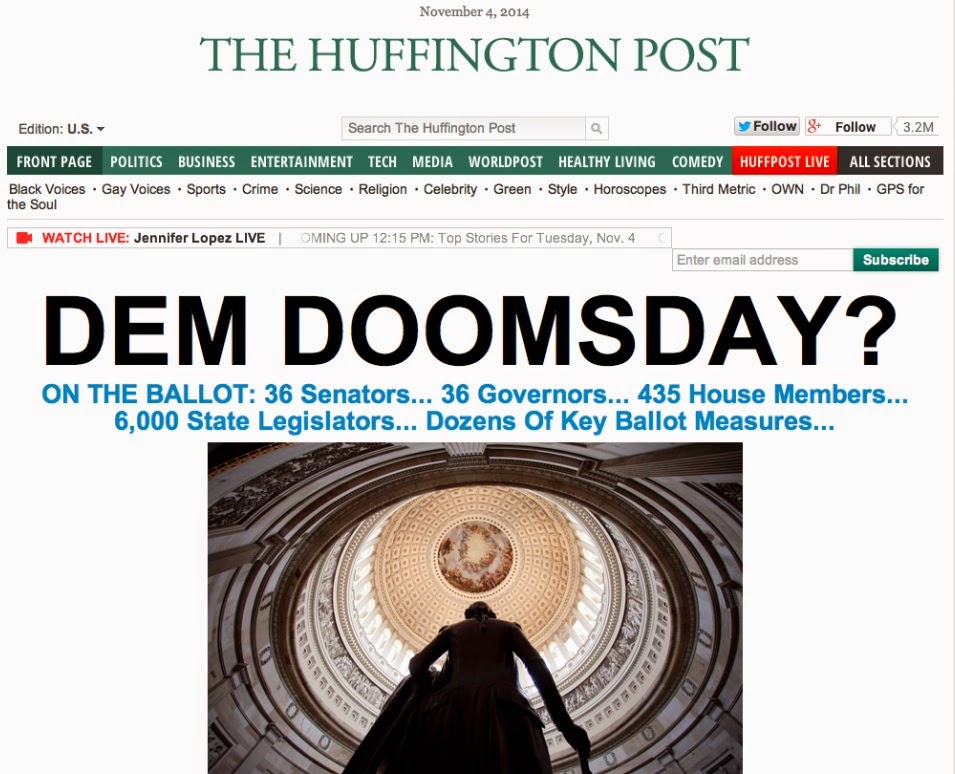 Of course, "red dawn" has been used frequently in the last two years across the blogosphere, after some of us pointed to the literal translation of Colorado-Aurora into "Red Dawn," immediately after The Dark Knight Rises shootings of July 20, 2012, at that specific location.

The use of "Twilight" and "Doomsday" are self-explanatory, as far as their relationship with items that sync students are studying.

I warned about this week being hot and/or maybe even hopeful, leading up to November 7th.

Red Pill Junkie alerts me to news of a woman setting herself on fire in Bulgaria, at the presidential headquarters in Sofia on Monday, November 3, 2014. Also, he and others mention the World Trade Center finally "reopened" after 13 years. The first tenants moved in Monday. 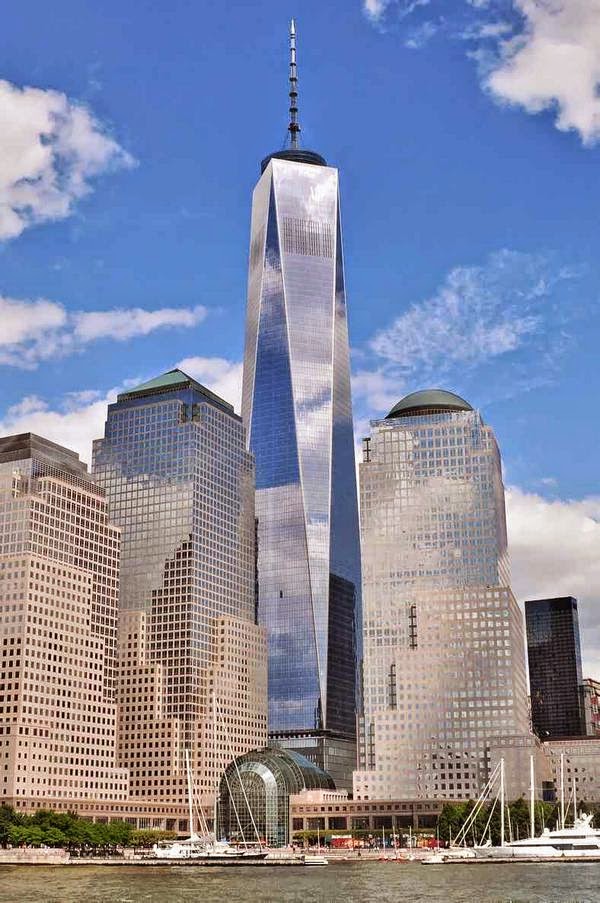 Meanwhile, I see other horrors continued, in the wake of an awful Halloween full of lots of kids' deaths.

Late Monday (November 3, 2014) night, Jillian Meredith McCabe, 34, of Seal Rock, threw her 6-year-old son, London McCabe, off the Yaquina Bay Bridge, near Newport , Oregon. She reportedly said voices told her to do it.

You saw other terrible news, perhaps, locally, as well.

Still, I think these events are a bit off the mark of what I see coming for this week - from the heavens.


Here come old flattop, he come grooving up slowly
He got joo-joo eyeball, he one holy roller
He got hair down to his knee
Got to be a joker he just do what he please
. . .
Got to be good-looking cos he's so hard to see
Come together right now over me
~ Come Together, 1969, written by John Lennon.

(Thanks to James for the lead on two of these developing headlines;
h/t to Red Pill Junkie for the heads up on other news.)
Posted by Loren Coleman at 1:05 PM