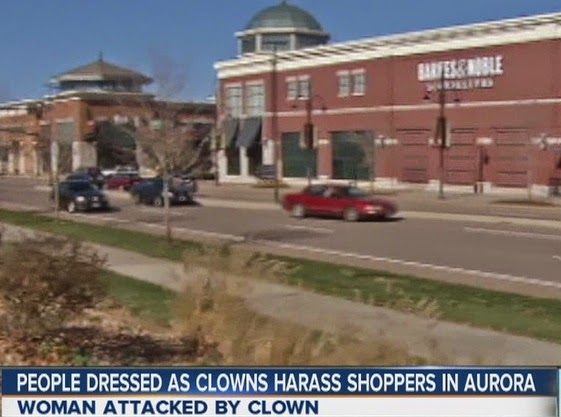 We are in the midst of the largest worldwide wave of weird, evil, creepy clown sightings and encounters to have ever occurred in modern times. Today, to me, signaled these manifestations are taking place in locations that cannot be ignored for their hidden twilight language.

As longtime readers know, it is in Mysterious America where I detailed the USA national wave of sightings in May of 1981 of costumed sinister jokers in vans, trying to kidnap children, seemingly beginning in New England and spreading from there. By the end of the month, the local newspapers in Kansas City were publishing warnings about "Killer Clowns" said to be after children at bus stops there. I coined the term "Phantom Clowns" to describe them because they were (are) seen but never caught.


Sightings would come and go, and Phantom Clown encounters would continue.


Then in 2008 reports coming from Chicago were tied to a Wicker Park, which has a symbolic name linked to New York City's Son of Sam killings of 1976-1977. In letters to the media, the "Son of Sam" serial killer signed himself as "The Wicked King Wicker" and allegedly shoot a Wicker Street German shepherd.

In the October 2008 Illinois incidents, a man wearing clown make-up and a wig was using balloons in an attempt to lure children into his vehicle on the South Side of Chicago, Illinois. Police issued an alert about a week after a man with a similar description was spotted on the West Side. 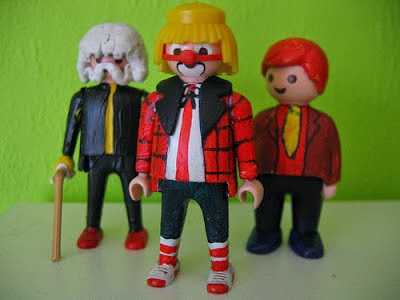 In January 2013, In the Dutch city of Volendam three phantom clowns beat up a boy at the local clown festivities (which involves over 200 clowns). The boy was taken to the local hospital. The clowns disappeared and were not caught. 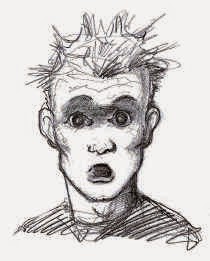 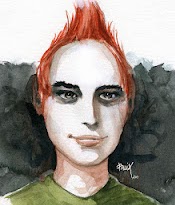 Two views of the Dendermonde Joker.

The concurrent attacks and incidents involving The Joker are not to be overlooked. It will be recalled that the Dendermonde Joker's face was painted white and his eyes were made black, with his distinctive pink/red/ginger hair cut in spikes, "as if he had cut his hair himself," his mouth was apparently not painted, as was Heath Ledger's Joker in The Dark Knight. The Belgian crèche (daycare) was attacked by this "Joker" on January 23, 2009. (Ledger had died on January 22, 2008). Two babies and one daycare worker were killed. The weapons used were a knife and hatchet. There was nothing "phantom" about this "clown."

Then it got very hot. 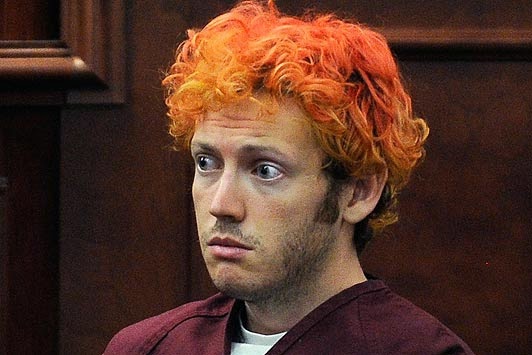 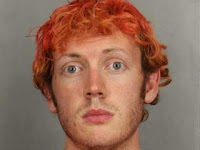 On July 20, 2012, the Dark Knight Shooting: 12 Dead, 58 Injured occurred. It happened in Colorado, at Aurora, forever broadcasting "Red Dawn" into our awareness. And James Holmes apparently had a Bane mouth mask that covered a Joker facial makeup underneath. 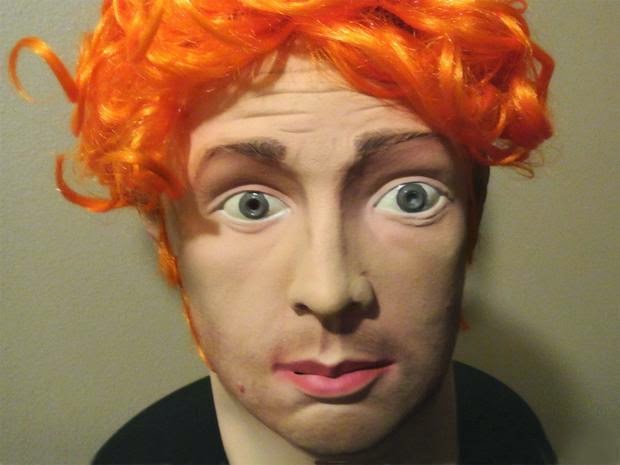 Even a James Holmes/Aurora Joker mask was marketed for Halloween 2012, briefly.

Now we find ourselves in the midst of a major clown epidemic.

Today, a reader emailed me, noting: "When you post about the phantom clowns, it always raises an eyebrow. But when syncs like this occur [see following], it really opens your eyes."

What the person was talking about was not strictly a "Phantom Clown," but an evil clown, a stalking clown. 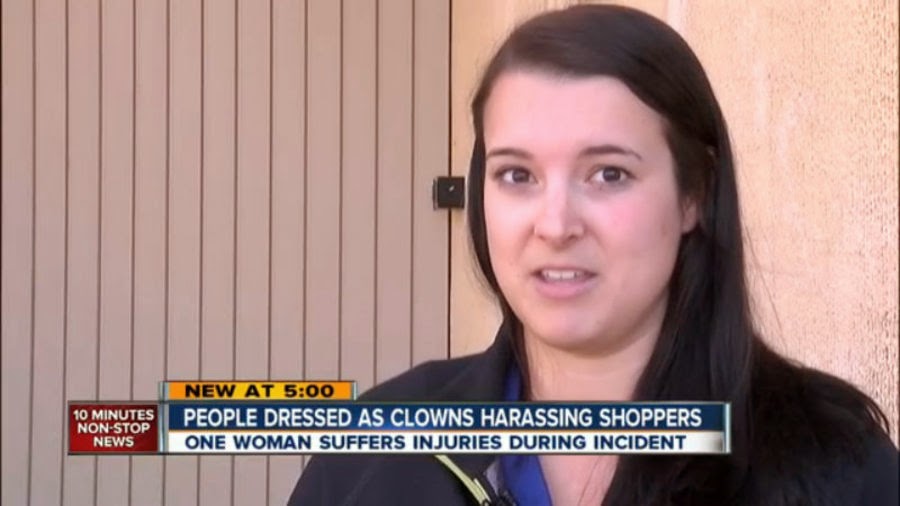 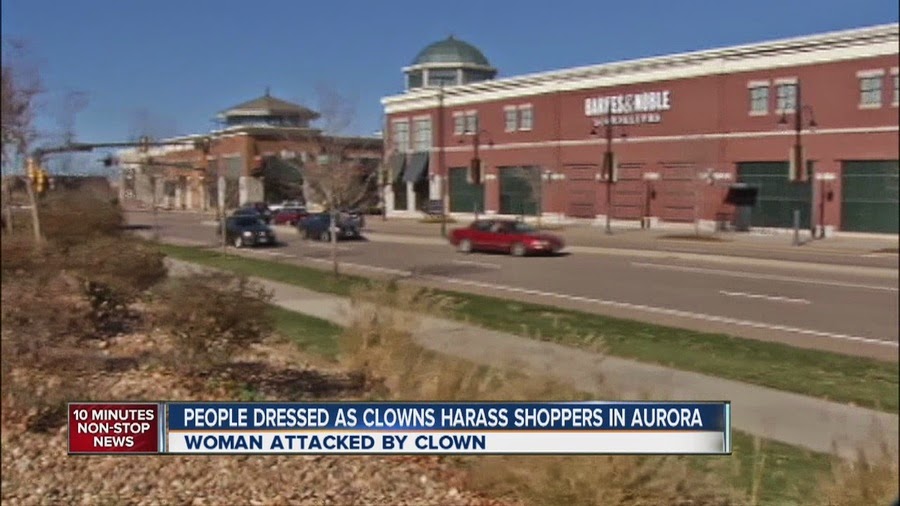 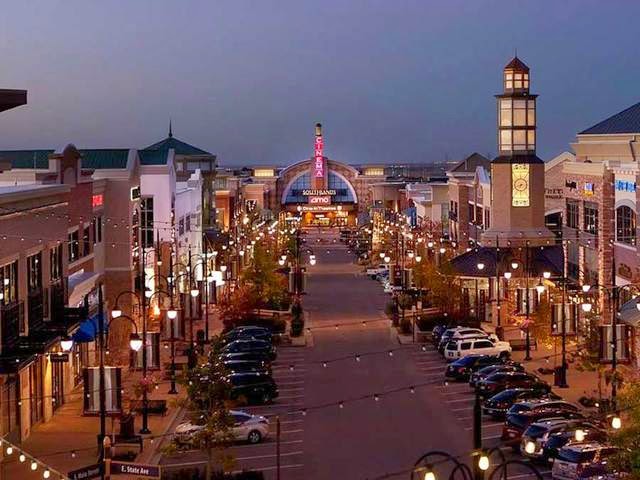 There is a new report of a Phantom Clown event in Aurora, Colorado (at the Southland Mall, pictured above). Once again, we are not making this stuff up.

AURORA, Colo. - A woman says she was attacked and badly injured by a man dressed as a clown on Tuesday night [October 28, 2014] at Southlands Mall in Aurora.
"It's definitely something out of a nightmare," said Molly who asked us not to use her last name.
The stuff of nightmares, Molly experienced firsthand.
"A man that had a clown mask on and kind of like a monkey suit jumped out and grabbed me," she explained.
The attack happened in public at Southlands Mall on Tuesday at around 9:30 p.m.
Similar mysterious, creepy clowns have been popping up across the country.
Videos and pictures of these pranks can be found all over the internet. One clip on YouTube shows a clown holding a chainsaw seriously scaring people inside a bathroom.
Molly said the pranks are getting out of hand.
"It was dark and it was like he was waiting for us around the corner," she further explained. "I feel like I was assaulted."
She said the attacked occurred in an alley near the movie theater, and as soon as the clown grabbed her, she tried to run.
"(I) scrapped up my knee. Went to a doctor today, I have first degree burns on my leg from falling," Molly said.
The clown left her with injuries to her knee and hand. She also cracked her iPhone during the attack.
"The rest of the night I was super jumpy and didn't want to go around any corners," she explained.
Two clown incidents were reported Tuesday between 8 p.m. and 9:30 p.m., at the shopping center located at 6155 S. Main St., according to the Aurora Police Department.
Officers drove around the area after the reports, but were unable to locate the clowns.
Aurora Police said while dressing up like a clown is legal; it is now considering criminal charges because of the injuries Molly suffered.
"They definitely need to get caught and get in trouble for this, it's not ok, and it's terrorizing people," she said.
A terrifying experience, Molly says wasn't funny at all.
"If I wanted to be scared I'd go to a haunted house," she explained. "It's a really bad idea; it's not a good prank." Source.

Why a Stalking (not Phantom) Clown in Aurora? Why now? A dawn clown event?

For the record, the original Phantom Clown business was not caused by Stephen King. King's It (below) terrorized children (as a novel in 1986 and a TV movie in 1990), but please note, only after I published my treatments on the discovery of the "Phantom Clown" wave of 1981 (first in magazine articles and later in my 1983 first edition of Mysterious America). 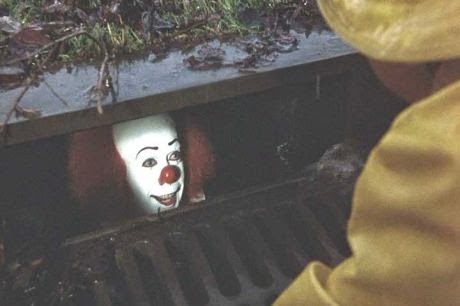