The Joker? The Hierophant? Jack the Ripper? The Hanging Man? Twilight Language abounds.

As a followup to the recent Austin shootings (see "Gunman McQuilliams Targets 3 Major Austin Governmental Sites"), the identification of the shooter as Larry Steven McQuillams revealed his use of the Twilight Language.

Before his attack, McQuilliams changed his last public individual Facebook profile photo to the following: 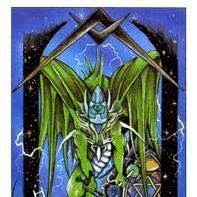 It is the Hierophant Tarot card (h/t SMiles). Following is the complete view. 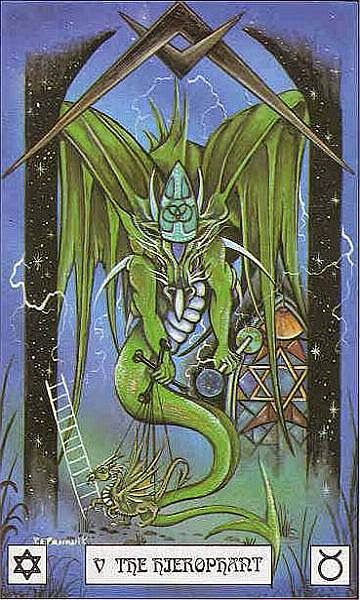 The Hierophant (V), in some decks named The Pope, is the fifth trump or Major Arcana card in most traditional Tarot decks.
...
In many modern packs, the Hierophant is represented with his right hand raised in what is known esoterically as the blessing or benediction, with two fingers pointing skyward and two pointing down, thus forming a bridge between Heaven and Earth reminiscent of that formed by the body of The Hanged Man. The Hierophant is thus a true “pontiff”, in that he is the builder of the bridge between deity and humanity.
...
In most iconographic depictions, the Hierophant is seen seated on a throne between two pillars symbolizing Law and Liberty or obedience and disobedience, according to different interpretations. He wears a triple crown, and the keys to Heaven are at his feet. Sometimes he is shown with worshippers, as his alternate title is the Pope or, sometimes, Jupiter.
...
Some interpretations also suggest a link between the card and the myth of Isis and Osiris, a claim made about many cards. Source.

There is a long tradition of leaving "calling cards" of various types at crime scenes.

One of the most significant examples in history is those left by Jack the Ripper, which were wrongly interpreted as being Jewish in origin, when, in fact, they were Masonic.

Jack the Ripper is believed to have left two calling cards by Goulston Street, London on September 30, 1888, the night he murdered Elizabeth Stride and Catherine Eddowes: a scrap of Eddowes' apron and some graffiti reading Juwes are the men That Will not be Blamed for nothing. Source.

First off, the actual location of the killings, near or in Mitre Square is important, Freemasonically.

Also, in one widely disseminated theory:


Author Stephen Knight suggested that "Juwes" referred not to "Jews," but to Jubela, Jubelo and Jubelum, the three killers of Hiram Abiff, a semi-legendary figure in Freemasonry, and furthermore, that the message was written by the killer (or killers) as part of a Masonic plot. There is no evidence that anyone prior to Knight had ever referred to those three figures by the term "Juwes". Knight's suggestion was used in fictional treatments of the murders, such as the film Murder by Decree, and the graphic novel From Hell by Alan Moore and Eddie Campbell. Source.

In terms of the Beltway Sniper mystery, Tarot cards were used to leave messages. 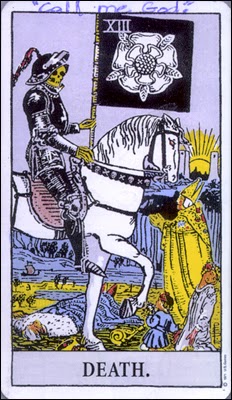 The snipers left Tarot “Death” cards like this one
at some of the shooting sites. Note the words
“Call me God” at the top. Photo: Official FBI page. 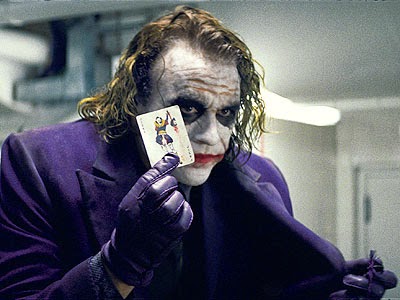 Heath Ledger's Joker and his card. 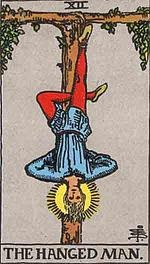 The Imaginarium of Doctor Parnassus: Heath Ledger's final role.
Posted by Loren Coleman at 9:41 AM

Murder Inc. was known to leave the Ace of Spades at the scene of some of their hits--- & at times US planes dropped Aces from the air before carpet bombing in Vietnam...