It was the "coincidence of the day," the spontaneous press conference on Air Force One, when President Donald Trump stuck his head in to talk to reporters about Syria, 4/6/2017.

Star Wars Rogue One was on, and Darth Vadar was on the screen. See the media and their "symbolism" thoughts concerning all the press photographs of Trump with Darth Vadar.

But commentators missed one bigger sync in the shoot. A time on the clock that also "feels" very symbolic: 2:11 = 2/11. It is almost as spooky as watching the Joe Alexander's doc on how often 9/11 shows up in the Back to the Future films. 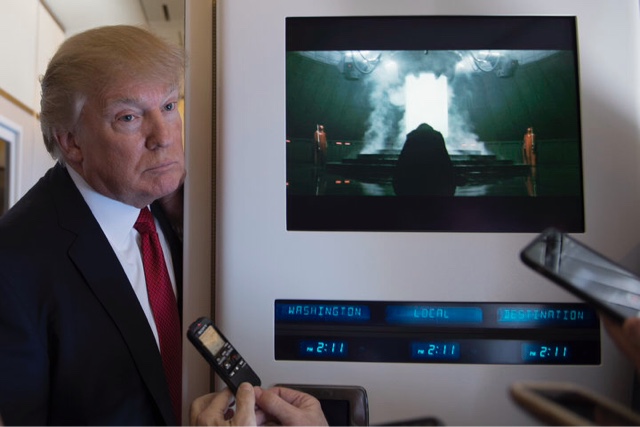 The media and Twitter went wild with the visual juxtaposition. 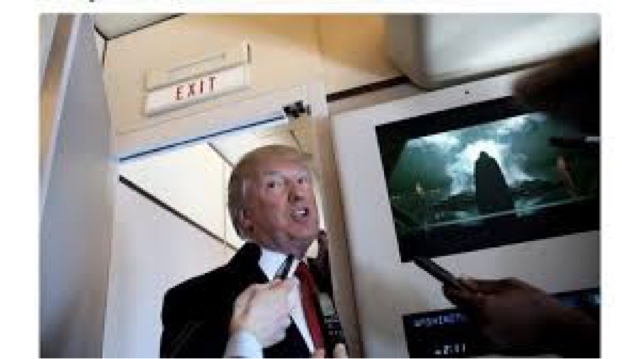 Later, on April 6, 2017, Trump ordered at least 50 missiles be fired at a Syrian airbase. Russians were on the ground there.

The strike occurred local time April 7, 2017. That coincidentally happens to be the anniversary date in 1946 when Syria received its independence from France.
It also is the anniversary of the USA capturing Baghdad - April 7, 2003.
One hundred years ago, on April 6, 1917, the USA entered World War One. 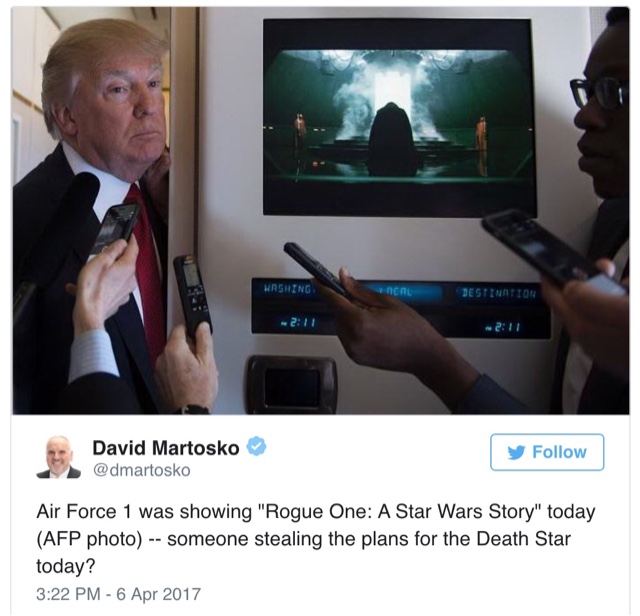 Posted by Loren Coleman at 5:06 AM