On April 1, 2017, a family carnival fire of a Wicker Man-like figure called Mr. Carnaval exploded, injuring many people watching. It is said to have been an accidental event, not terrorism.

At least 30 people were injured, five critically after the explosion rocked a busy French carnival. The incident happened when a Bengal Fire display exploded into the crowd at the carnival near Paris. Screaming spectators, including children with bloody faces, were thrown to the ground as the blasts shook the ground at the popular event, about 11 miles from the center, close to Charles De Gaulle airport. 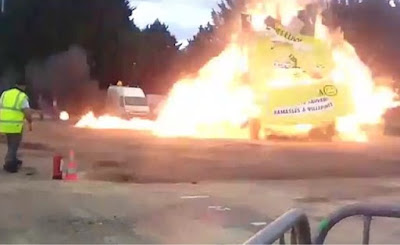 Festival-goers were setting alight a giant "Mr Carnaval" effigy in the shape of a man, made from straw and sticks. The so-called Yellow Carnival at Villepinte is created around an effigy made of wood and straw – both highly inflammable materials.

The effigy figure Mr. Carnaval is similar to the Wicker Man and Burning Man structures that are constructed and then burned. 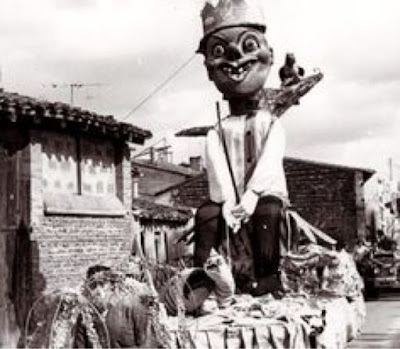 The vintage Mr. Carnaval shown above is a French example from 1955 versus a more recent instance below. 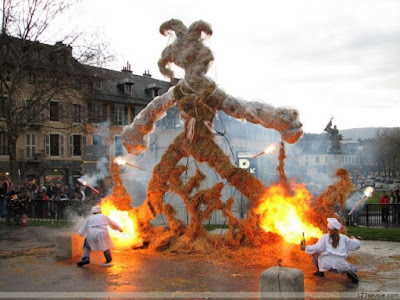 The sacrifice of effigies such as the Burning Man and Wicker Man symbolize fertility being bestowed on the community. 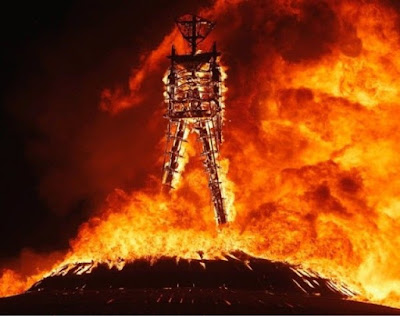 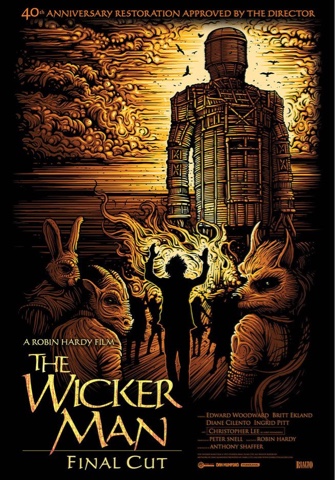 Posted by Loren Coleman at 5:04 AM