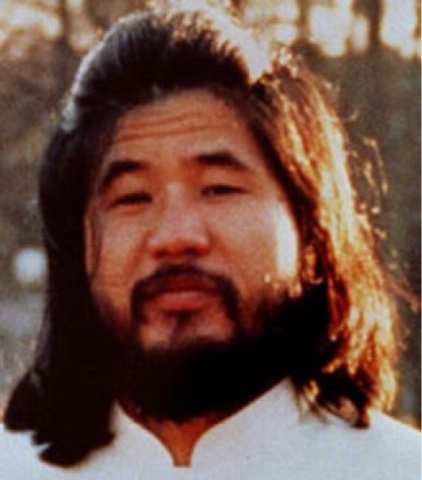 The leader of the Japanese doomsday cult that carried out a deadly 1995 sarin attack on the Tokyo subway was executed Friday July 6, 2018, along with six of his followers, decades after the horrific crime. Seven members of Aum, in total, were hanged.
Aum Shinrikyo members executed on July 6, 2018:
Shoko Asahara, leader of Aum Shinrikyo
Yoshihiro Inoue, Aum's "head of intelligence" and chief coordinator of the Tokyo subway attack
Tomomitsu Niimi, the getaway driver for Ikuo Hayashi, one of the perpetrators of the Tokyo subway attack
Tomomasa Nakagawa, one of the perpetrators of the Sakamoto family murder
Kiyohide Hayakawa, Aum's "construction minister", convicted of strangling a young cult member in 1989 suspected of dissidence
Seiichi Endo, the "head scientist" of Aum Shinrikyo
Masami Tsuchiya, Aum Shinrikyo's chief chemist and director of the sarin gas manufacturing

Shoko Asahara, the charismatic near-blind leader of the Aum Shinrikyo sect, had been on death row for more than ten years for crimes including the nerve agent attack, which shocked the world and prompted a massive crackdown on the cult. Thirteen were killed and 6000 injured in the subway attack. Others were killed in tortures and other attacks.
Japan's Justice Minister Yoko Kamikawa confirmed the seven executions, saying the Aum members were responsible for "extremely atrocious and grave acts that were unprecedented and should never happen again". 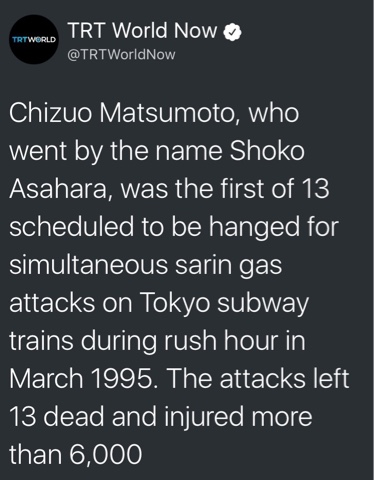 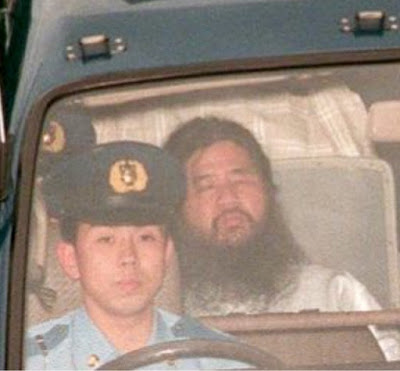 Aleph, formerly Aum Shinrikyo (オウム真理教 Oumu Shinrikyō), is a Japanese doomsday cult founded by Shoko Asahara in 1984. It carried out the deadly Tokyo subway sarin attack in 1995 and was found to have been responsible for another smaller sarin attack the previous year.
The group never confessed. They claim that those who carried out attacks did so secretly, without being known to other executives and ordinary believers. Asahara broadcast his singing, insisting on his innocence through a radio broadcast on a signal they purchased in Russia and directed toward Japan. On July 6, 2018, after exhausting all appeals, Asahara and six other followers were executed by Japan, as punishment for the 1995 attacks.
Aum Shinrikyo, which split into Aleph and Hikari no Wa in 2007, has been formally designated a terrorist organization by several countries, including the European Union, Russia, Canada, Kazakhstan, and the United States. Japan's Public Security Examination Commission considers Aleph and Hikari no Wa to be branches of a "dangerous religion" and it announced in January 2015 that they would remain under surveillance for three more years. The Japanese government ended surveillance of Hikari no Wa in 2017, but continued to keep Aleph under watch. Source. 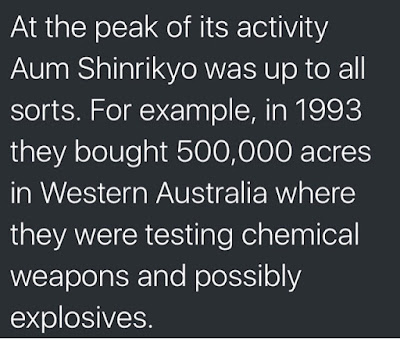 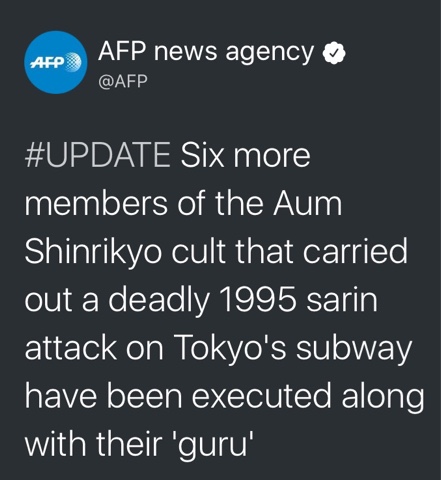 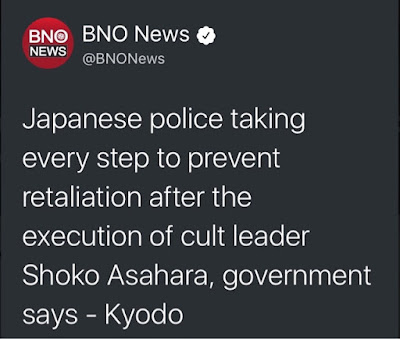 Friday's hangings were the largest simultaneous execution in Japan since 1911, when 11 people were hanged for plotting to assassinate the emperor.

Posted by Loren Coleman at 4:56 AM