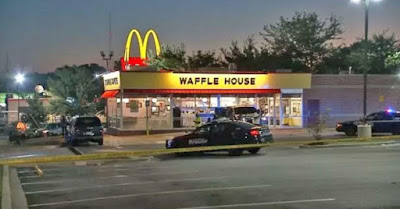 It appears the sync threads of "clowns" and "Waffle Houses" have merged. Now if we can only discover some of the names of those involved.

A man was shot and several customers were robbed at a Waffle House location on Northside Drive near the intersection with 14th Street in Midtown at 6:00 am, Tuesday morning.

Witnesses say the suspect came into the restaurant and went into the restroom. He later emerged wearing an "angry clown" mask and proceeded to rob several patrons and employees at gunpoint.

The suspect, only described as a black male wearing a dark-colored hoodie with tan pants, then fled the scene in the stolen white Mercury Grand Marquis which was later recovered in the area of 9th and Curran streets. 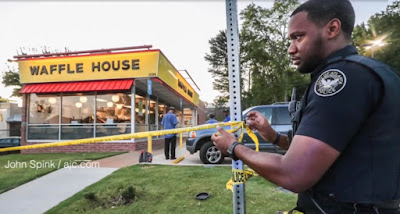