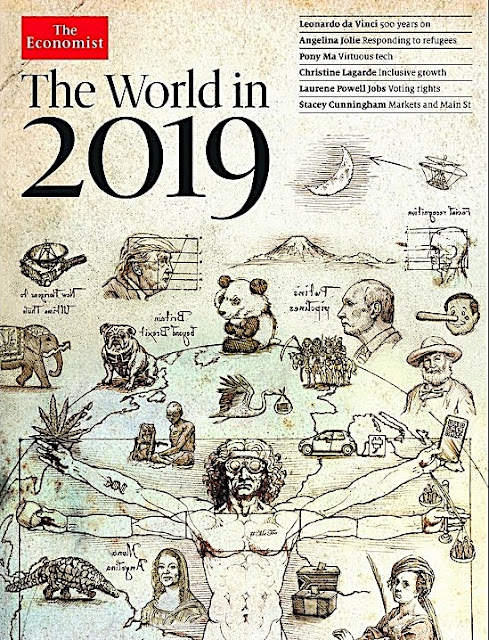 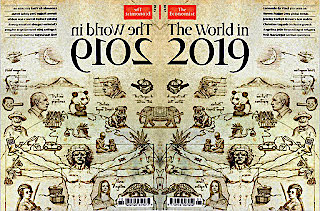 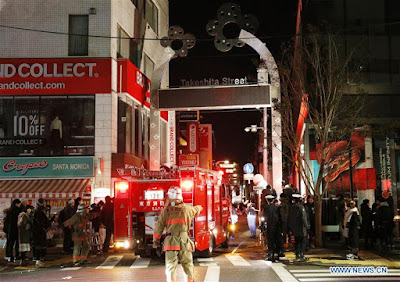 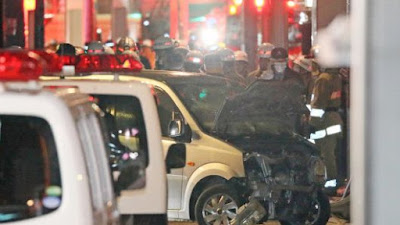 Nine people were hurt, one seriously, when a man deliberately rammed his van (shown above) into crowds celebrating New Year’s Eve along a famous Tokyo street, just after midnight, Tuesday, January 1, 2019.

With an “intent to murder,” 21-year-old Kazuhiro Kusakabe from Osaka (250 miles sw of Tokyo) drove a small vehicle into Takeshita Street in Tokyo’s fashion district of Harajuku at 10 minutes past midnight, a police spokesman said. About 20 liters of kerosene were found in the vehicle. Kusakabe told police he was acting in “retribution for the death penalty,” without giving more precise details. 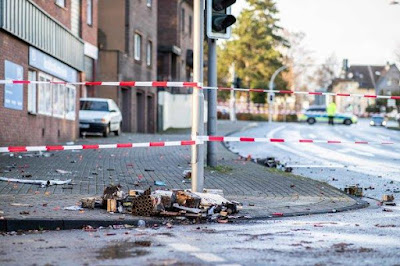 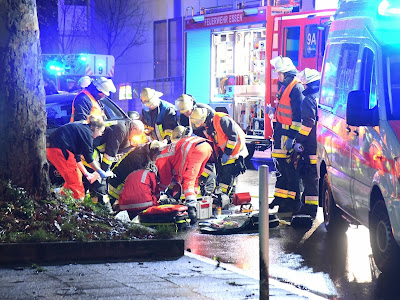 Meanwhile, a 50-year-old German man plowed a car into a crowd in Bottrop, Germany, injuring four, then drove to Essen and hit four others in a similar fashion. The second incident occurred near the Museum Folkwang in North Rhine-Westphalia, Essen. He appeared to be targeting people from Syria and Afghanistan. One Syrian woman victim had life-threatening injuries. 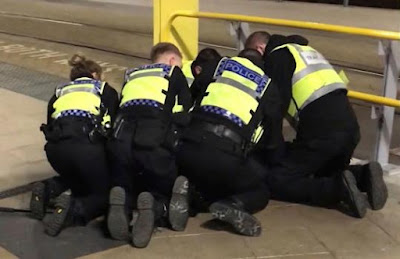 Within about the same timeframe (across time zones), on Monday, December 31, 2018, at the Manchester, U.K.'s Victoria Train Station, a stabbing of three, including a police officer, took place as people were heading to New Year's Eve celebrations. The man was heard shouting “Allah” at Victoria station.

And how will it end? 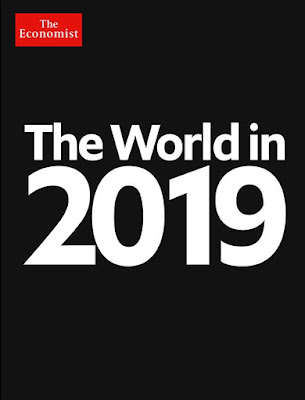