Cryptokubrology, Colman, Bale, and Beyond 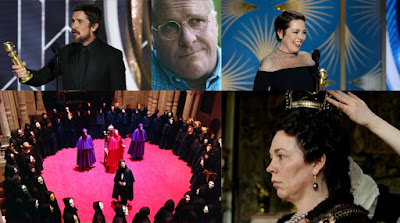 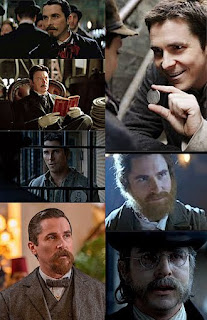 Christian Bale plays multiple roles in his many movies. In The Prestige (featuring David Bowie as Tesla), Bale (above) is the master of disguise and dual identities.

Of course, Bale as Dick Cheney in Vice use to be the Dark Knight, as an American Psycho he swung a Shining ax, and he started as that kid in Empire in the Sun. Christian Bale. "Bale" means "bold."

As Alex Fulton (@Crypto-kubrulogy on Twitter) observes in his graphic:

Bale won the best actor of 2018 for his role as Cheney in Vice at the 2019 Golden Globes. I posted this earlier on that occasion. 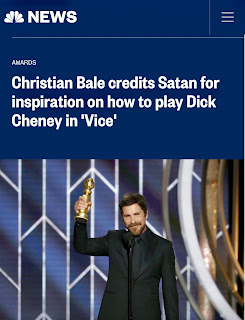 To which, Alex Fulton noted:

"And then there he was on stage crediting 'Satan' (A Stan) for inspiring his performance as Cheney." 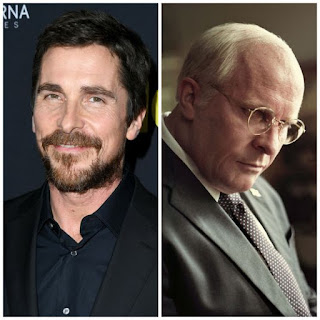 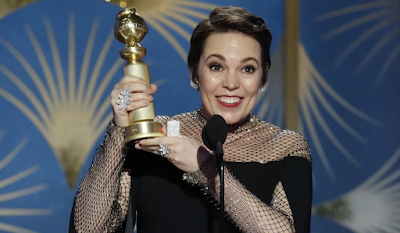 A remarkable factoid to add to Fulton's "237 weeks graphic" on Christian Bale is about his co-winner during the award shows. Bale won for best male actor at the Golden Globes and the Critic's Choice, as Olivia Colman did at both ceremonies for best female actress too. (See also "Coleman Name Game.")

(Richard Nixon was giving a State of the Union address that night.) 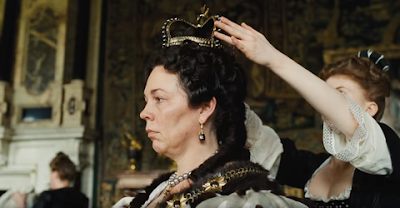 Sarah Caroline Olivia Colman (born January 30, 1974) is an English actress. Colman was born in Norwich, Norfolk, the daughter of Mary (Leakey), a nurse, and Keith Colman, a chartered surveyor. She played and won for her Queen Anne role in The Favourite. The movie was directed by Yorgos Lanthimos (born May 27, 1973). 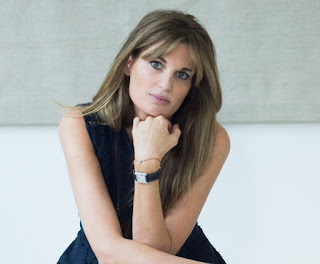 Jemima Marcelle Khan (née Goldsmith, born 30 January 1974) is a British TV, film and documentary producer and founder of Instinct Productions, a television production company. She was formerly a journalist, and associate editor of The New Statesman, a British political and cultural magazine, and European editor-at-large for Vanity Fair.  Goldsmith married Pakistani cricketer and politician Imran Khan in 1995, and had two sons. The couple divorced in 2004.

Predictions are based on human behavior and anniversary syndromes, which are complex. Using cryptokubrology, I expect March 7, 2019, (Kubrick’s death date & Eyes Wide Shut's near release date + 20 yrs) to be significant this year.

"It's also worth noting that the 237th month since Eye Wide Shut's release will commence on March 16, ending on April 16," Fulton said for 2019. 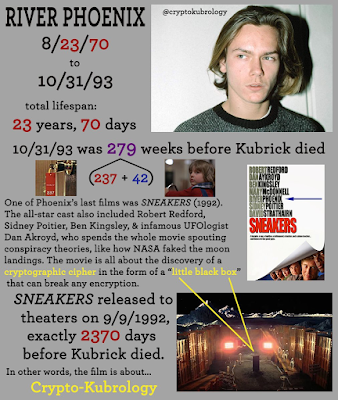 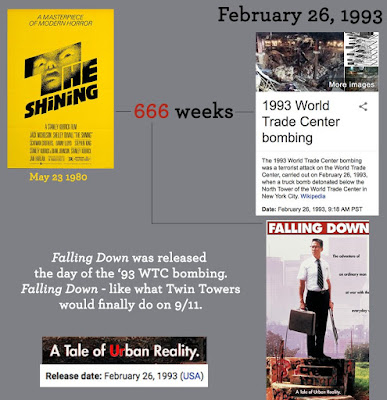 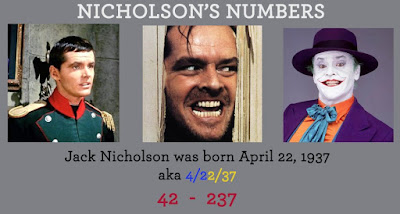 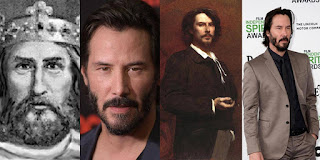 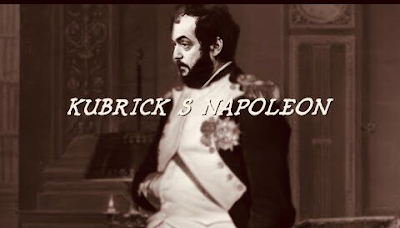 For those looking deeply into the cryptokubrology within True Detective, please note that Season 1’s director and Season 1's, 2's, & 3’s executive producer is Cary Joji Fukunaga, who has been pegged by HBO to helm Kubrick’s unfinished Napoleon.

The Ortolan Connection at the Golden Globes 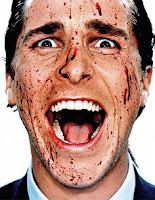 and for more on Bale's "Trump-like" roles, see here.